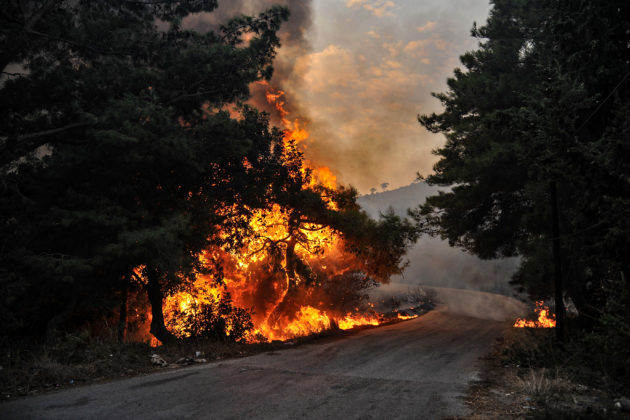 FILE PHOTO: A fire burns at a forest in Latakia province, Syria in this handout released by SANA on October 9, 2020. SANA/Handout via REUTERS