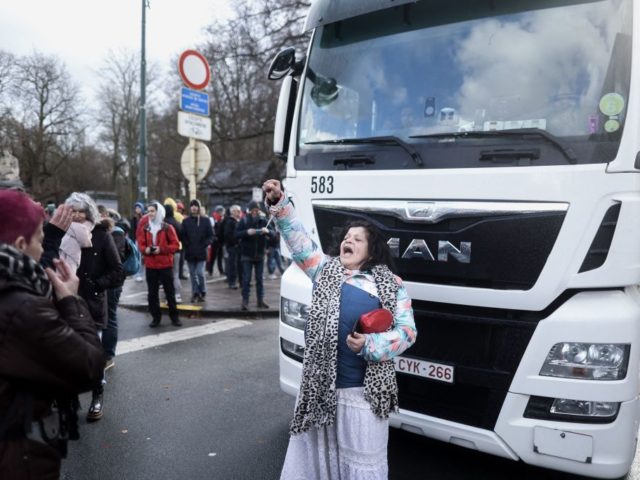 Proverbs 22:8 “Whoever sows injustice will reap calamity, and the rod of his fury will fail.” 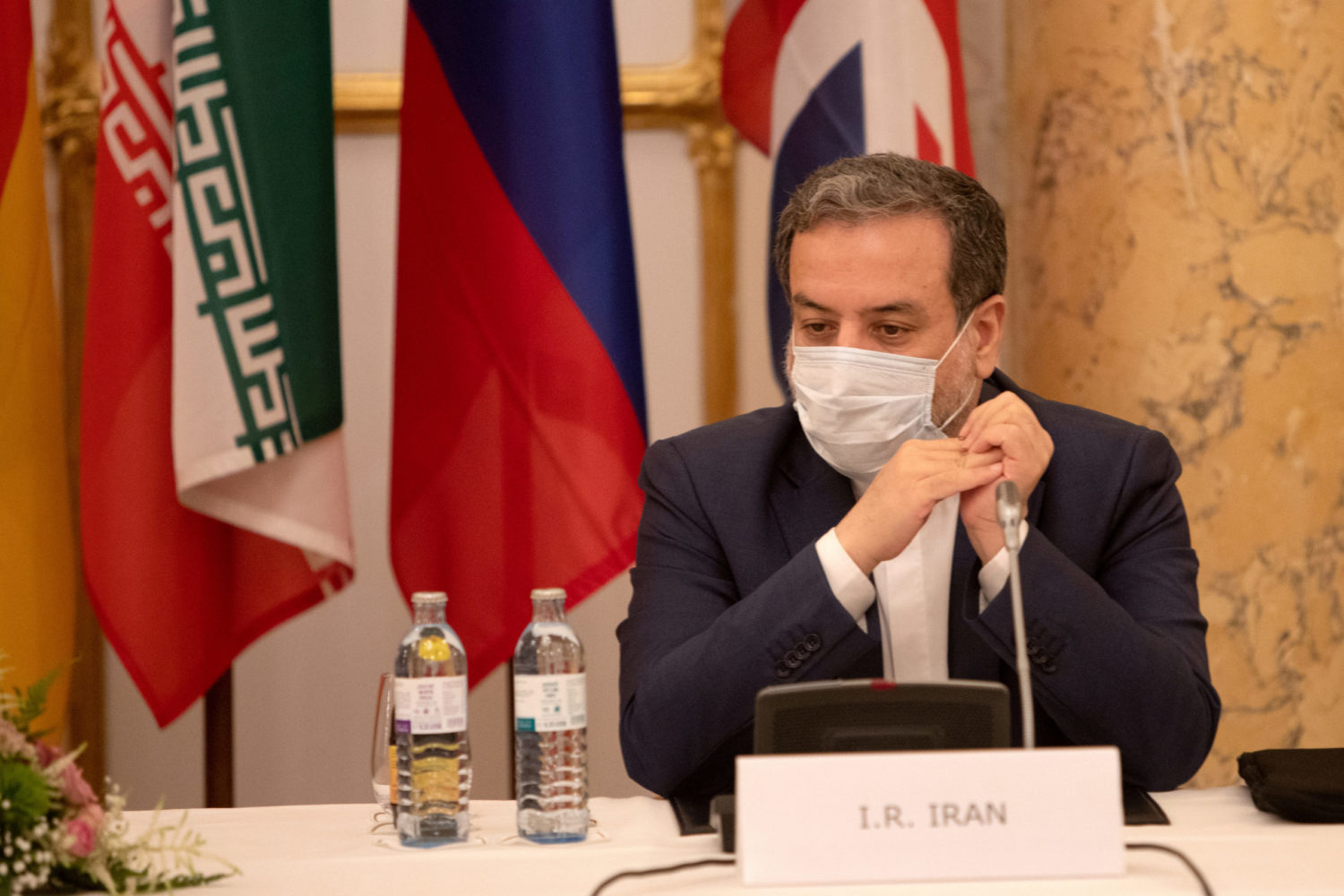 DUBAI (Reuters) -Iran’s chief negotiator said on Tuesday talks to save the 2015 nuclear accord were moving forward despite difficulties but warned Tehran would stop the negotiations if faced with “unreasonable demands” or time wasting.

Iran and world powers have made headway in the Vienna talks though much more work is needed, a senior European Union official said, with meetings to resume next week after consultations in their respective capitals.

“The Iranian delegation will stop the talks whenever the process of negotiations leads to unreasonable demands, waste of time and irrational bargaining,” Araqchi was quoted as saying.

“It is too early to judge the outcome or to say whether we are optimistic or pessimistic, but we think we are on the right track,” Araqchi told state television.

Hardline-led Iranian news agencies quoted an unnamed source as saying the United States was only planning to issue temporary waivers instead of permanently lifting sanctions, which Washington re-imposed on Tehran after withdrawing from the nuclear accord in 2018.

“America’s intention is not to lift the sanctions completely and to be satisfied with temporary waivers on some sanctions in order to simply return to the nuclear accord so that it can use the possibility of the snapback mechanism against Iran,” Fars news agency quoted the source as telling state-run Press TV.

But Araqchi, widely seen as a pragmatist, said on Twitter: “I don’t know who the ‘informed source’ of Press TV in Vienna is, but s/he is certainly not ‘informed’.”

Under the 2015 deal, Iran agreed to curb its nuclear work in return for relief from U.S. and other sanctions. The accord includes the option of a snapback of U.N. sanctions if Iran breaches the deal, requiring Tehran to suspend all nuclear enrichment-related activities, including research development.

Earlier on Tuesday, Iran’s government said it began enriching uranium to 60% purity to show its technical capacity after a sabotage attack at a nuclear plant, and added the move is quickly reversible if the United States lifts sanctions.

(Reporting by Dubai newsroom;Editing by Alison Williams and Cynthia Osterman) 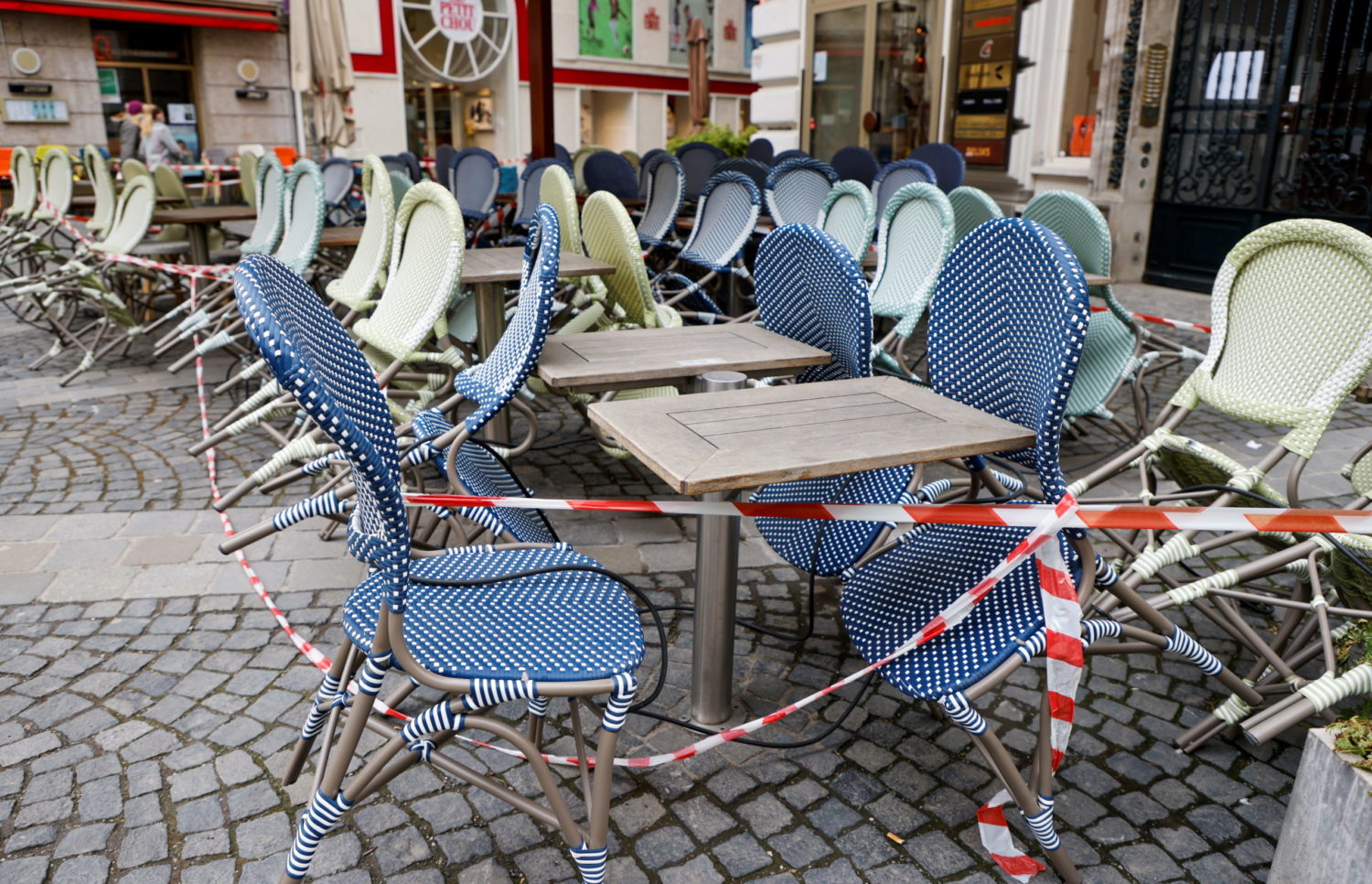 VIENNA (Reuters) – Austria has postponed the reopening of café, restaurant and bar terraces planned for March 27 due to rising coronavirus cases and is preparing for regions to adapt restrictions locally, the government said on Monday.

The number of new infections reported rose above 3,500 on Friday, the highest level since early December, when cases were falling during the second national lockdown.

The government met with the governors of its nine provinces on Monday to review its plan to let terraces reopen next weekend in all but one of them, after the small Alpine province of Vorarlberg got a head start earlier this month.

“The experts have advised us not to carry out any more loosening of restrictions here, unfortunately,” Chancellor Sebastian Kurz said of most provinces, adding three hard-hit eastern ones including Vienna would work on extra measures.

A government source said loosening of restrictions could happen in some regions after Easter if intensive-care figures are stable.

Last week the hardest-hit provinces were Vienna and the province surrounding it, Lower Austria, as well as Burgenland, which borders Hungary. The latest government data shows them in the top five in terms of infection rates and intensive care bed use, with Salzburg and Upper Austria. 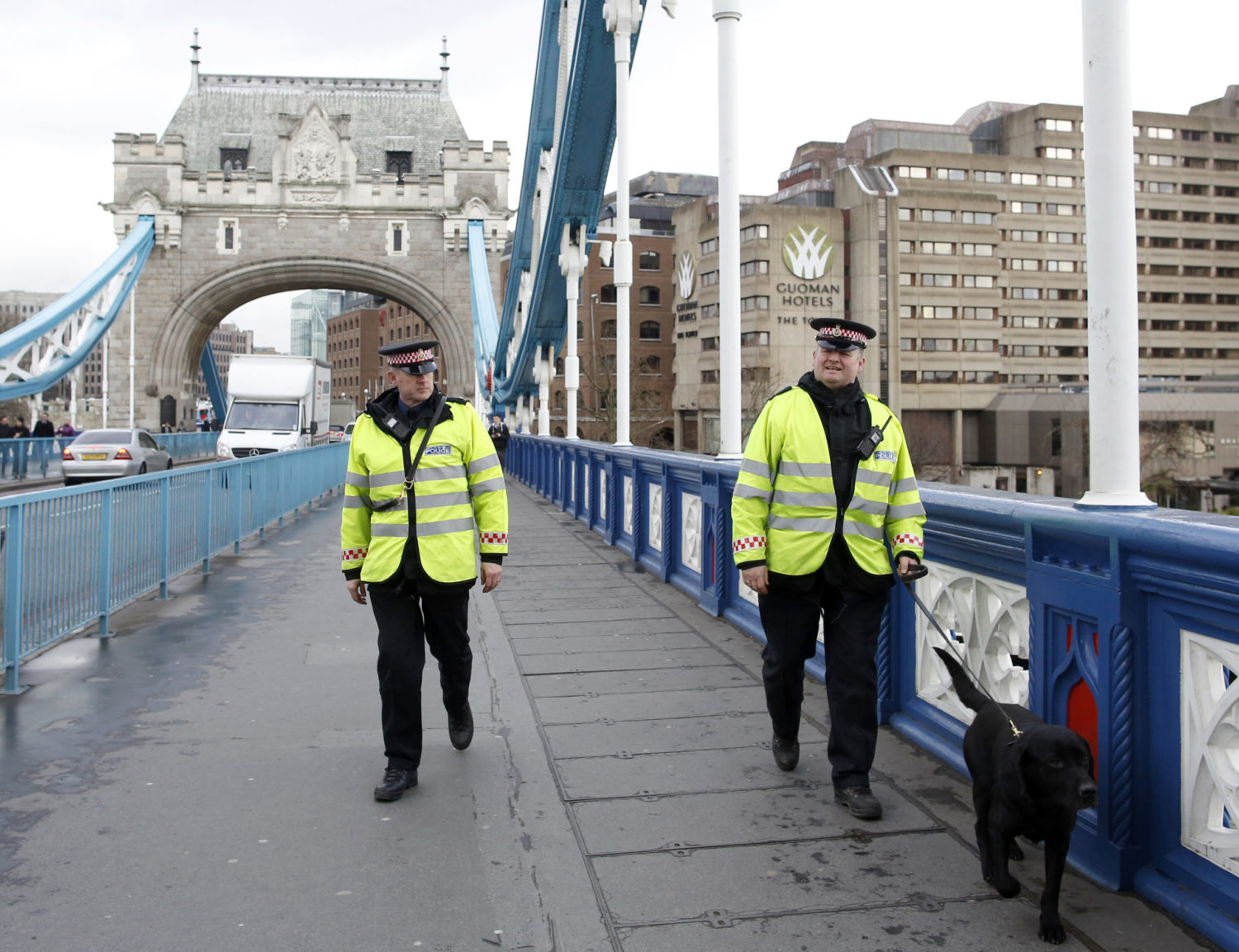 The change, which means an attack is now seen as highly likely, comes the day after a gunman in Vienna identified as a convicted jihadist killed four people in a rampage overnight. France has also suffered three attacks in recent weeks.

“This is a precautionary measure following the terrible instances that we’ve seen in France last week, and the events that we saw in Austria last night,” Patel said in a televised statement

She said the public should not be alarmed and that the change in threat level was not based on any specific threat.

The new threat level means an attack is highly likely, according to the government’s classification system. The previous ‘substantial’ level meant an attack was likely.

Britain’s threat level is assessed by the Joint Terrorism Analysis Centre which is accountable to the domestic intelligence agency MI5 and made up of representatives from 16 government departments and agencies. 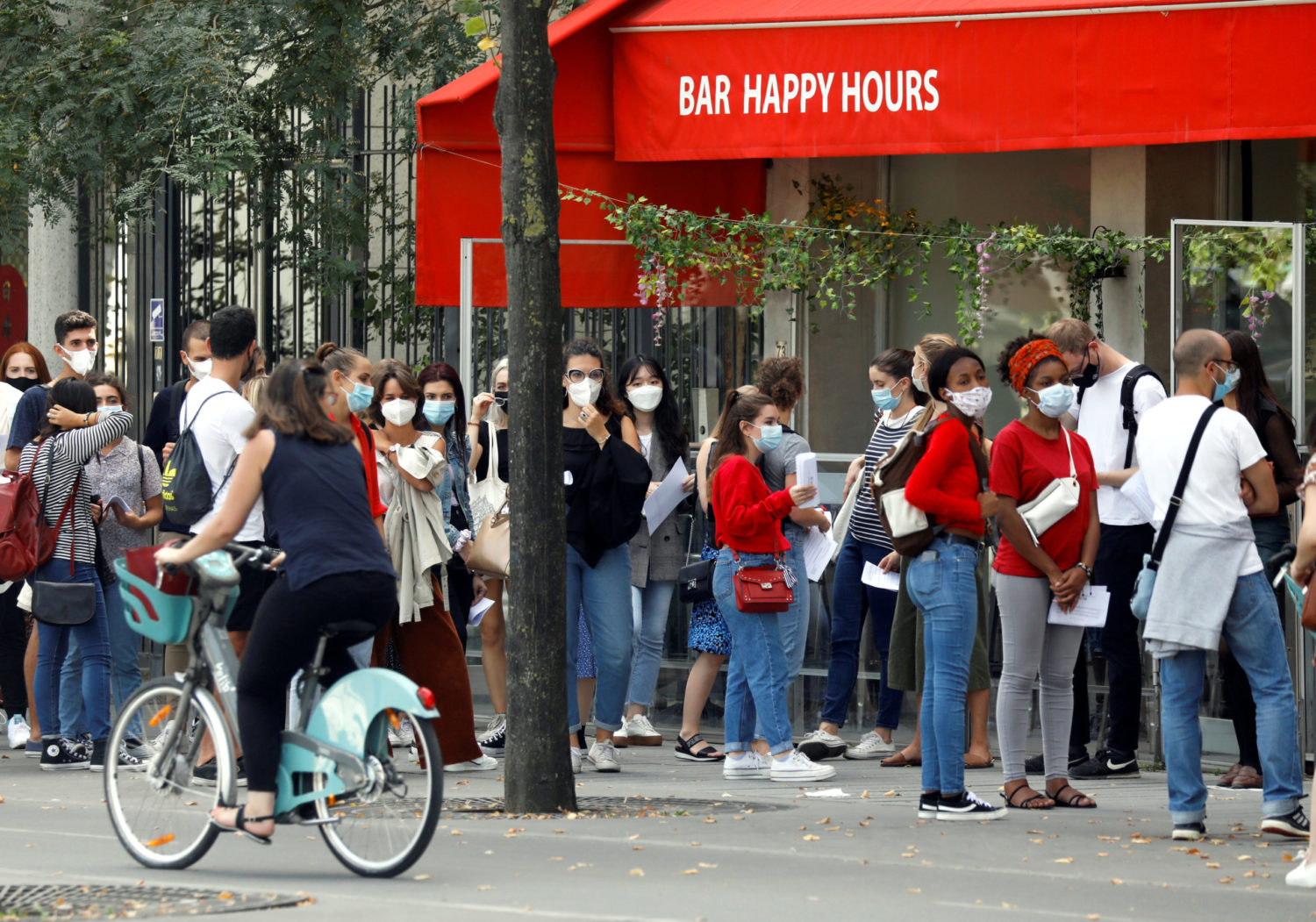 ZURICH (Reuters) – Switzerland has added the regions around Paris and Vienna to its list of areas with high COVID-19 infection rates requiring incoming travelers to enter quarantine for 10 days.

The government said it was adopting a regional approach for neighboring countries for the measures which will come into force on Sept. 14. As part of this, it named Ile de France and the Vienna region as areas with a raised risk of infection.

The government also put the Czech Republic and all of Spain on its list of entire countries with a quarantine requirement, which already includes the United States,  India and Brazil.

“It is not a good idea to go to high-risk areas,” Health Minister Alain Berset told a media conference, advising Swiss travelers to steer clear of places on the list.

Switzerland, which has had quarantine restrictions since July 6, said it was responding to a spike in infection numbers in the country.

Switzerland reported 528 new cases of the coronavirus on Friday, the highest daily rise in infections since early April.

As part of its new approach, the government said only regions of neighboring countries where the infection rate is above its limit of 60 cases per 100,000 people will be added to the list, rather then the entire country.

Border regions may be exempted from the list to take into account the close interaction with neighboring regions, it said.

Thousands of workers cross Switzerland’s borders with France, Germany and Italy daily to work in Geneva, Basel and the southern canton of Ticino.