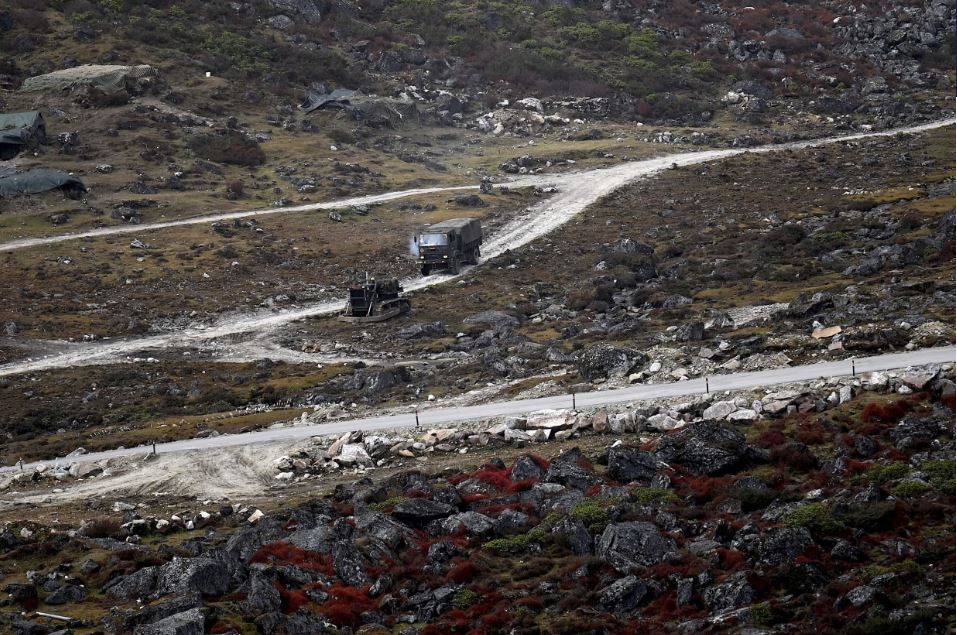 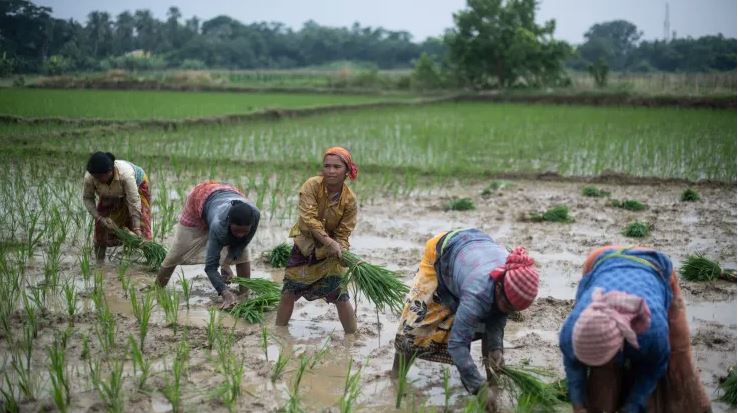 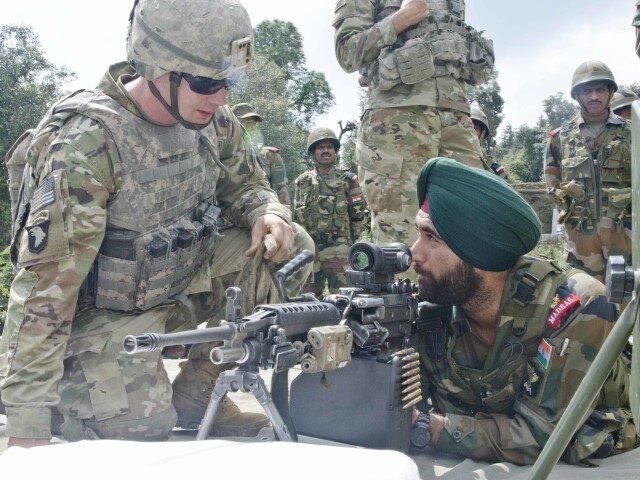 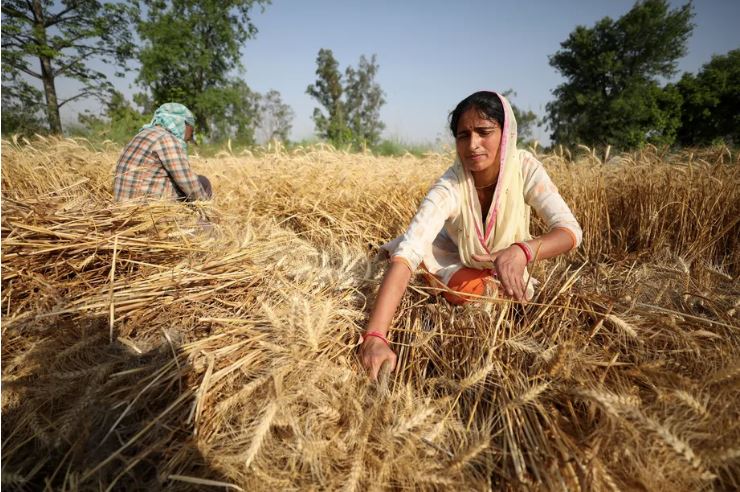 Matt 24:6,7 Then he said to them: “Nation will rise against nation, and kingdom against kingdom. 7 There will be great earthquakes, famines and pestilences in various places, and fearful events and great signs from heaven. 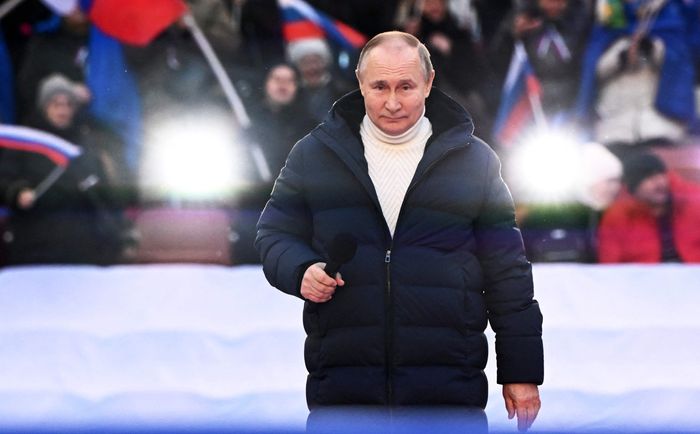 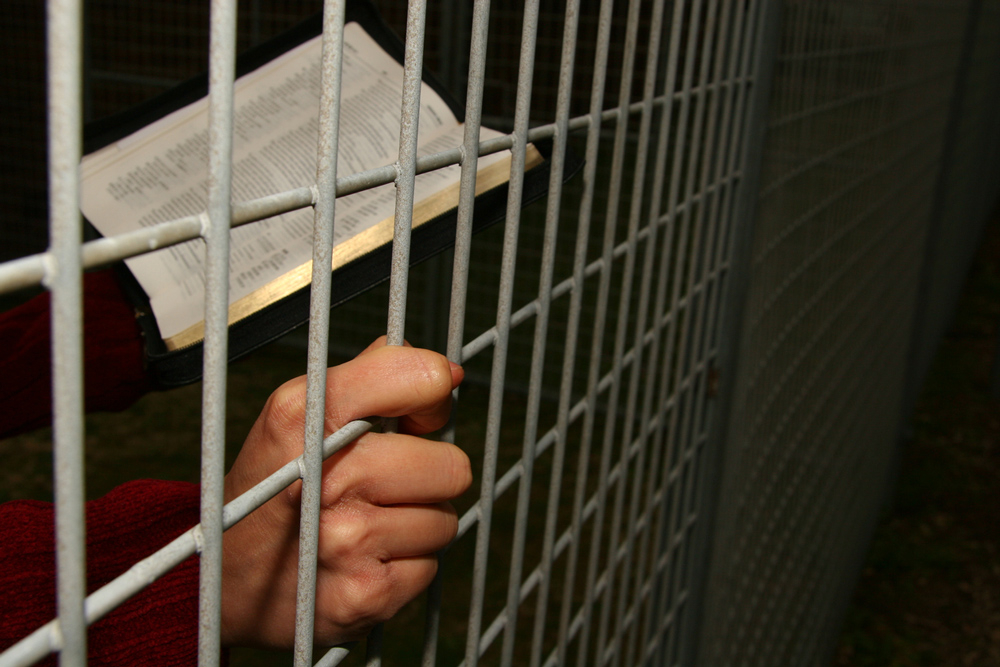 Matthew 5:10-12 “Blessed are those who are persecuted for righteousness’ sake, for theirs is the kingdom of heaven. “Blessed are you when others revile you and persecute you and utter all kinds of evil against you falsely on my account. Rejoice and be glad, for your reward is great in heaven, for so they persecuted the prophets who were before you.” 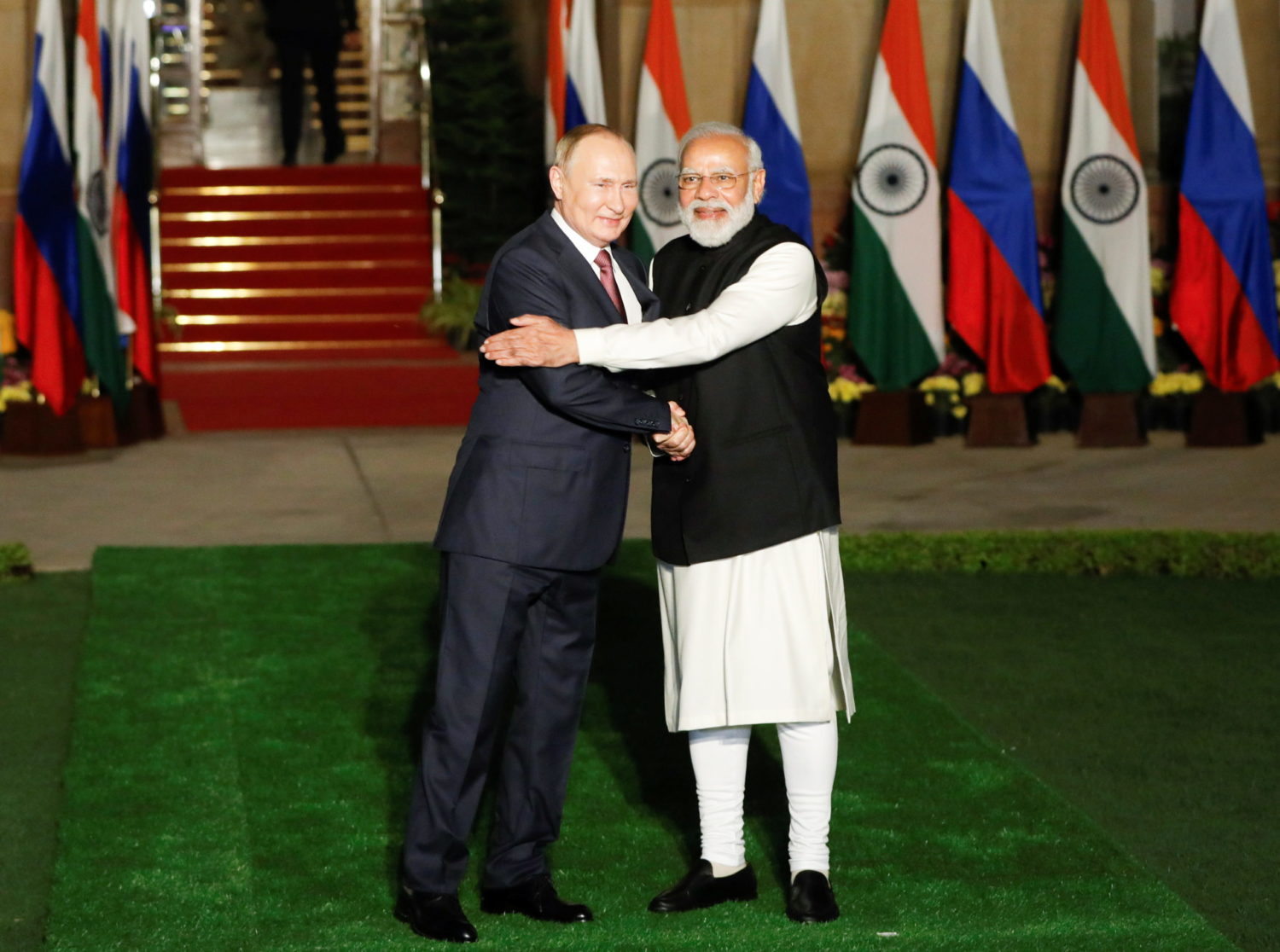 By Alasdair Pal and Neha Arora

NEW DELHI (Reuters) – Russia and India signed a flurry of trade and arms deals during President Vladimir Putin’s visit to New Delhi for talks with Prime Minister Narendra Modi on Monday, including one that will see India produce more than 600,000 Kalashnikov assault rifles.

Putin travelled to India with Russia’s defense and foreign ministers in a visit that saw the two countries reinforce their ties with a military and technical cooperation pact until 2031 and a pledge to boost annual trade to $30 billion by 2025.

The Russian president is visiting India amid increasingly strained relations between Russia and the United States, also a key Indian ally, which has expressed reservations about the growing military cooperation between Moscow and New Delhi.

A joint statement published after the talks said Russia and India had “reiterated their intention to strengthen defense cooperation, including in the joint development of production of military equipment.”

In addition to the deal for India to produce AK-203 assault rifles, Russia said it was interested in continuing to provide S-400 air defense missile systems.

India’s Foreign Secretary Harsh Vardhan Shringla said the two countries had signed 28 investment pacts, including deals on steel, shipbuilding, coal and energy. He added that a 2018 contract for the S-400 missile systems was currently being implemented.

“Supplies have begun this month, and will continue to happen,” he said, referring to the S-400.

The deal with Moscow puts India at risk of sanctions from the United States under a 2017 U.S. law aimed at deterring countries from buying Russian military hardware.

Russian oil company Rosneft said it signed a contract with Indian Oil to supply up to 2 million tonnes of oil to India by the end of 2022.

The countries also signed a memorandum of understanding for Russia to send an uninterrupted supply of coal to India to support its steel production, among other deals.

Putin and Modi also discussed the situation in Afghanistan, voicing their commitment to ensure that the country will never become a safe haven for international terrorism.

(Reporting by Alasdair Pal in New Delhi and Gabrielle Tétrault-Farber in Moscow; Editing by Alex Richardson and Paul Simao) 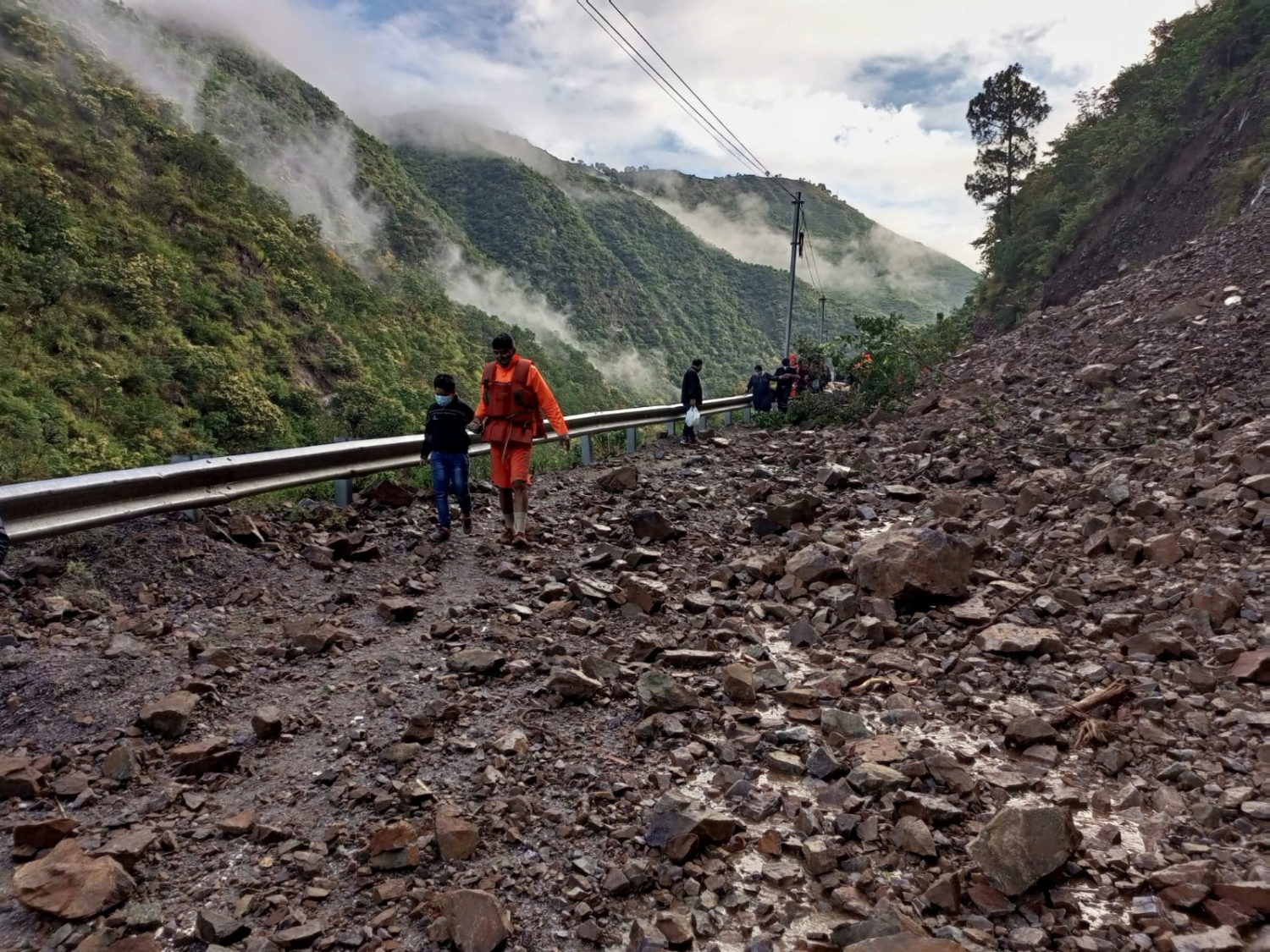 In Nainital, a popular tourist destination in the Himalayan state, the town’s main lake broke its banks, submerging the main thoroughfare and damaging bridges and rail tracks.

“Crops and homes have been wiped out, which is a severe blow to families already grappling with the devastating fallout of the COVID-19 pandemic,” said Azmat Ulla, a senior official at the International Federation of Red Crescent Societies.

“The people of Nepal and India are sandwiched between the pandemic and worsening climate disasters, heavily impacting millions of lives and livelihoods.”

Some 42 people have died in the last week in the southern Indian state of Kerala, according to a statement from the chief minister’s office.

In neighboring Nepal, at least 77 people have died.

(Reporting by Saurabh Sharma in Lucknow and Jose Devasia in Kochi, Writing by Alasdair Pal; Editing by Simon Cameron-Moore and Nick Macfie) 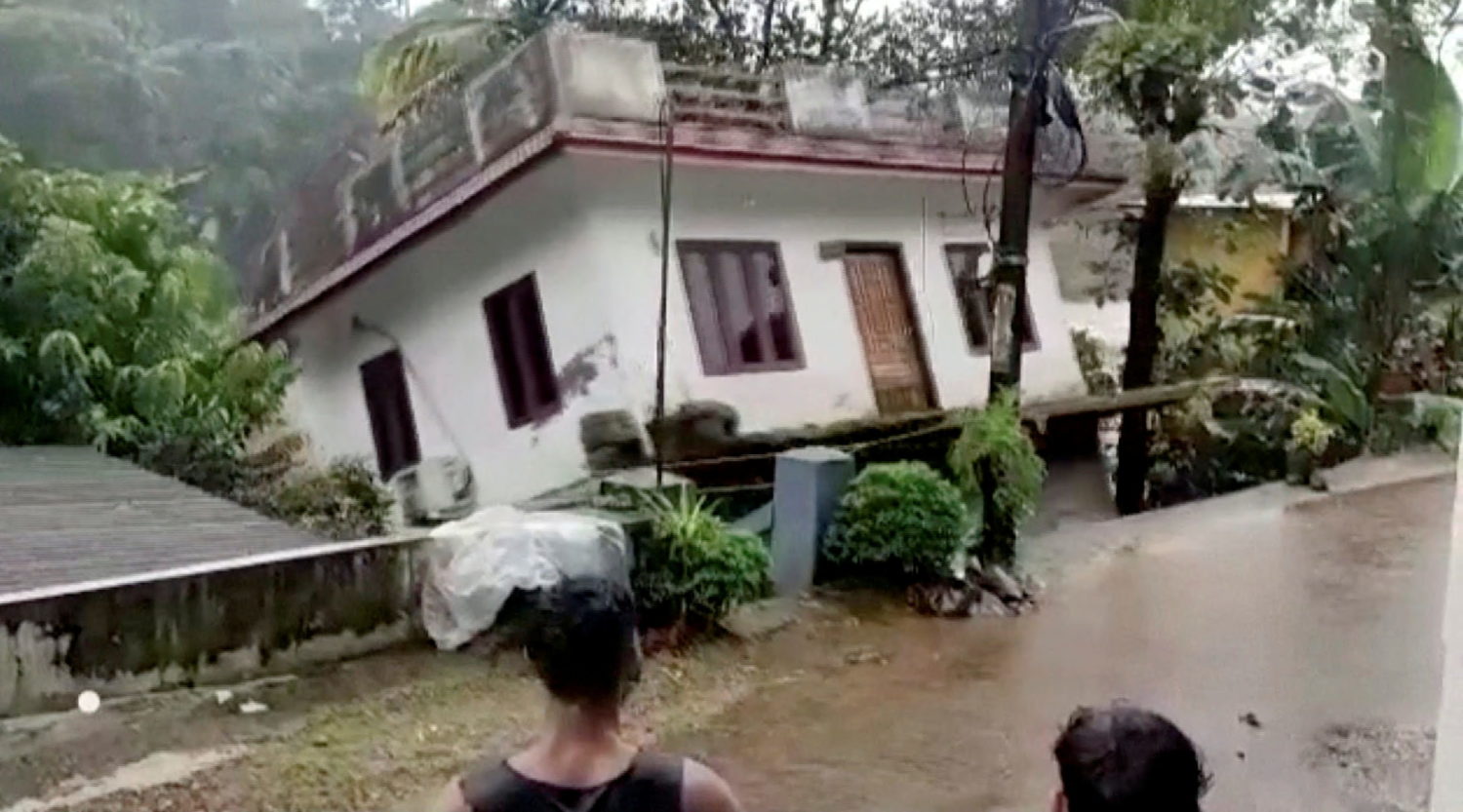 KOCHI, India (Reuters) – Leaders in the southern Indian state of Kerala opened near-overflowing dams on Monday after at least 22 people died when heavy rains lashed the region over the weekend.

Rainfall across Kerala triggered flash floods and landslides in several areas, with the Indian army and navy called out to rescue residents.

Opening dams could reduce the risk of potentially catastrophic overflows like those partly blamed for the state’s worst floods in a century in 2018, when at least 400 people were killed and 200,000 displaced. But by releasing water downstream, areas already experiencing floods could suffer more.

Sheeba George, the top official in Idukki district, told local media that dozens of families had been evacuated from their homes ahead of the dam openings.

At least 13 people were killed by a landslide in the village of Kuttikkal, officials and witnesses said.

“There were four landslides that happened there yesterday, the hill behind me, which brought water and other items downwards,” a local resident told Reuters partner ANI on Sunday, standing in front of a now-barren hillside.

P.K. Jayasree, the top government official in Kottayam district where the landslide took place, said six of the dead were from a single family.

Kerala will receive further widespread rain, including isolated heavy downpours in many areas, for two to three days from Oct. 20, the state government said on Monday. 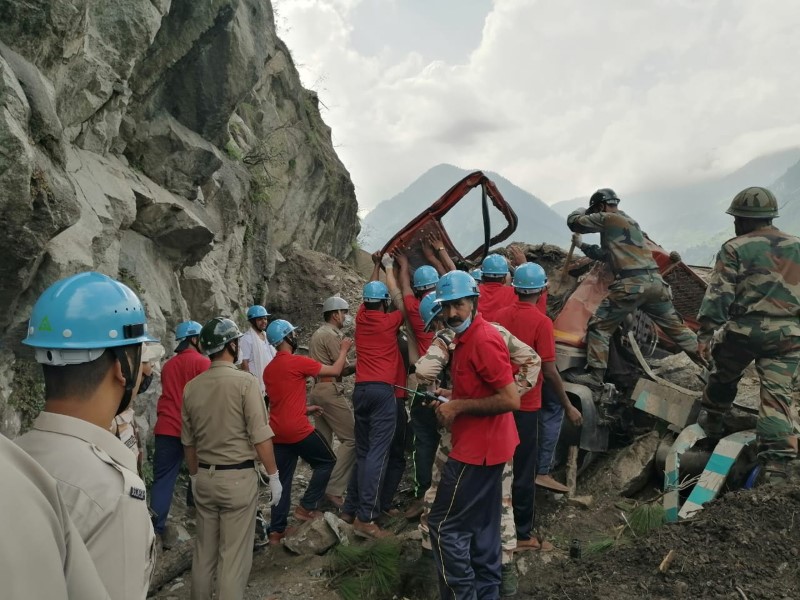 By Devjyot Ghoshal and Alasdair Pal

NEW DELHI (Reuters) -A landslide in the mountainous Indian state of Himachal Pradesh has killed at least 10, injured 14 and left dozens trapped after boulders tumbled on to a major highway on Wednesday, smashing and burying several vehicles, Indian officials said.

Around 30 people are still trapped, including passengers inside a bus lying under the debris, Vivek Kumar Pandey, a spokesman for the paramilitary Indo-Tibetan Border Police, told Reuters.

“There has been a massive landslide on the Reckong Peo-Shimla highway,” Pandey said, later adding that “operations are under way, we are trying to reach the bus.”

Abid Hussain Sadiq, a top government official in the Kinnaur district where the incident happened, said that rescue operations could continue through the night in an attempt to find the survivors.

More than 200 personnel, including from the army, paramilitary forces and local police, are working along a stretch of National Highway 5 that runs along the Sutlej river and connects northern India to the border with China, officials said.

Local police chief Saju Ram Rana said the landside, which happened around noon on Wednesday, loosened large boulders and sent them cascading down the steep mountainside, blocking about 150 meters of the highway.

“The debris fell from quite high up,” Rana told Reuters, adding that heavy machinery was being brought in to clear the area.

In pictures shared by authorities on social media, helmeted rescue workers can be seen scrambling around the mangled remains of vehicles stranded among rocks and loose earth.

In late July, at least nine people were killed by a landslide in a different part of Kinnaur district, and dozens have been left stranded by landslides and flooding in recent weeks in another area of Himachal Pradesh, a scenic Himalayan state popular with tourists.