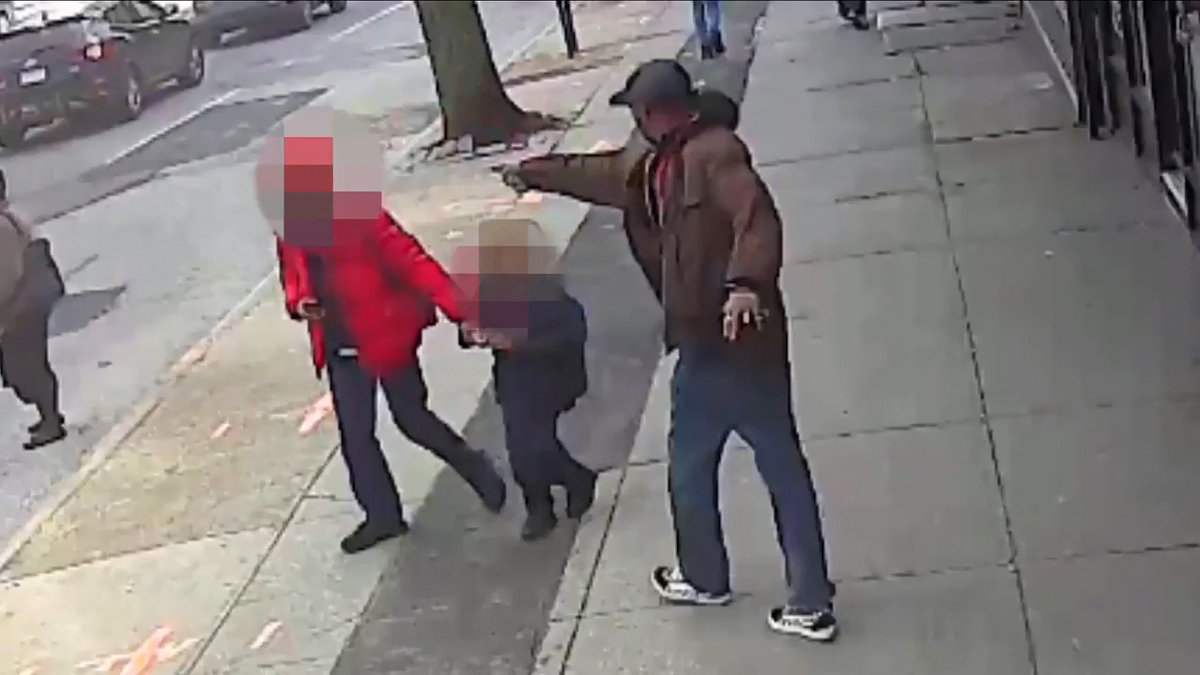 NEW YORK (Reuters) – The New York State attorney general’s office said on Thursday it would investigate the fatal shooting by police of an unarmed black man in Brooklyn after he pointed a metal pipe at officers that they believed was a gun. 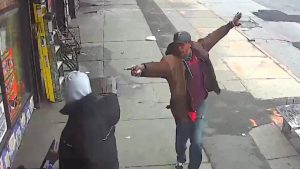 Saheed Vassell points a metal pipe at a pedestrian in Brooklyn April 4, 2018, in a still image from surveillance video released by the New York Police Department in New York City, New York, U.S. on April 5, 2018. NYPD/Handout via REUTERS

The death of Saheed Vassell on Wednesday was the latest fatal shooting of an unarmed black man by police, fueling more protests and heightening a nationwide debate over the use of excessive force by police and accusations of racial bias in the criminal justice system.

More than 200 demonstrators and activists took to the streets of the Crown Heights neighborhood in which Vassell was shot, chanting “Justice for Saheed.”

“They murdered my son and I want justice for him,” Lorna Vassell, his mother, said at the protest.

The family has demanded a coroner’s inquest.

Police said Vassell was killed by officers responding to reports of a man aiming a gun at pedestrians. When the officers arrived, police said, Vassell took a two-handed shooting stance and pointed an object at them.

The officers believed the suspect was holding a firearm, a senior police official told a news conference on Wednesday, and three plainclothes officers and one uniformed officer fired 10 shots. Vassell died in a hospital. 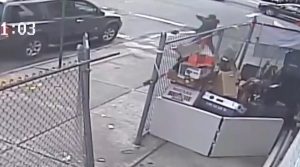 Saheed Vassell points a metal pipe before being shot to death by police in Brooklyn April 4, 2018, in a still image from surveillance video released by the New York Police Department in New York City, New York, U.S. on April 5, 2018. NYPD/Handout via REUTERS

Police on Thursday released security camera footage that showed Vassell approaching people on the street and pointing the pipe at them as if it were a pistol. They also released partial transcripts of three 911 emergency calls.

“There’s a guy walking around the street, he looks like he’s crazy but he’s pointing something at people that looks like a gun and he’s pulling the trigger,” one of the callers said.

Local media reported that Vassell was 34 years old, suffered from mental illness, and was well known in parts of Crown Heights.

His killing followed the fatal shooting by police of an unarmed black man, Stephon Clark, 22, in Sacramento, California, that has sparked more than two weeks of demonstrations.

Officers responding to a report of someone breaking windows killed Clark on March 18 in his grandmother’s backyard. The officers feared he had a gun, but it turned out he was holding a cellphone, Sacramento police said. 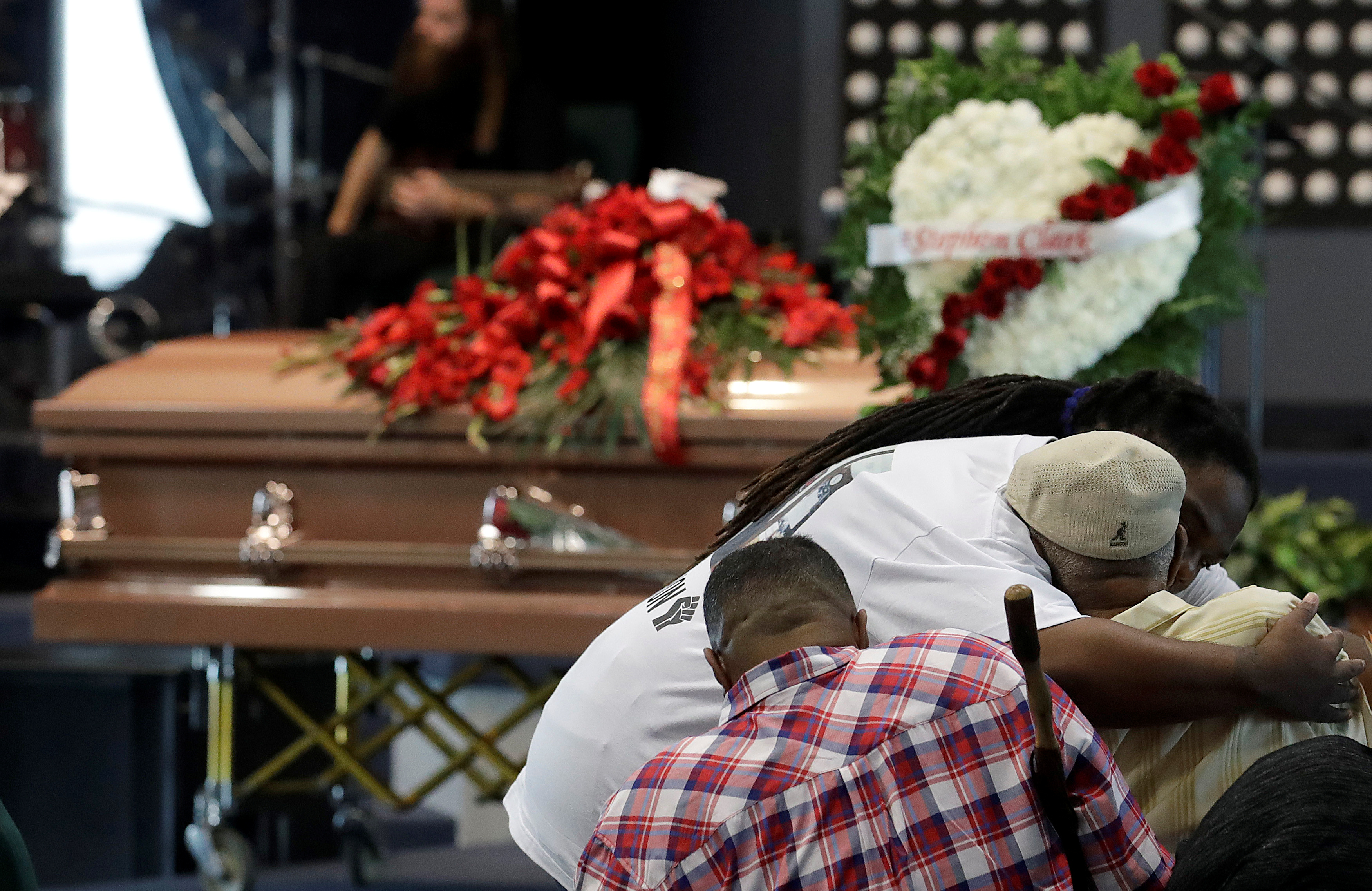 (Reuters) – Autopsy results will be announced on Friday for Stephon Clark, a black man who was unarmed when he was shot and killed by police in Sacramento, California in his grandparent’s back yard, his family’s attorney said.

Clark’s death was the most recent of in a string of fatal shootings of black men by police that have triggered protests across the United States and renewed a national debate about bias in the U.S. criminal justice system.

Clark was shot on the night of March 18 in his grandparents’ backyard by police responding to a report that someone was breaking windows. Police said the officers who shot at Clark 20 times feared he was holding a firearm, but that he was later found to have been holding a cellphone.

The attorney representing Clark’s family Ben Crump and his legal team will announce on Friday morning the results of an independent autopsy that was conducted on the remains of the 22-year-old father of two, Crump said in a statement.

The shooting has sparked largely peaceful demonstrations in California’s capital city. On several occasions over the last two weeks, protesters have marched along city streets, held demonstrations and twice blocked fans from reaching games played by the Sacramento Kings NBA basketball team at the Golden 1 Center.

On Thursday, at least 60 protesters gathered outside the Sacramento County District Attorney’s Office, holding signs such as “Prosecute” and “Justice for Stephon Clark.”

At the funeral service for Clark earlier in the day, veteran civil rights leader the Rev. Al Sharpton addressed a congregation of hundreds.

“We’re going to make (U.S. President) Donald Trump and the whole world deal with the issue of police misconduct,” he said.

The service at a church in California’s capital city came a day after White House spokeswoman Sarah Sanders told reporters the shooting was a “local matter.” Sharpton criticized that comment and praised protesters who have blocked traffic in the city, saying they were non-violent. 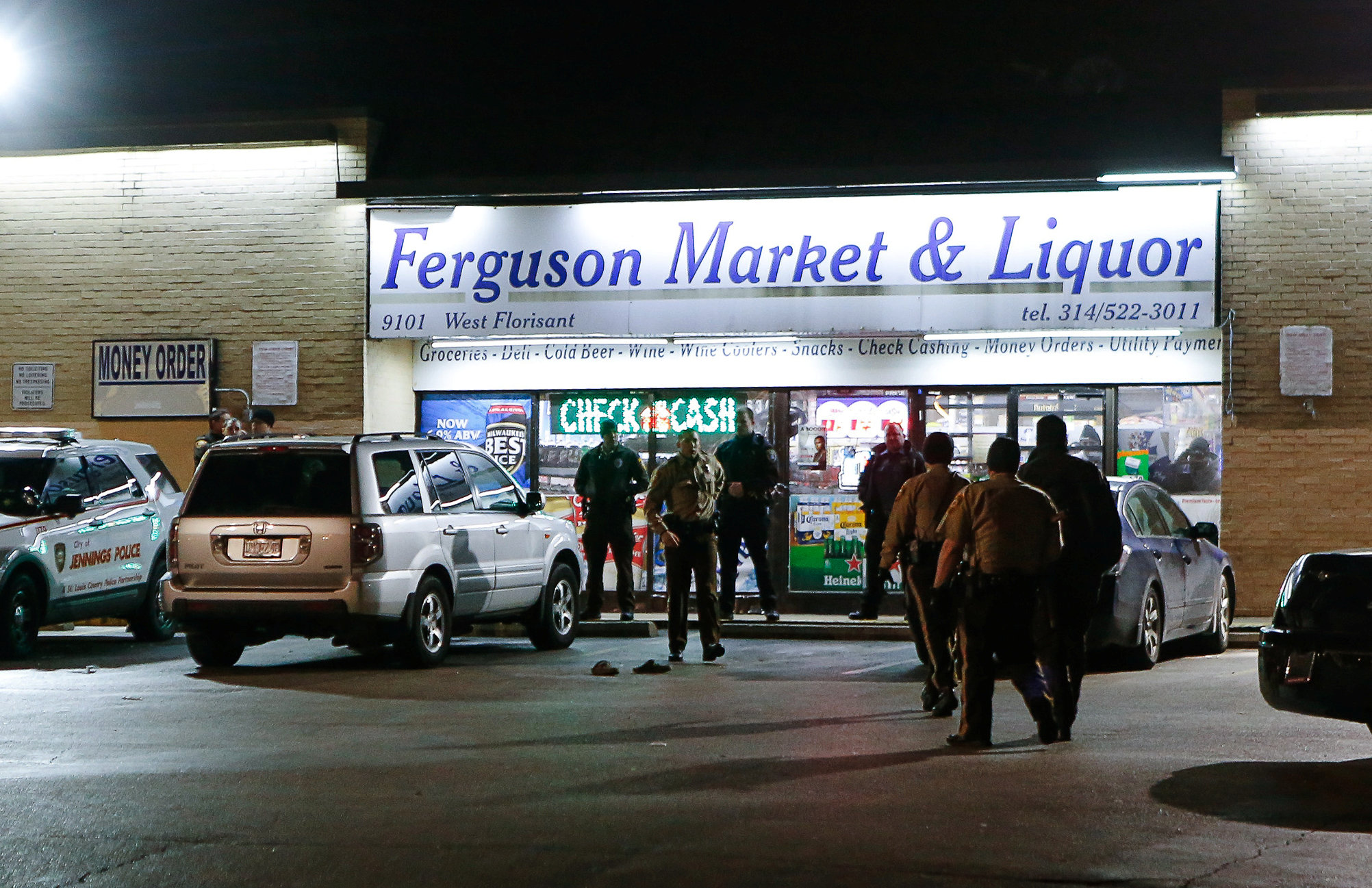 (Reuters) – Previously undisclosed video of Michael Brown, recorded hours before the unarmed black 18-year-old was fatally shot by a white police officer in Ferguson, Missouri, has raised new questions about his final hours.

The footage shows Brown – whose death in 2014 prompted national protests and kindled a debate about how U.S. police treat minorities – at a convenience store the night before he was killed. It was unearthed by a documentary filmmaker, according to the New York Times.

Shortly after Brown’s death, local police released video of a later visit to the same store, Ferguson Market and Liquor, which showed Brown pushing a worker before walking out with cigarillos in an apparent robbery.

Brown’s family and protesters criticized the release of the video as an effort to demonize the teenager.

The new video, which appears in the documentary “Stranger Fruit,” an extract of which was published by the Times, shows Brown in an earlier, seemingly more amicable exchange.

The video shows Brown giving store employees what appears to be a small bag, the contents of which the employees pass around and sniff. One employee gives Brown two boxes of cigarillos in a carrier bag.

Brown takes a few steps away before turning back and handing the bag back to an employee who appears to stash it behind the counter.

Jason Pollock, the documentary filmmaker, said the video shows Brown exchanging marijuana for cigarillos and undermines the police account that Brown may have robbed the store.

“Mike traded the store a little bag of weed and got two boxes of cigarillos in return,” Pollock says in the documentary. “He left his items at the store and he went back the next day to pick them up. Mike did not rob the store.”

Brown’s mother, Lesley McSpadden, also appears in the documentary, saying, “There was some type of exchange, for one thing, for another.”

Jay Kanzler, a lawyer for the convenience store, was quoted by the Times as disputing the filmmaker’s explanation, saying the store did not exchange anything with Brown.

“The reason he gave it back is he was walking out the door with unpaid merchandise and they wanted it back,” Kanzler was quoted as saying.

Kanzler did not respond to a request for comment.