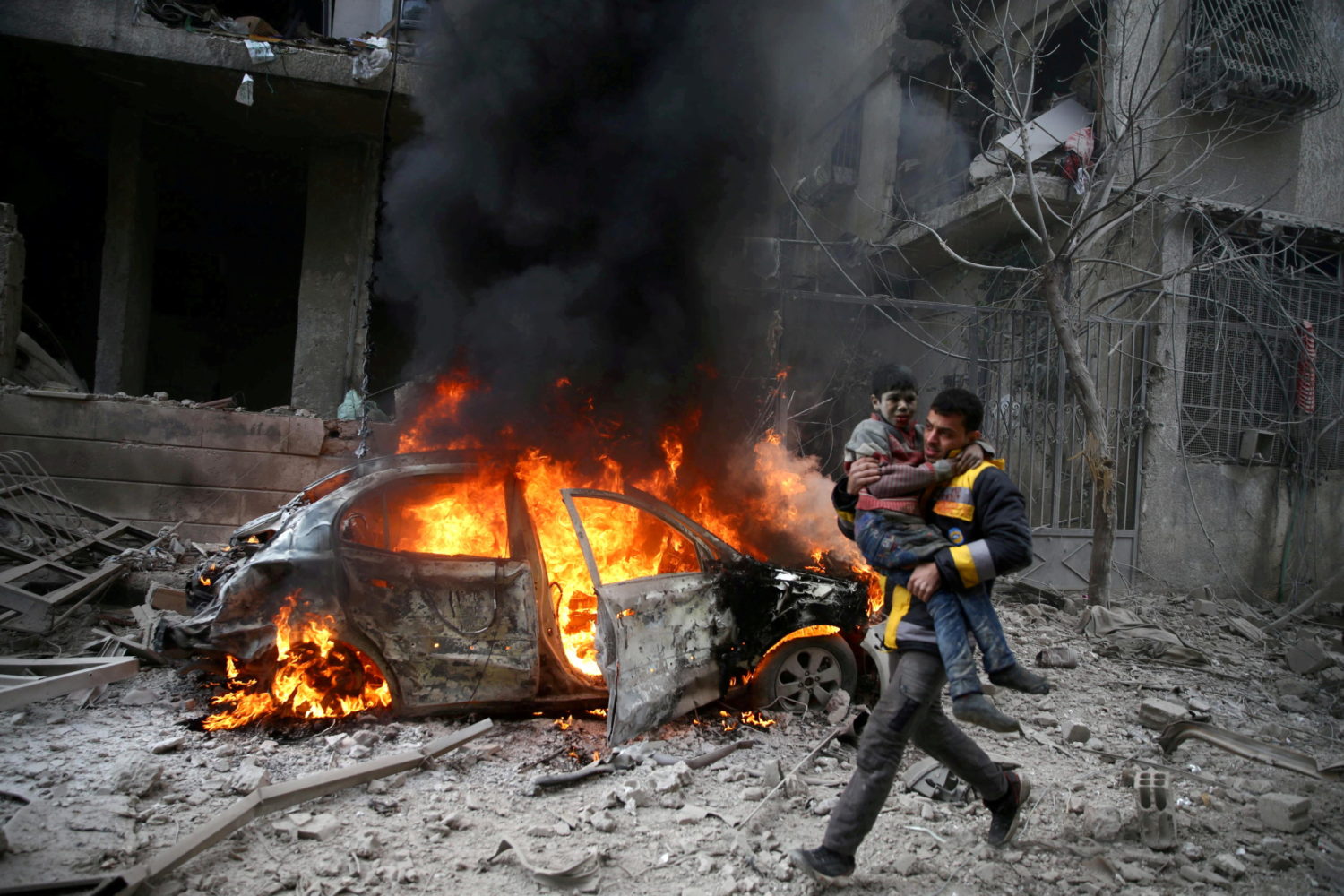 GENEVA (Reuters) – At least 350,209 people have been killed in the decade-old war in Syria, the United Nations human rights office said on Friday in its first report since 2014 on the death toll, adding that the tally was an “undercount.”

The figure includes civilians and combatants and is based on strict methodology requiring the full name of the deceased, as well as an established date and location of death.

“On this basis, we have compiled a list of 350,209 identified individuals killed in the conflict in Syria between March 2011 to March 2021,” U.N. High Commissioner for Human Rights Michelle Bachelet told the Human Rights Council.

One in every 13 victims was a woman or a child, she said.

“It indicates a minimum verifiable number, and is certainly an under-count of the actual number of killings,” she added.

Her office was working on a statistical model to provide a more complete picture, which could also help establish accountability for some killings, she said.

The largest number of documented killings, 51,731, was recorded in Aleppo governorate, long held by the opposition, which became a flashpoint in the conflict.

The war, which spiraled out of an uprising against President Bashar al-Assad’s rule, sparked the world’s biggest refugee crisis. Syria’s neighbors host 5.6 million refugees, while European countries are hosting more than 1 million.

Assad has recovered most of Syria, but significant areas remain outside his control: Turkish forces are deployed in much of the north and northwest – the last major bastion of anti-Assad rebels – and U.S. forces are stationed in the Kurdish-controlled east and northeast.

Bachelet said the previous update by her office, in August 2014, reported that at least 191,369 people had been killed in the war.

The Syrian Observatory for Human Rights says that 500,000 people have been killed in the war and that it is examining a further 200,000 cases.

“It is very difficult to give a statistic that is close to reality,” Rami Abdurrahman, director of the British-based group, told Reuters in Beirut. “There are a lot of names and there has to be documentation to make sure.”

Karen Koning AbuZayd, a member of the U.N. Commission of Inquiry on Syria investigating war crimes, told the council on Thursday that incidents of unlawful and incommunicado detention by government forces remain “unabated.”

“This is no time for anyone to think that Syria is a country fit for its refugees to return. The war on Syrian civilians continues,” she said.