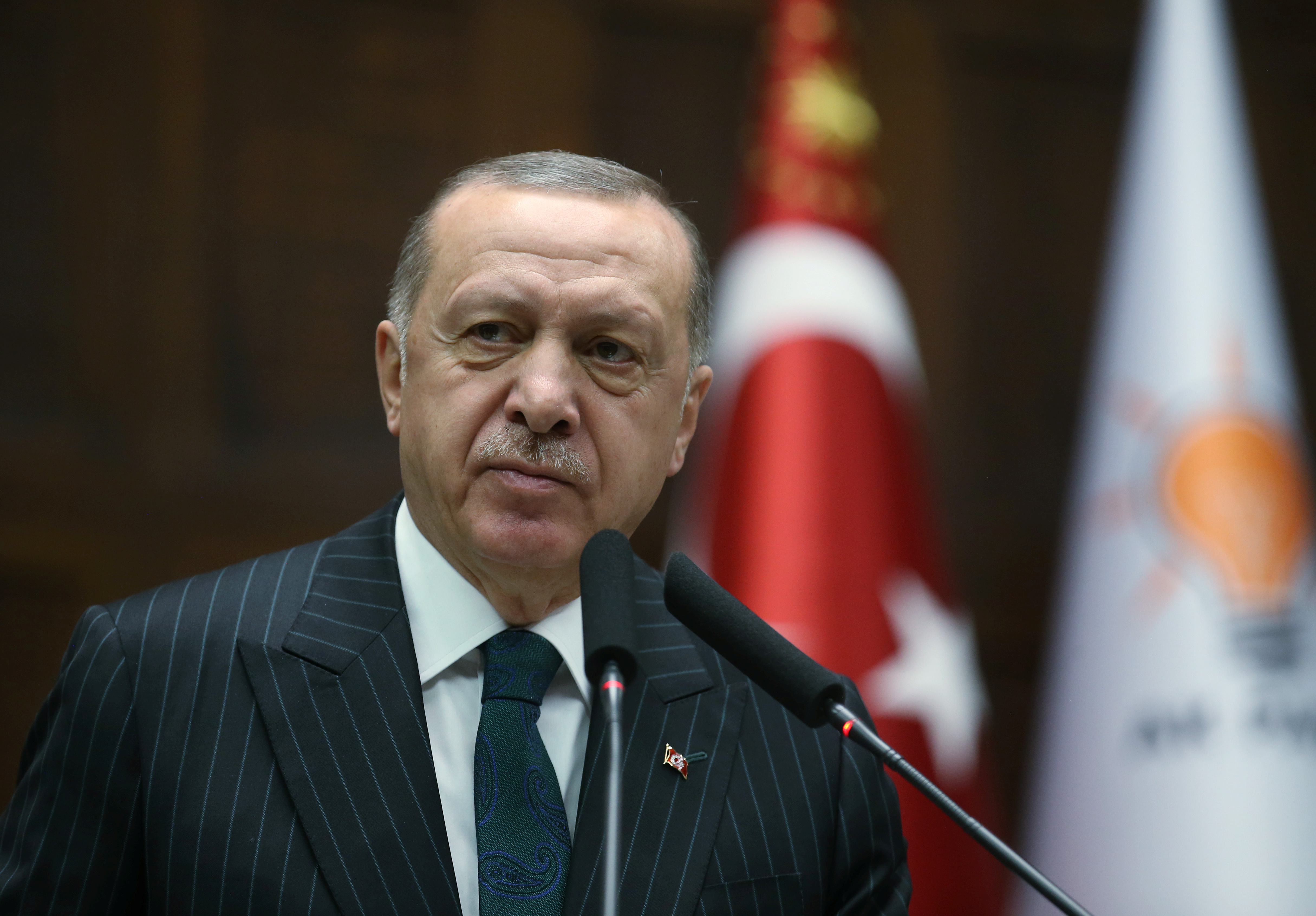 By Vladimir Soldatkin and Maria Kiselyova

MOSCOW (Reuters) – Turkey and Russia agreed a ceasefire deal on Thursday in Syria’s Idlib region, their two leaders said after lengthy talks in Moscow to contain a conflict which has displaced nearly a million people in three months.

Russian President Vladimir Putin, standing next to his Turkish counterpart Tayyip Erdogan, said he hoped their agreement would lead to a halt of military action in Syria’s last rebel stronghold in the far northwest of the country.

“I express hope that these agreements will serve as a good basis for a cessation of military activity in the Idlib de-escalation zone (and) stop the suffering of the peaceful population and the growing humanitarian crisis,” Putin said.

Erdogan told reporters the truce would come into effect at midnight on Thursday. “We will work together to supply aid for the Syrians in need,” he said, adding that Turkey retained the right “to respond to all (Syrian) regime attacks in the field.”

Russia and Turkey back opposing sides in Syria’s nine-year conflict, with Moscow supporting President Bashar al-Assad and Turkey backing some rebel groups. They have in recent years reached several ceasefire deals in Idlib which have collapsed.

Russian air strikes have propelled an offensive by Assad’s forces in Idlib that sparked what the United Nations says may be the worst humanitarian crisis yet in a war that has driven millions from their homes and killed hundreds of thousands.

The Russian military has, however, repeatedly played down any talk of a refugee crisis and accused Turkey of violating international law by pouring enough troops into Idlib to make up a mechanised division.

Turkey, which has the second largest army in the transatlantic NATO alliance, has funnelled troops and equipment into the region in recent weeks to resist the Syrian government advance and prevent a wave of refugees over its southern border.

Russia also raced to reinforce its troops in Syria by sea and air before the Putin-Erdogan talks.

The Kremlin said the two leaders had spoken for three hours on their own before being joined by their officials.

The two leaders also agreed to establish a secure corridor near the M4 highway, which runs east to west through Idlib, and hold joint patrols along the road from March 15.

In a joint statement read out by the Turkish and Russian foreign ministers, the two sides said the corridor would stretch 6 km to the north and 6 km to the south of the M4 – effectively advancing Russia’s presence further north into Idlib.

They said their defence ministers would agree on the parameters of the corridor within seven days.

The fighting, which has raised the prospect of a direct clash between Russia and Turkey, has killed 60 Turkish troops in the region since last month, including the death of a Turkish soldier reported by a regional governor on Thursday.

Putin expressed his regret to Erdogan about the recent killing of 34 Turkish troops in an air strike, saying the Syrian military had not known of their location.

Ahead of the talks, at least 16 civilians were killed when Russian air strikes hit a gathering of displaced people near the town of Maarat Misrin in Idlib, according to civil defence workers helping clear the rubble and search for survivors.

The Turkish defence ministry said it had destroyed four tanks, five rocket launchers and a dozen military vehicles in artillery and air strikes in the last 24 hours.

Turkey hosts some 3.6 million Syrian refugees and says it cannot handle more. Seeking to extract more funding and support from Europe over Idlib, Ankara said last week it would no longer abide by a 2016 deal in which it stopped migrants crossing into the European Union in return for billions of euros in aid. 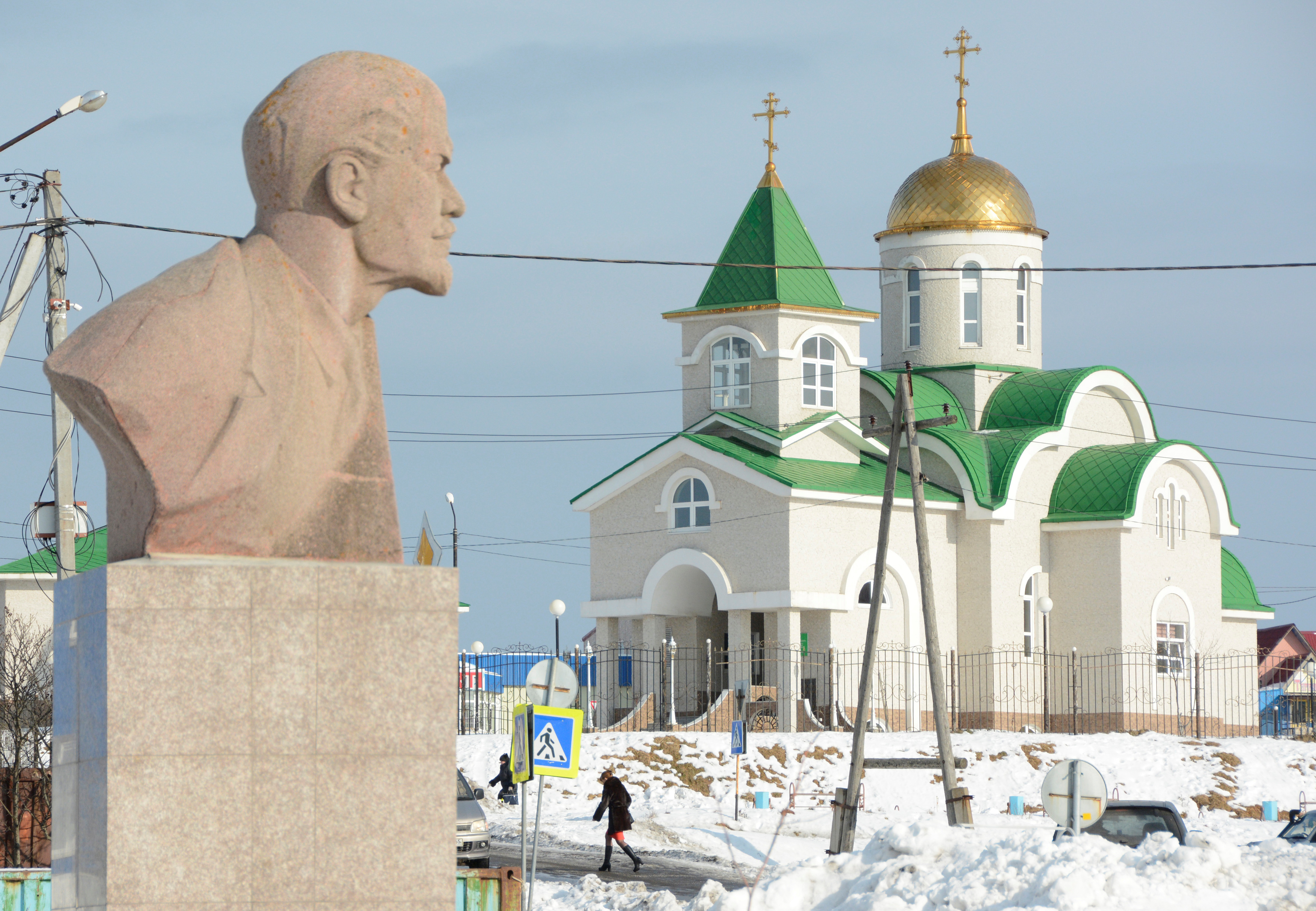 MOSCOW (Reuters) – Russia said on Monday it had built new barracks for troops on a disputed chain of islands near Japan and would build more facilities for armored vehicles, a move likely to anger Tokyo after it urged Moscow to reduce its military activity there.

The announcement, from the Ministry of Defence, said Moscow planned to shift troops into four housing complexes on two of the four disputed islands, known as the Southern Kurils in Russia and the Northern Territories in Japan, next week.

The news came after the Kremlin said Japanese Prime Minister Shinzo Abe might visit Russia on Jan. 21 as the two countries step up a push to defuse the territorial dispute to allow them to sign a World War Two peace treaty, something the disagreement over the Pacific islands has long prevented. 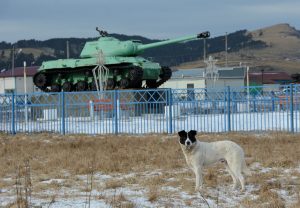 FILE PHOTO: A dog stands in front of a Soviet IS-2 tank, a World War II monument, in the village of Malokurilskoye on the island of Shikotan, Southern Kurils, Russia, December 18, 2016. REUTERS/Yuri Maltsev/File Photo

There was no immediate reaction from Japan. Tokyo said in July it had asked Russia to reduce its military activity on the islands, a plea Moscow dismissed as unhelpful megaphone diplomacy at the time.

Soviet forces seized the four islands at the end of World War Two and Moscow and Tokyo both claim sovereignty over them. Diplomats on both sides have spoken of the possibility of reviving a Soviet-era draft agreement that envisaged returning two of the four islands as part of a peace deal.

But tensions have remained high. Tokyo says it is concerned by what it regards as an unhelpful Russian military build-up on the islands – which has included warplane, missile defense and other deployments. Moscow, meanwhile, says it is perturbed by Japan’s roll-out of the Aegis Ashore U.S. missile system.

Russian politicians say they fear Japan might agree to deploy U.S. missile facilities on the islands if it ever got any of them back and that Moscow could only countenance a deal if it received a cast-iron guarantee that ruled out such a scenario.

In the meantime, Moscow is fortifying the islands.

The Defence Ministry said on Monday it wanted troops and their families to move into the two new housing complexes on one of the four islands, Iturup (Etorofu in Japan), and into two others on the island of Kunashir (Kunashiri in Japan), on Dec. 25.

It said troops were moved into two such similar facilities last year with three more barracks planned for 2019.

“Also on both islands, we have modern and heated storage facilities for weapons and armored vehicles,” the ministry said in a statement, adding that more such facilities were planned.