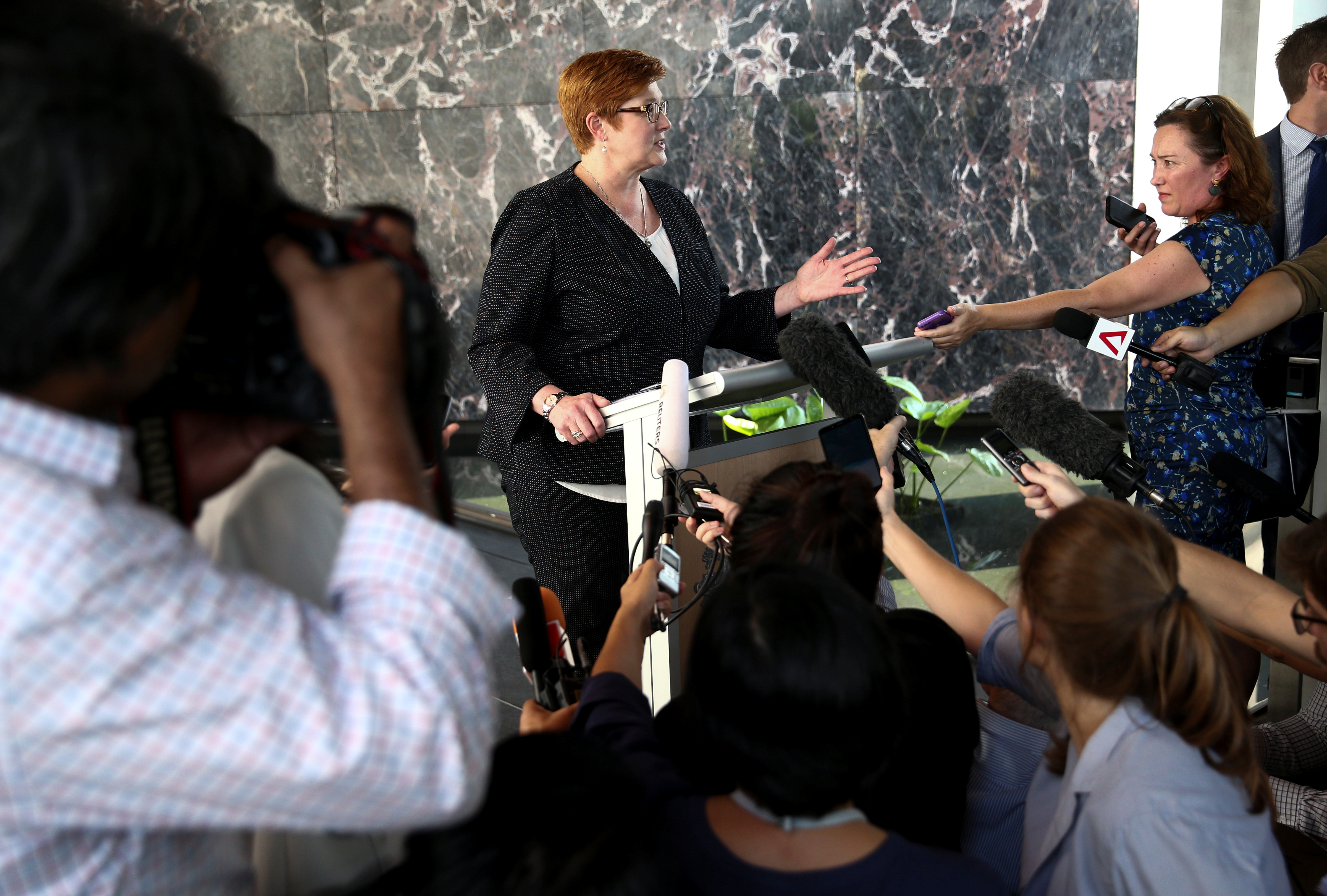 BANGKOK (Reuters) – Australian Foreign Minister Marise Payne said on Thursday there was no timeframe for the assessment of the case of Rahaf Mohammed al-Qunun, a Saudi woman who fled to Thailand saying she feared her family would kill her.

The U.N. refugee agency has referred Qunun to Australia for consideration for refugee resettlement.

“Following the UNHCR referrals, Australia is now going through the steps we are required to do in relation to the assessment process and then when that is complete an announcement will be made,” Payne said in Bangkok, after arriving on a visit arranged before Qunun sought asylum. 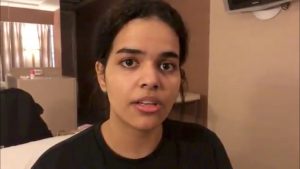 Rahaf Mohammed al-Qunun, a Saudi woman who claims to be fleeing her country and family, is seen in Bangkok, Thailand January 7, 2019 in this still image taken from a video obtained from social media. TWITTER/ @rahaf84427714/via REUTERS

Qunun is staying in a Bangkok hotel under the care of the UNHCR.

She arrived in Thailand on Saturday and was initially denied entry. She had been intending to fly from there to Australia to seek asylum.

She soon started posting messages on Twitter from the transit area of Bangkok’s Suvarnabhumi airport saying she had “escaped Kuwait” and her life would be in danger if forced to return to Saudi Arabia.

Within hours, a campaign sprang up, spread by a loose network of online activists, and the world watched as she refused to board a flight to Saudi Arabia and barricade herself inside a transit lounge hotel room.

On Monday evening, Thai authorities allowed her to enter the country.

Her case has drawn attention to Saudi Arabia’s strict social rules, including a requirement that women have the permission of a male “guardian” to travel, which rights groups say can trap women and girls as prisoners of abusive families.

It comes at a time when Riyadh is facing unusually intense scrutiny from its Western allies over the killing of journalist Jamal Khashoggi at the Saudi consulate in Istanbul in October and over the humanitarian consequences of its war in Yemen.

Payne’s visit has also thrown a spotlight on another refugee case, involving Bahrain footballer Hakeem AlAraibi, who has refugee status in Australia but was arrested at Bangkok airport last year after arriving for his honeymoon.

Bahrain made a request to have him extradited and he is in jail, waiting for a hearing to decide his case.

“I also appreciate the opportunity … to raise Australia’s concern about the detention of and possible return of Mr Hakeem AlAraibi to Bahrain,” Payne told reporters after the meeting.

“The Thai government is aware of the importance of this matter to Australia.”

AlAraibi was convicted for vandalizing a police station in Bahrain and sentenced to 10 years in prison in absentia.

“He has denied all wrongdoing as accused by the Bahrain government,” Nadthasiri Bergman, AlAraibi’s lawyer in Thailand told Reuters.

“He would be put in danger if he is sent back to Bahrain.”

World football governing body FIFA says AlAraibi should be freed and allowed to return to Australia where he plays for Melbourne football club Pascoe Vale in the second tier of the Australian League.

Activists have called on Thai authorities to “show humanity” to AlAraibi in the same way that they did to Qunun.