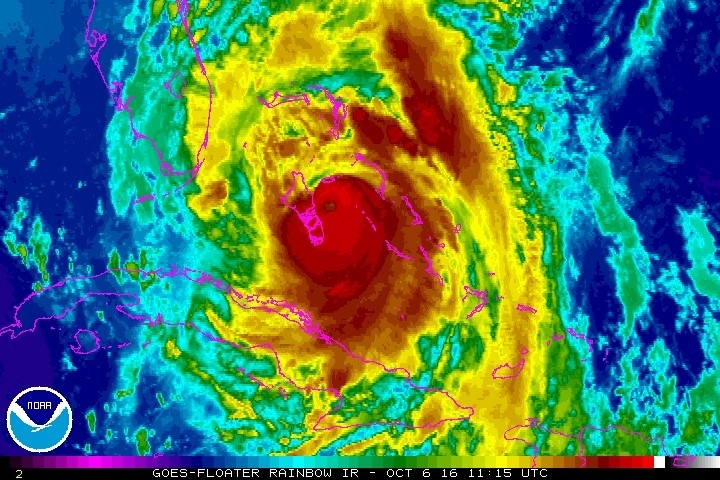 JUPITER, Fla. (Reuters) – Hurricane Matthew, the fiercest Caribbean storm in nearly a decade, slammed into the Bahamas on Thursday and intensified as it barreled toward the southeastern United States after killing at least 39 people, mostly in southern Haiti, on its northward march.

Matthew, which displaced thousands of people in Haiti, smashing homes and inundating neighborhoods, was predicted to strengthen from a Category 3 to 4 storm en route to Florida’s Atlantic coast, making landfall there on Thursday night, the U.S. National Hurricane Center said. 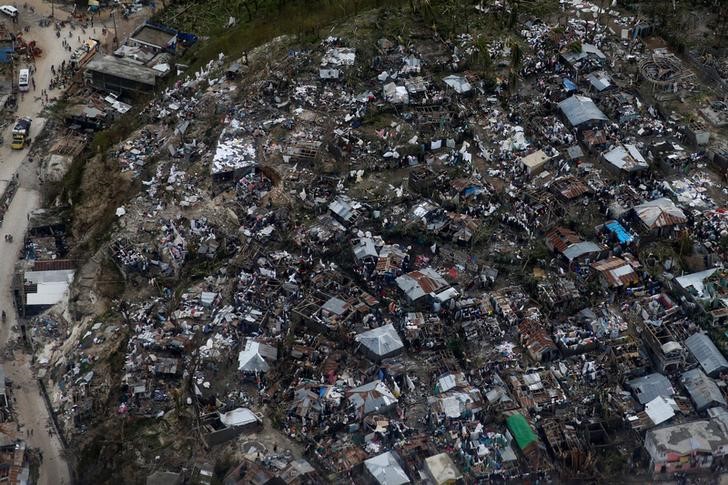 A view of destroyed houses in Jeremie. REUTERS/Carlos Garcia Rawlins

The center extended its hurricane warning area farther north into Georgia and more than 12 million U.S. residents were under hurricane watches and warnings, according to the Weather Channel.

Roads in Florida, Georgia and North and South Carolina were jammed and gas stations and food stores ran out of supplies as the storm approached, carrying with it strong storm surges, heavy rain and sustained winds that accelerated overnight to about 125 miles per hour (205 kph).

The damage could be “catastrophic” if Matthew slammed directly into Florida, Governor Rick Scott warned, urging some 1.5 million people in the state to heed evacuation orders.

“If you’re reluctant to evacuate, just think about all the people who have been killed,” Scott said at a news conference on Thursday. “Time is running out. This is clearly either going to have a direct hit or come right along the coast and we’re going to have hurricane-force winds.”

The four U.S. states in the path of the hurricane, which was 215 miles (346 km) southeast of West Palm Beach at about 8 a.m. EDT (1200 GMT), declared states of emergency, a move empowering their governors to mobilize the National Guard.

It was too soon to predict where in the United States Matthew was likely to do the most damage, the Hurricane Center said. 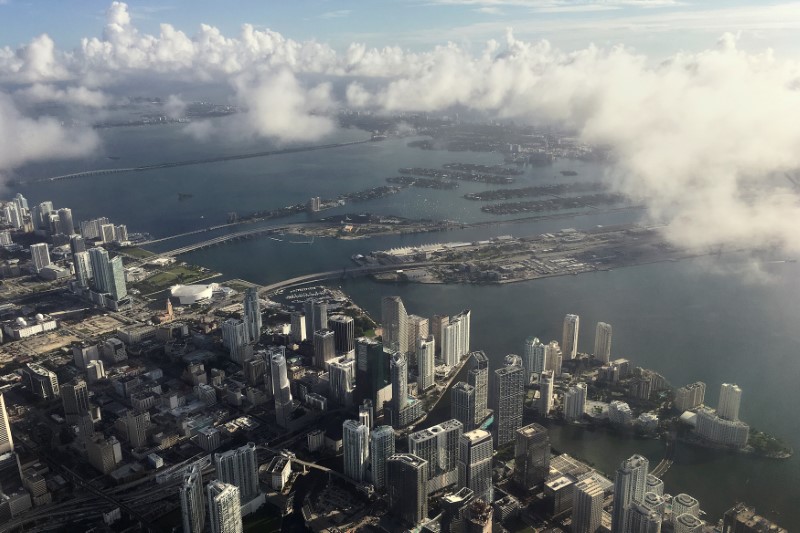 Downtown Miami is pictured in this aerial photo as clouds begin to form in advance of Hurricane Matthew in Miami, Florida, U.S. October 5, 2016. REUTERS/Carlo Allegri

Shelters in Florida, Georgia and South Carolina were opened for evacuees. Federal emergency response teams were coordinating with officials in all four states and stockpiling supplies, President Barack Obama said.

Schools and airports across the region were closed on Thursday and some hospitals were evacuated, according to local media. Hundreds of flights were canceled in and out of Miami, Fort Lauderdale and Orlando, Florida, industry website Flightaware.com said early on Thursday.

Matthew was heading northwest at about 12 mph (19 kph) and was expected to continue on this track on Thursday, turning north-northwest on Thursday night, the National Hurricane Center said. The eye, or center, of the storm was expected to pass near Andros Island and New Providence in the northwestern Bahamas on Thursday.

In Nassau, the Bahamas capital located on New Providence, it was raining steadily on Thursday morning and high winds were bucking palm trees. Minor damage to roofs was reported but there was no flooding yet or reports of injuries.

On Tuesday and Wednesday Matthew, the strongest hurricane in the Caribbean since Felix struck Central America in 2007, had whipped Cuba and Haiti with 140 mph (225 kph) winds and torrential rain, pummeling towns and destroying livestock, crops and homes.

The devastation in Haiti, where officials said on Thursday at least 35 people were killed, prompted authorities to postpone a presidential election.

In Florida, fuel stations posted “out of gas” signs after cars waited in long lines to fill up.

Some residents prepared to wait out the storm and stocked up on water, milk and canned goods, emptying grocery store shelves, local media said.

Residents and business owners boarded up windows with plywood and hurricane shutters and placed sandbags to protect property against flooding.

“All boarded up and ready to bunker down. God be with us,” West Palm Beach resident Brad Gray said in a Tweet.

Scott said he activated 1,000 more members of the state National Guard on Thursday morning, bringing the total number of those summoned to 2,500. Another 4,000 stood ready to respond if needed, he said.