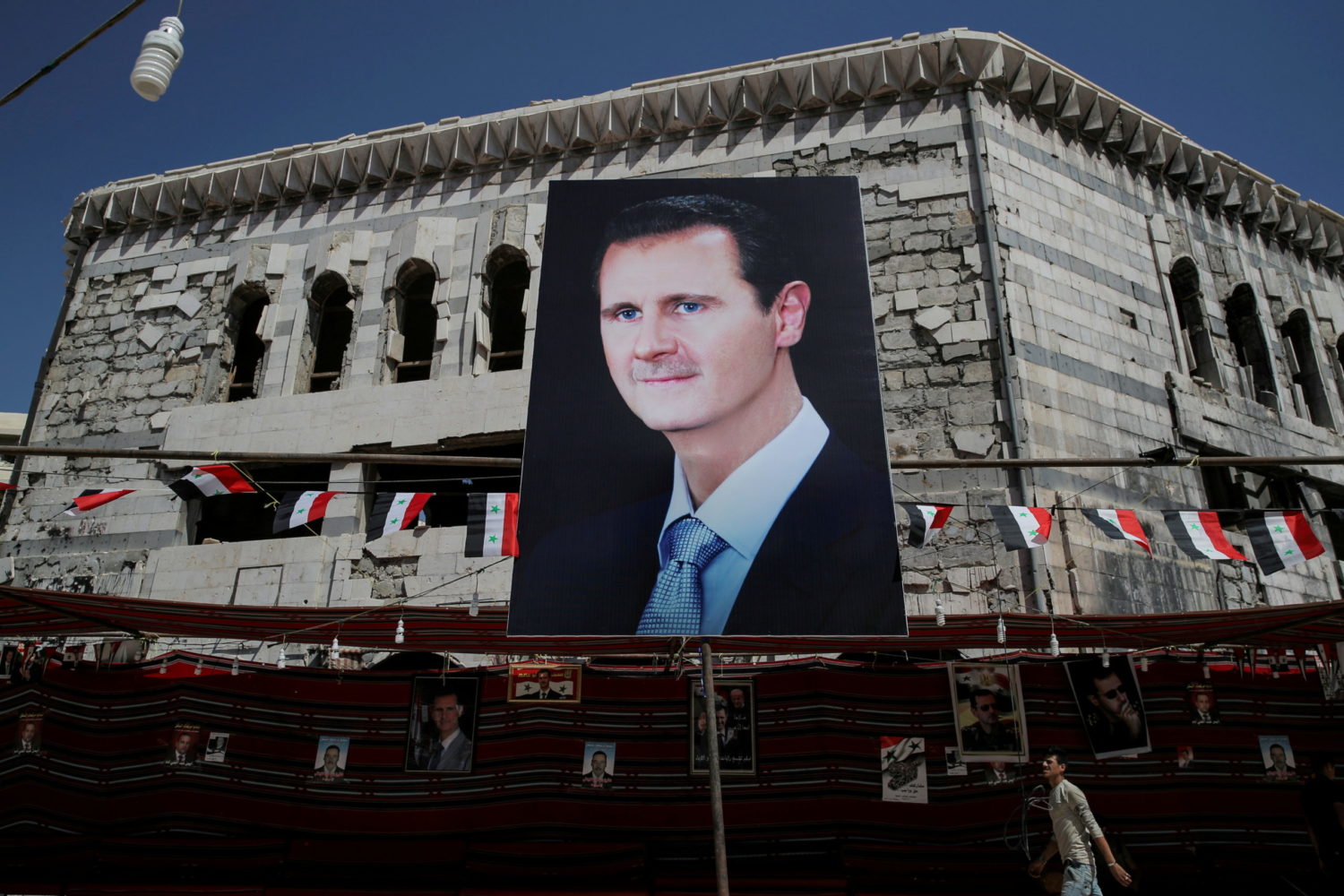 AMMAN (Reuters) – Syria has freed more than 400 civil servants, judges, lawyers and journalists detained this year in a crackdown on social media dissent, a move seen by rights activists and former detainees as intended to win over public opinion ahead of presidential elections.

Those released after being held under Syria’s cyber crimes law were among thousands freed this month under a general amnesty for currency speculators, drug dealers, smugglers and kidnappers ahead of the May 26 election that is expected to hand President Bashar al Assad a fourth term.

Most of the freed social media critics were supporters of Syrian authorities’ handling of the uprising in 2011 that spiraled into a war that has killed hundreds of thousands.

The amnesty excluded tens of thousands of Assad opponents and political detainees held for years without trial, many of whom are believed dead, rights groups say.

“The auspicious timing of the release right before elections of a moderate loyalist camp … is to generate a façade of entertaining some form of dissent to further make elections look credible,” said Sara Kayyali, Syria researcher with U.S.-based Human Rights Watch.

The group had seen an uptick in arrests for online activities in recent months to silence public disaffection over Syria’s economic crisis.

Its economy is collapsing under the weight of war, sanctions and COVID-19, but public criticism of deteriorating living conditions is not tolerated.

The crackdown under cyber crime law on mostly Assad supporters was intended to instill fear ahead of elections, according to two released detainees, who requested anonymity.

None of those arrested had criticized Assad, a capital offence, and most were rounded up by security forces for online posts ranging from a “like” on a Facebook comment lamenting growing hardship and critical of the government to remarks decrying state corruption.

Syrian officials were not immediately available for comment on the releases but the head of the journalists’ union, Musa Abdul Noor, had earlier confirmed that journalists had been held for social media comments on their personal accounts but not under another law that technically bans the arrest of journalists.

The releases were among steps taken in recent weeks ahead of the elections to influence public opinion, such as efforts to fight sky-rocketing inflation, and extending government grants to state employees in areas suffering from economic hardship.

The interior ministry had in January warned that violators of the cyber-crimes law, which criminalizes social media comments deemed to undermine the authority of the state, would face a minimum of six months in prison.

The ministry said it would pursue people who leaked fake news to portals that “distort and sow confusion in public opinion”.

Family members said Hala Jerf, a leading presenter on state television, Firyal Jahjah, a senior civil servant who serves as the head of a government inspection agency, and a prominent local journalist in Latakia province, Kenan Wakkaf, were among those released.

“I will stay with you, the voice that believes truth is the highest value. To corruption, I say you think you have shaken my resolve or maybe frightened me? You have not even scared my boots,” Wakkaf said in a post after he arrived home.

The majority of those released were not formally charged or put on trial, according to two released detainees who requested anonymity because they were warned not to speak publicly. 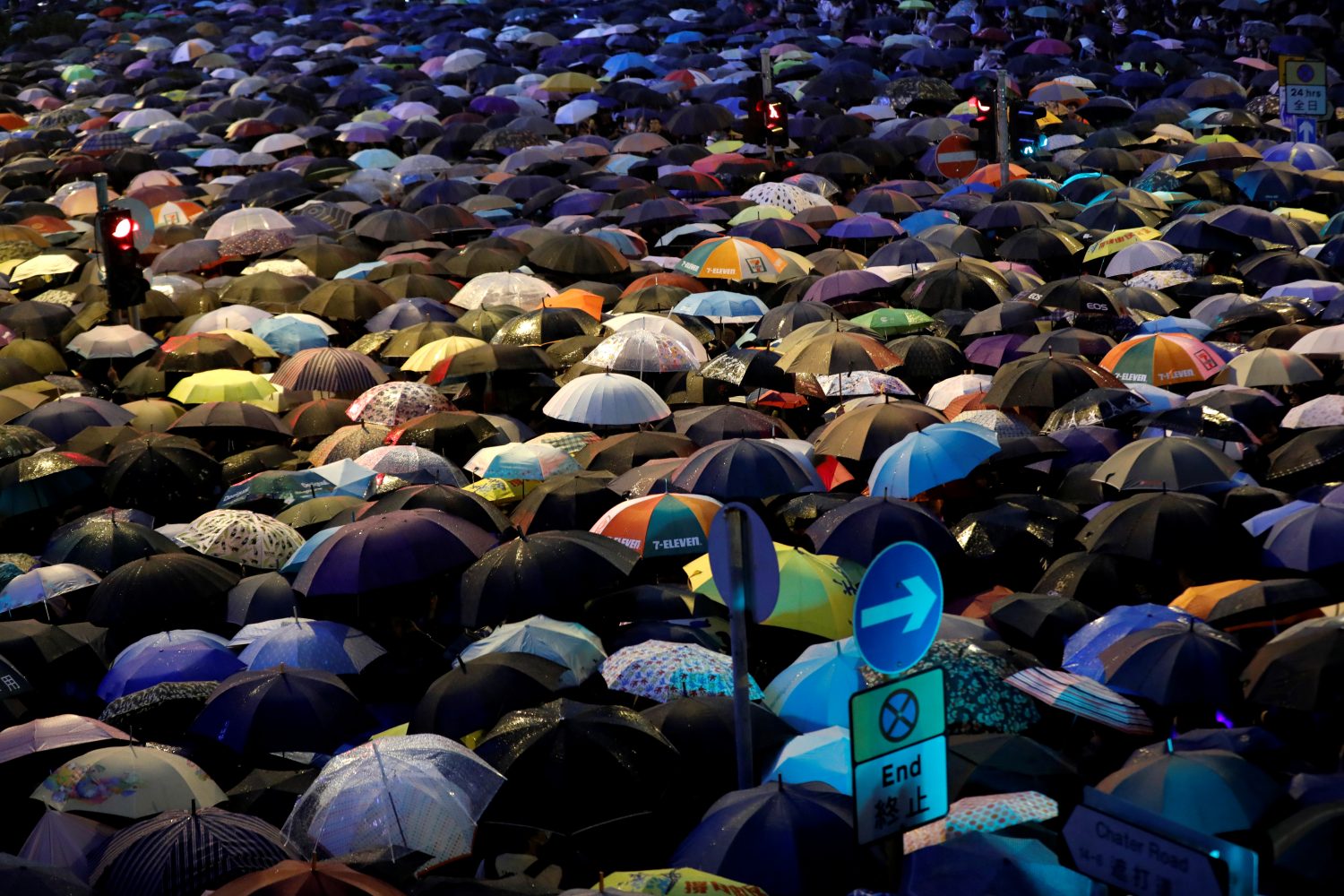 By Felix Tam and Greg Torode

HONG KONG (Reuters) – Thousands of civil servants joined in the anti-government protests in Hong Kong on Friday for the first time since they started two months ago, defying a warning from the authorities to remain politically neutral.

Protests against a proposed bill that would allow people to be extradited to stand trial in mainland China have grown increasingly violent, with police accused of excessive use of force and failing to protect protesters from suspected gang attacks.

Chanting encouragement, crowds turned out to support the civil servants at their rally on Friday evening which halted traffic on major roads in the heart of the city’s business district.

“I think the government should respond to the demands, instead of pushing the police to the frontline as a shield,” said Kathy Yip, a 26-year-old government worker.

The rally on Friday came after an open letter penned anonymously and published on Facebook set out a series of demands to the Hong Kong government by a group which said it represented civil servants.

“At present the people of Hong Kong are already on the verge of collapse,” the group wrote in the letter, saying it was “a pity that we have seen extreme oppression.”

The group also listed five demands: complete withdrawal of the extradition bill; a halt to descriptions of the protests as ‘rioting’; a waiver of charges against those arrested; an independent inquiry and resumption of political reform.

The protests against a now suspended extradition bill have widened to demand greater democracy and the resignation of Hong Kong’s leader Carrie Lam, and have become one of the gravest populist challenges to Communist Party rulers in Beijing.

On Thursday the government said Hong Kong’s 180,000 civil servants must remain politically neutral as the city braced for another wave of protests over the weekend and a mass strike on Monday across sectors such as transport, schools and corporates.

“At this difficult moment, government colleagues have to stay united and work together to uphold the core values of the civil service,” the government said in a statement.

Protest organizers said over 40,000 people participated in Friday’s rally, while the police put the number at 13,000.

Police said they had arrested eight people, including a leading pro-independence leader, after seizing weapons and suspected bomb-making material in a raid.

Under Chinese rule, Hong Kong has been allowed to retain extensive freedoms, such as an independent judiciary, but many residents see the extradition bill as the latest step in a relentless march toward mainland control. Anson Chan, former chief secretary, said the rally was spontaneous and civil servants enjoyed the right to assembly and it could not be said to impair political neutrality.

Many civil servants, however, were apprehensive about identifying themselves, with many speaking anonymously or asking for only their first name to be used.

Hundreds of medical workers also demonstrated on Friday to protest against the government’s handling of the situation. Large-scale protests are planned for the weekend in Mong Kok, Tseung Kwan O and Western districts.

In a warning to protesters, China’s People’s Liberation Army in Hong Kong on Wednesday released a video of “anti-riot” exercises and its top brass warned violence was “absolutely impermissible”.

The PLA has remained in barracks since protests started in April, leaving Hong Kong’s police force to deal with protests.

U.S. President Donald Trump has described protests in Hong Kong as “riots” that China will have to deal with itself..

Police said seven men and a woman, aged between 24 and 31, were arrested on Friday after a raid on a building in the New Territories district of Sha Tin, where police seized weapons and suspected petrol bombs. Making or possessing explosives illegally can carry a sentence of up to 14 years in jail.

The police may arrest more people as the investigations unfold, police officer Li Kwai Wah said, adding, “Recently we are very worried about the escalating violence.”

Andy Chan, a founder of the pro-independence Hong Kong National Party that was banned last September, was among those arrested. His arrest prompted about 100 protesters to surround a police station to demand his release, television footage showed.

On Friday night, crowds of protesters surrounded a police station where Chan was being held, drawing out riot police to the street outside.

On Wednesday, 44 people were charged in a Hong Kong court with rioting over a recent protest near Beijing’s main representative office in the heart of the city.

The escalating protests, which have shut government offices, blocked roads and disrupted business, is taking a toll of the city’s economy and scaring off tourists.

Cheng aged 39, who was speaking behind a large black mask, said the recent triad attack on protesters and slow police response had angered him and his civil service peers.

Of the five protester demands, he said the need for an independent inquiry into the actions of the police was vital.

“I hope to stay in the civil service for a long time. But we have to act now.” 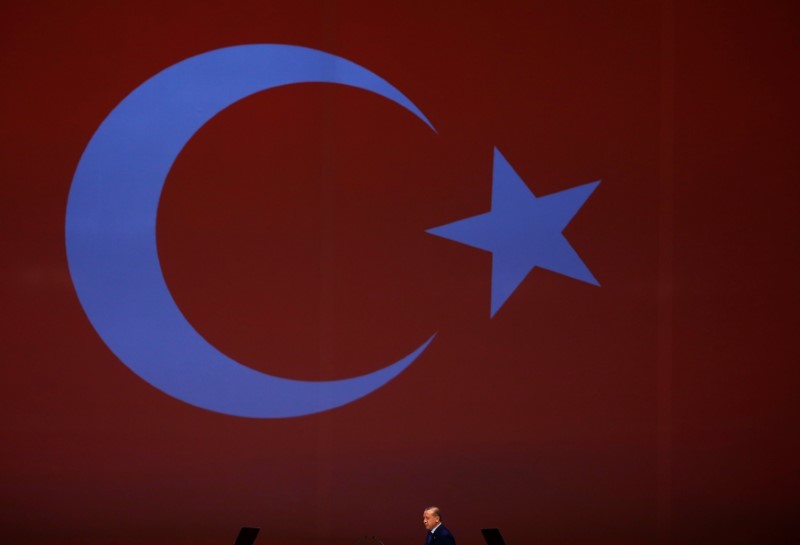 ANKARA (Reuters) – Turkey dismissed more than 7,000 police, civil servants and academics on Friday, the eve of the anniversary of last year’s attempted coup.

The latest decree is part of a crackdown triggered by the failed coup, which Turkey says was organised by U.S.-based Islamic cleric Fethullah Gulen, a former ally of President Tayyip Erdogan. Gulen denies the allegation.

In all, Turkey has sacked or suspended more than 150,000 officials, and arrested some 50,000 people from the military, police, judiciary, academia and other sectors.

The latest decree dismissed 2,303 police, including some from senior ranks, alongside 302 academics from universities across the country. The decree also stripped 342 retired officers and soldiers of their ranks and grades.

More than 240 people, most of them civilians, were killed last July when rogue soldiers tried to overthrow Erdogan’s government.