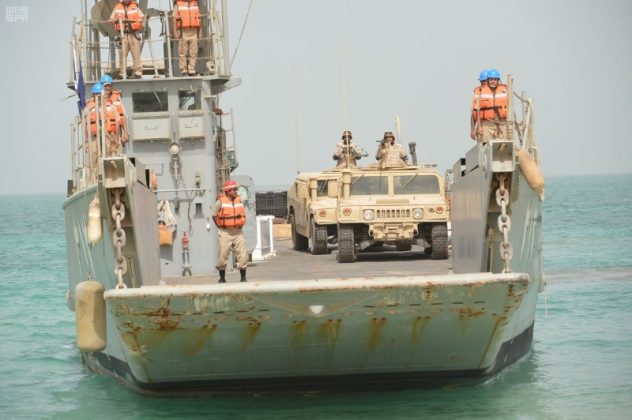 DUBAI (Reuters) – Iran’s powerful Revolutionary Guards (IRGC) warned Saudi naval vessels taking part in military exercises in the Gulf on Wednesday not to get close to Iranian waters, in a sign of heightened tensions between the two regional rivals.

Saudi Arabia began naval war games including live fire exercises on Tuesday in the Gulf and Strait of Hormuz, the world’s most important oil route.

Tehran and Riyadh are fighting several proxy wars in the Middle East, including in Syria and Yemen, but both have been cautious about direct military confrontation.

“The Revolutionary Guards naval forces believe this war game is mainly to create tension and destabilize the Persian Gulf,” the IRGC said in a statement published on Tasnim news agency.

About 17 million barrels per day, or about 30 percent of all seaborne-traded oil, passed through the Strait of Hormuz in 2013, according to the U.S. Energy Information Administration.

The United States, the kingdom’s leading non-Arab ally, said in August and September that IRGC vessels “harassed” U.S. warships several times in the Gulf in incidents that Washington described as “unsafe and unprofessional.”