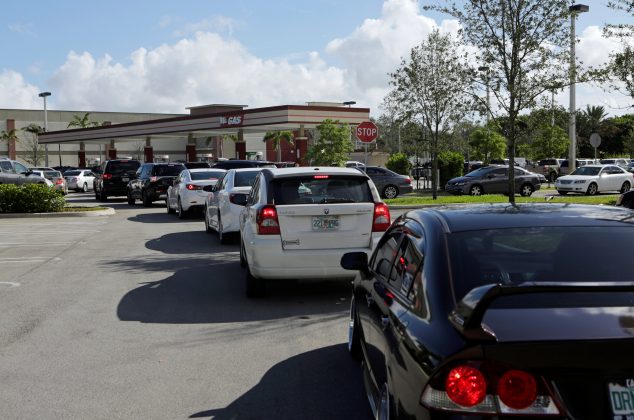 People line up to fill their cars with gas in anticipation of Hurricane Matthew, in Coral Springs, Florida, U.S. October 5, 2016. REUTERS/Henry Romero

By Letitia Stein and Harriet McLeod

TAMPA, Fla./CHARLESTON, S.C. (Reuters) – Millions of people along the U.S. Southeast coast were urged on Wednesday to evacuate and prepare for Hurricane Matthew as the potentially devastating storm took aim at Florida and South Carolina.

Matthew, currently pummeling the Bahamas, was forecast to begin lashing Florida with fierce winds, storm surges and heavy rain late on Thursday, the U.S. National Hurricane Center (NHC) said. It has the potential to be the first major hurricane to make landfall in the United States since Wilma in 2005.

Governor Rick Scott urged those in vulnerable areas to evacuate early, even if orders had not yet been issued.

“We must prepare to be hit by a devastating hurricane,” Scott told a news conference, noting that a small wobble in Matthew’s path could hugely impact the state.

The governors in Florida, South Carolina, North Carolina and Georgia have all declared states of emergencies.

Matthew, currently a major Category Three storm, was carrying maximum sustained winds around 120 mph (195 kph) on Wednesday morning, according to the Miami-based NHC.

It was likely to strengthen slightly in the coming days, the NHC added, saying it was too soon to predict where Matthew was likely to do the most damage.

“When a hurricane is forecast to take a track roughly parallel to a coastline, as Matthew is forecast to do from Florida through South Carolina, it becomes very difficult to specify impacts at any one location,” the NHC said in an advisory.

Florida’s governor activated an additional 300 members of the state National Guard on Wednesday, adding to 200 already summoned the day before. 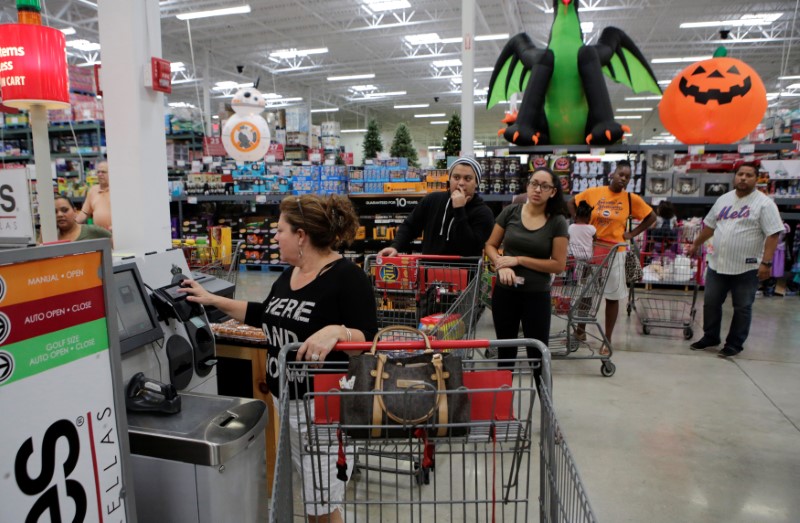 People queue as they flock to the supermarket to take care of last minute shopping in anticipation of Hurricane Matthew, in Coral Springs, Florida, U.S. October 5, 2016. REUTERS/Henry Romero

Several school districts had canceled classes for Thursday and Friday, and some were releasing students early on Wednesday.

In South Carolina, about a quarter of a million residents were expected to evacuate from coastal areas.

“If you do not leave, you are putting a National Guardsmen’s or a law enforcement officer’s life on the line,” Governor Nikki Haley said.

As thousands began to evacuate vulnerable areas in South Carolina on Wednesday, drivers reported gridlock delaying traffic for hours. Schools and county government offices in 26 of the state’s 46 counties closed through Friday.

The city of Charleston handed out sandbags and shovels. Gasoline stations in the area posted “out of gas” signs as cars lined up to fill up the tank, but state officials said they know of no significant shortages.

The judge overseeing the murder trial of a Georgia father accused of intentionally leaving his toddler son in a hot car to die in 2014 canceled court for Thursday afternoon and Friday due to the storm.