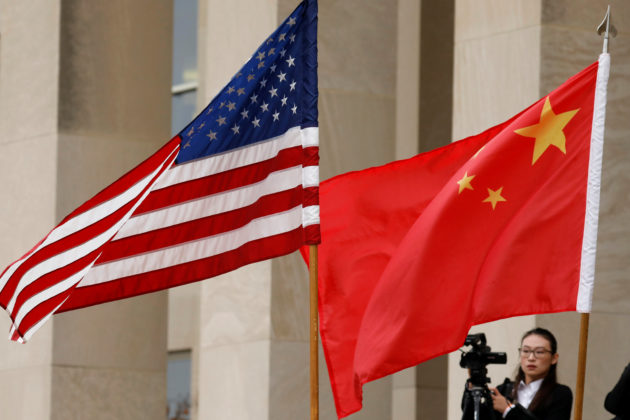 WASHINGTON (Reuters) – U.S. lawmakers and policymakers should be wary of China’s moves to target vulnerable U.S. assets and expand its market share in the wake of the global economic crisis triggered by the novel coronavirus, according to a study prepared for a U.S. trade group and released on Tuesday.

The Horizon Advisory report for the Alliance for American Manufacturing (AAM) said the Chinese Communist Party viewed the crisis as “a chance to expand its position in U.S. markets, supply chains and critical infrastructure.”

The consultancy said Beijing used the 2008-2009 global financial crisis to accelerate its “Go Out” industrial offensive in the United States, and was positioning to benefit from a likely spike in U.S. infrastructure spending.

“It’s a very sophisticated strategy,” AAM President Scott Paul said in an interview. “There’s a very legitimate debate that needs to occur about the appropriate role of Beijing in the U.S. economy, and there are reasons to be wary of including Chinese state-owned enterprises in our recovery effort.”

Paul said his lobby group was working with Democratic and Republican lawmakers to strengthen and expand provisions that earmark government funds for U.S. companies, and ensure they do not wind up in the hands of Chinese state-owned firms or investors.

The group was formed in 2007 by U.S. companies and the United Steelworkers to push for policies to expand U.S. manufacturing.

U.S. President Donald Trump has long pledged to bring manufacturing back from overseas, but the coronavirus pandemic has sparked a government-wide push to move U.S. production and supply chain dependency away from China.

Chinese acquisitions have come under greater U.S. scrutiny to determine their effect on national security, but takeovers could increase if the crisis left many distressed assets, as expected, he said.