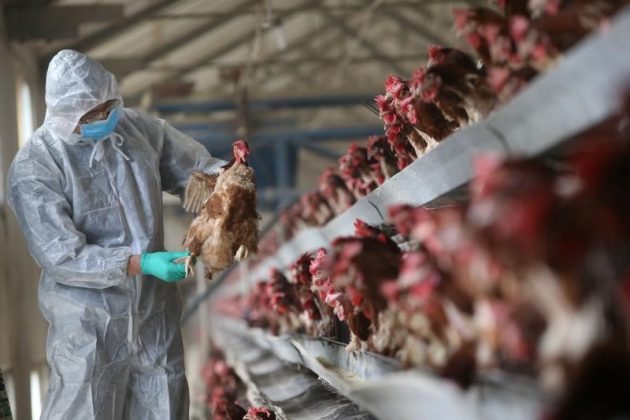 The finding expands an outbreak near the major chicken-producing states of Alabama and Georgia, and is the second in the type of breeder flock crucial for keeping the chicken-meat industry supplied with birds. A case of less dangerous bird flu was confirmed in Alabama on Thursday.

In Tennessee, authorities have started to cull the infected flock of 55,000 chickens in Lincoln County, to contain the highly pathogenic H7N9 flu, according to the U.S. Department of Agriculture.

The farm was in a quarantine zone established after authorities this month found the same strain of the disease in a flock of about 73,500 chickens less than 2 miles (3.2 km) away, the Tennessee Department of Agriculture said. That farm also supplied Tyson, the world’s biggest chicken company.

“I’m sure on the part of the company they’re quite concerned and going back and reviewing all of their information and data to determine how in the world this got into the buildings,” said Bret Marsh, state veterinarian in Indiana, which had the nation’s only highly pathogenic bird flu case in poultry in 2016.

The initial case in Tennessee was the nation’s first infection of highly pathogenic bird flu at a commercial operation in more than a year. Tennessee also recently detected a less-dangerous case of low-pathogenic flu in another chicken flock.

On Thursday, Alabama said the USDA confirmed a suspected case of low-pathogenic flu in a guinea fowl at a flea market as H7N9. Aviagen, the world’s largest poultry breeding company, has culled chickens in the state over concerns about the disease.

Highly pathogenic bird flu led to the deaths of about 50 million birds, mostly egg-laying hens, in the United States in 2014 and 2015.

Another widespread outbreak could represent a financial blow for poultry operators because it could kill more birds or require flocks to be culled. It also would likely trigger more import bans from trading partners, after South Korea, Japan and other countries limited imports after the first highly pathogenic case in Tennessee.

China has also been grappling with an outbreak of H7N9, which has killed 161 people since October. U.S. authorities have said that strain is genetically distinct from the H7N9 in Tennessee and that the risk of the disease spreading to people from poultry or making food unsafe is low.

Tyson said it worked with Tennessee and federal officials to quickly euthanize birds in the infected flock and did not expect disruptions to its chicken supply.

“Our business is diversified and scaled across multiple states, so we plan to meet our customers’ needs,” spokesman Worth Sparkman said.

The company has said it tests all the birds it owns for the virus and flocks diagnosed with highly pathogenic flu are not processed.

Wild birds can carry the disease without showing signs of sickness and transmit it to poultry through feces, feathers or other forms of contract.