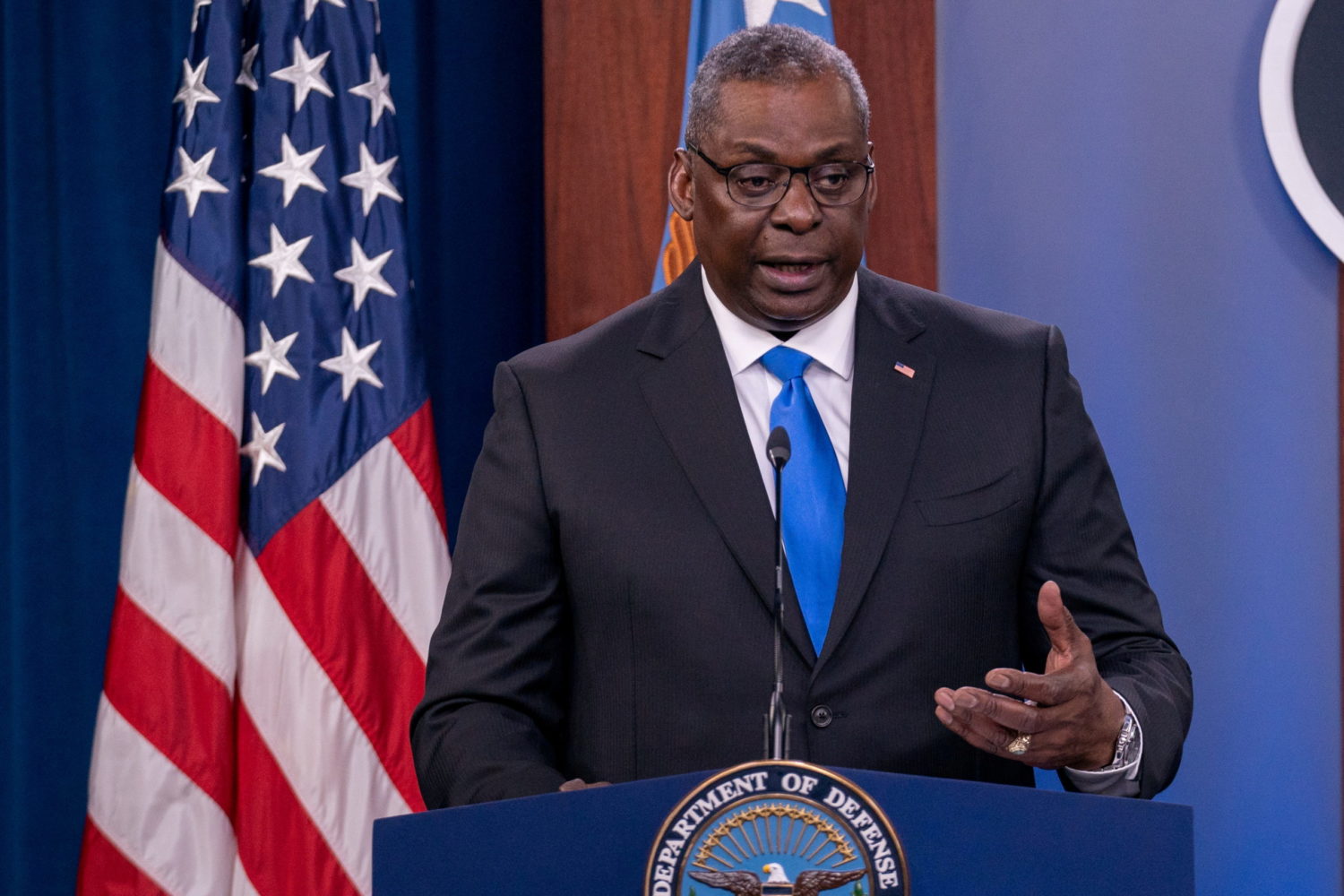 HANOI (Reuters) – U.S. Defense Secretary Lloyd Austin will on Thursday look to nudge forward security ties with Vietnam that have been slowly deepening as both countries watch China’s activities in the South China Sea with growing alarm.

Despite growing military relations, more than four decades after the Vietnam War ended in 1975, President Joe Biden’s administration has said there are limits to the relationship until Hanoi makes progress on human rights.

Vietnam has emerged as the most vocal opponent of China’s territorial claims in the South China Sea and has received U.S. military hardware, including coastguard cutters.

“(Vietnam) wants to know that the U.S. is going to remain engaged militarily, it’s going to continue its presence in the South China Sea,” said Greg Poling, with the Center for Strategic and International Studies.

A senior U.S. defense official, speaking on condition of anonymity, said they would also sign a “memorandum of understanding” for Harvard and Texas Tech University to create a database that would help Vietnamese search for those missing from the war.

Austin will meet his counterpart along with Vietnam’s president and prime minister.

Poling said there was a limit to how fast and far the Vietnamese were comfortable with deepening ties.

Experts say there are lingering concerns in Vietnam about Biden’s predecessor, Donald Trump, withdrawing from the Trans Pacific Partnership trade pact in 2017.

“That really left a lot of countries standing at the altar for lack of a better way to put it, and especially Vietnam,” Derek Grossman, a senior defense analyst at the RAND Corporation, said.

There are also limits to how far the United States is willing to deepen relations.

As important as Vietnam is in countering China, the United States has said it needs to improve its human rights record.

In Singapore on Tuesday, Austin said the United States would always lead with its values.

“We will discuss those values with our friends and allies everywhere we go and we don’t make any bones about that,” Austin said.

This month, Marc Knapper, Biden’s nominee to be the next U.S. ambassador to Vietnam vowed to boost security ties but said they could only reach their full potential if Hanoi made significant progress on human rights. 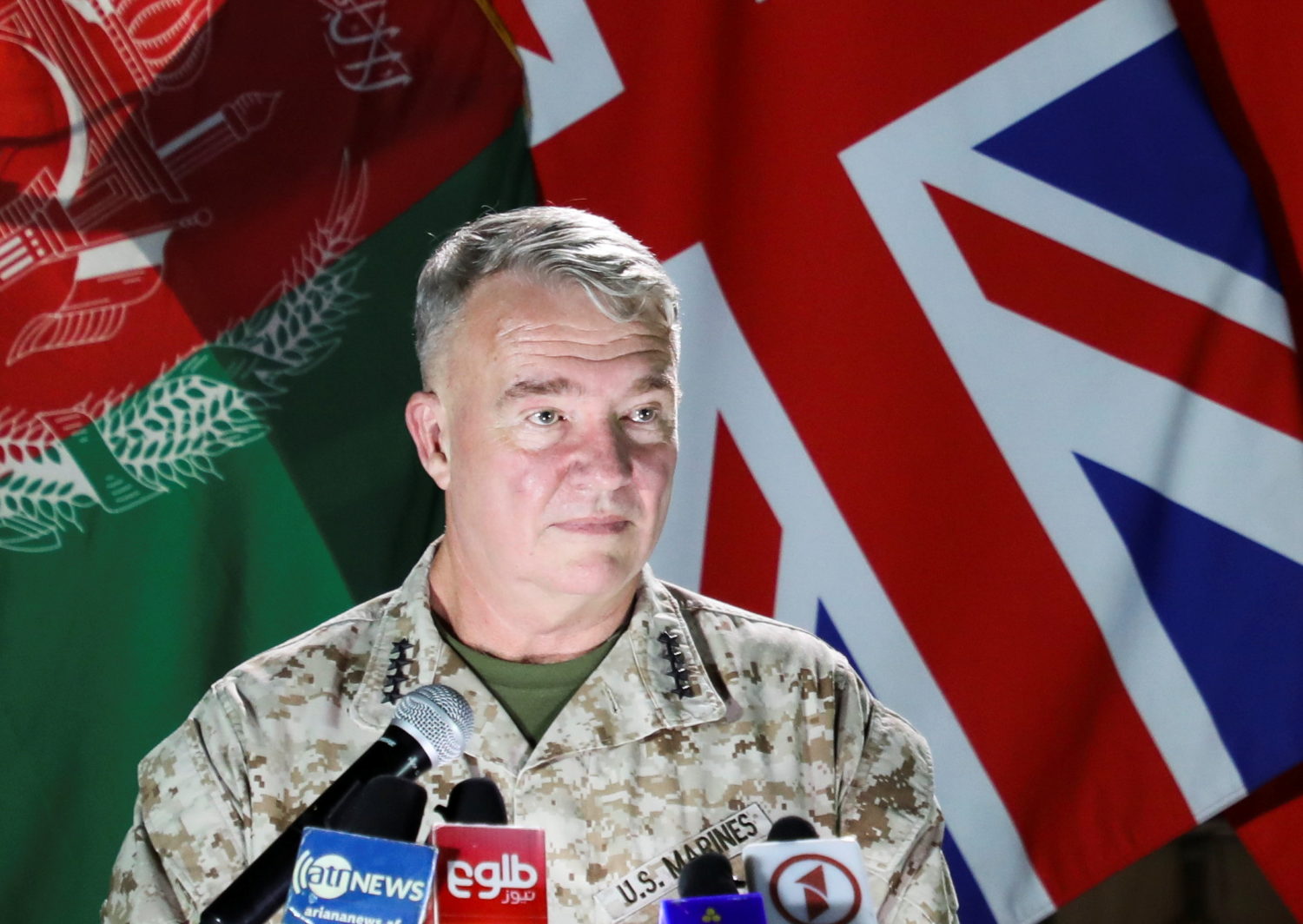 KABUL (Reuters) -The United States will to continue to carry out airstrikes to support Afghan forces facing attack from the insurgent Taliban, a regional U.S. commander said on Sunday as U.S. and other international forces have drawn down troops in Afghanistan.

“The United States has increased airstrikes in support of Afghan forces over the last several days and we’re prepared to continue this heightened level of support in the coming weeks if the Taliban continue their attacks,” U.S. Marine General Kenneth “Frank” McKenzie told a news conference in Kabul.

McKenzie, who leads U.S. Central Command, which controls U.S. forces for a region that includes Afghanistan, declined to say whether U.S. forces would continue airstrikes after the end of their military mission on Aug. 31.

“The government of Afghanistan faces a stern test in the days ahead … The Taliban are attempting to create a sense of inevitability about their campaign,” he said.

But he said a Taliban victory was not inevitable and a political solution remained a possibility.

Afghan government and Taliban negotiators have met in Qatar’s capital, Doha, in recent weeks, although diplomats say there have been few signs of substantive process since peace talks began in September.

Reeling from battlefield losses, Afghanistan’s military is overhauling its war strategy against the Taliban to concentrate forces around the most critical areas like Kabul and other cities, border crossings and vital infrastructure, Afghan and U.S. officials have said.

U.S. Defense Secretary Lloyd Austin said on Saturday that the Afghan security forces’ first job was to make sure they could slow the Taliban’s momentum before attempting to retake territory.

McKenzie said there would likely be a rise in violence after a lull over a Muslim holiday this week and said the Taliban could focus on populated urban centers.

“They are going to have to deal with the cities if they want to try and claw their way back into power” he said. “I don’t think it’s a foregone conclusion that they are going to be able to capture these urban areas.”