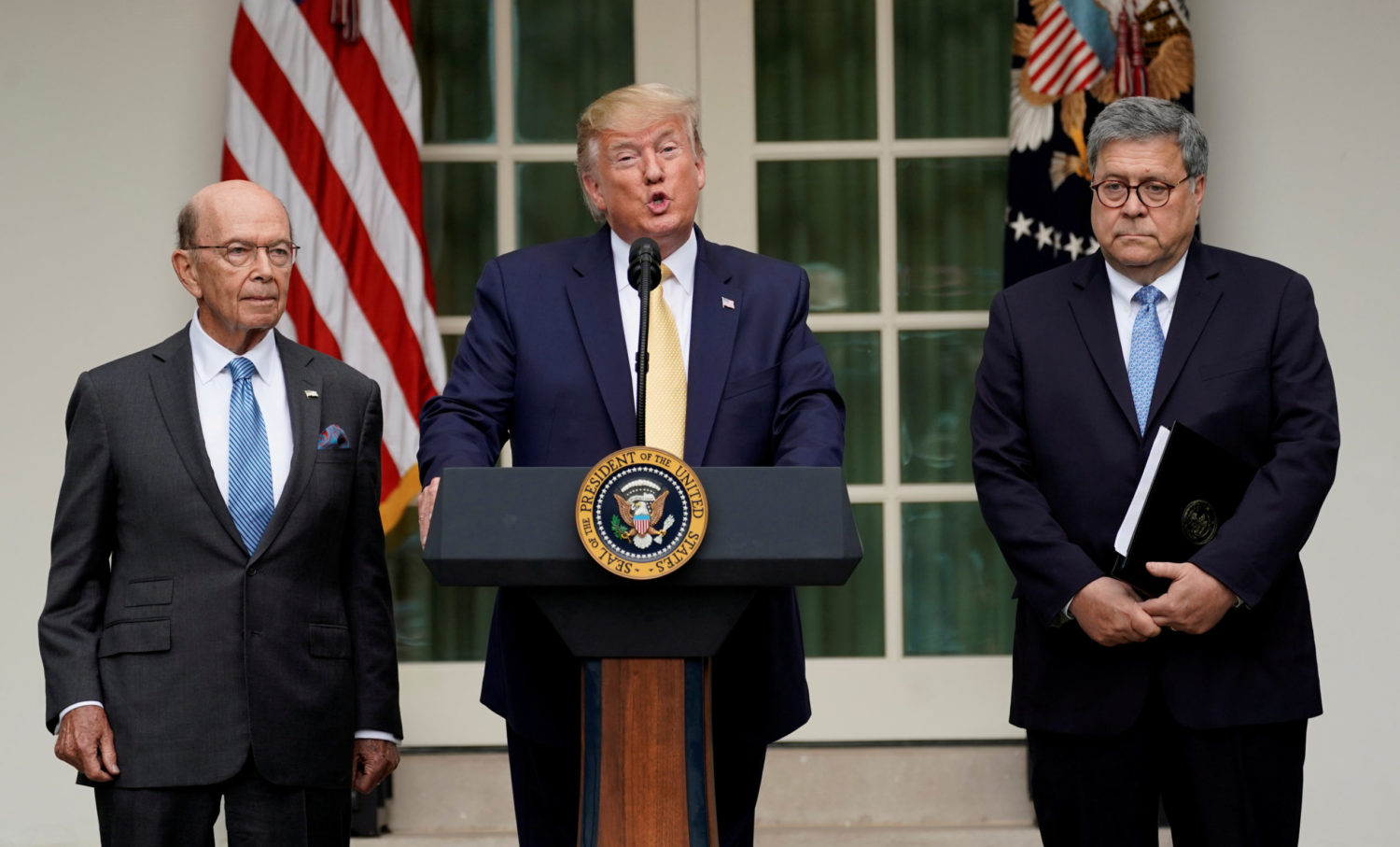 By Alexandra Alper and Nick Brown

WASHINGTON/NEW YORK (Reuters) – President Donald Trump signed a memorandum on Tuesday that would prevent migrants who are in the United States illegally from being counted when U.S. congressional voting districts are redrawn in the next round of redistricting.

U.S. Census experts and lawyers say the action is legally dubious. In theory, it would benefit Trump’s Republican Party by eliminating the largely non-white population of migrants in the U.S. illegally, creating voting districts that skew more Caucasian.

“Including these illegal aliens in the population of the State for the purpose of apportionment could result in the allocation of two or three more congressional seats than would otherwise be allocated,” the memo said.

Responses from Democrats and immigration advocates were swift and condemnatory.

Tom Perez, chairman of the Democratic National Committee, derided what he viewed as an “unconstitutional order that has no purpose other than to silence and dis-empower Latino voices and communities of color.”

Proponents of citizens-only voting districts argue each vote should carry the same weight. If one district has far fewer eligible voters than another, they say, each vote there has more influence on election outcomes.

While the U.S. Supreme Court has left the door open for citizen-based voting maps for state legislatures, experts see it as a long-shot at the federal level, because the U.S. Constitution explicitly says that congressional districts must be based on “the whole number of persons” in each district.

In the memo, Trump said the word “persons” “has never been understood to include … every individual physically present within a state’s boundaries.”

Census experts say that is wrong: multiple federal laws have reinforced that apportionment must include everyone, and U.S. Supreme Court precedent has endorsed that view, said Joshua Geltzer, a constitutional law expert and professor at Georgetown Law.

“All of this makes Trump’s position outrageous,” Geltzer said.

(Reporting by Alexandra Alper in Washington and Nick Brown in New York; Additional reporting by Richard Cowan in Washington, Mica Rosenberg in New York and Mimi Dwyer and Kristina Cooke in Los Angeles; Editing by Nick Zieminski and Matthew Lewis)