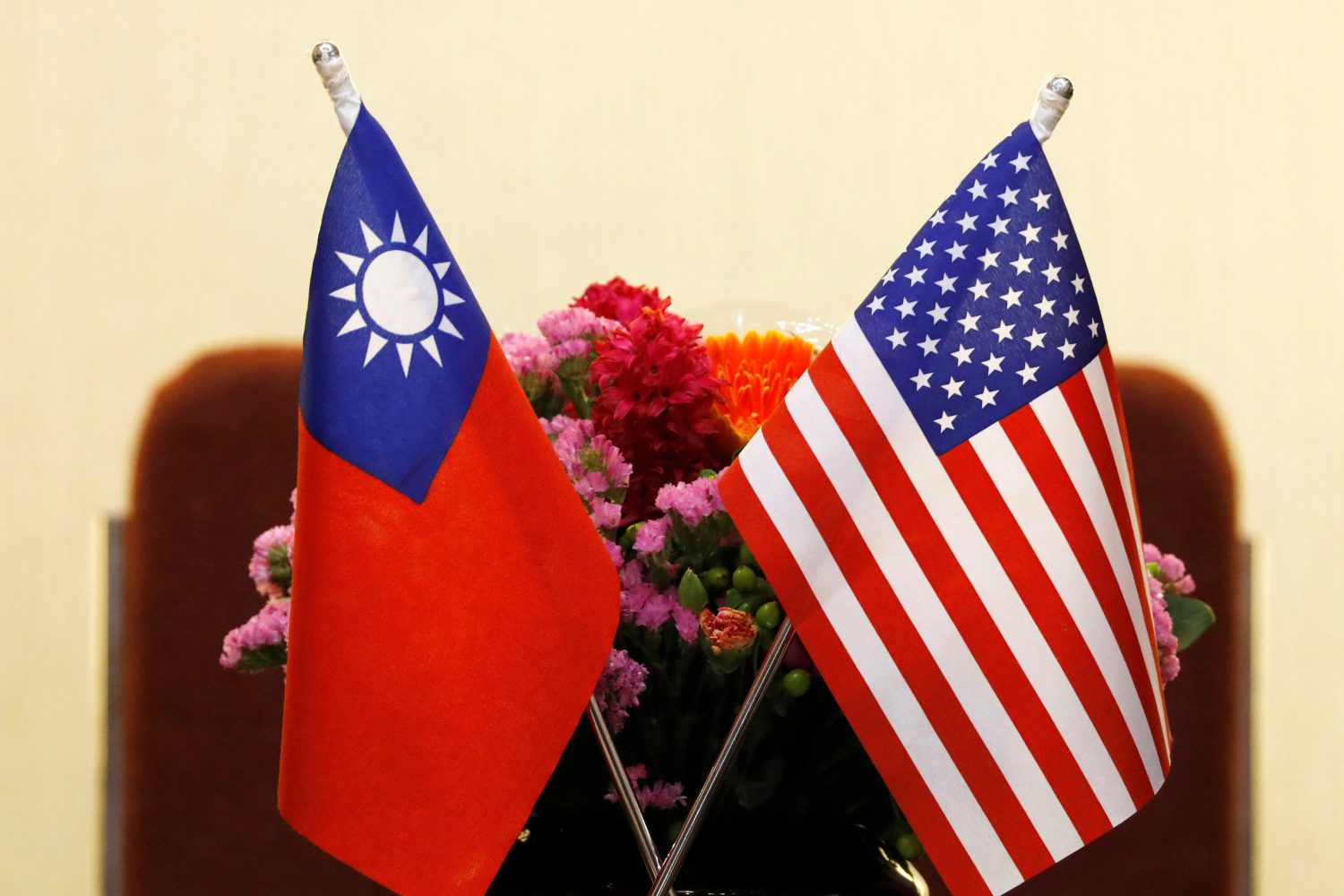 WASHINGTON (Reuters) – The United States is negotiating the sale of at least four of its large sophisticated aerial drones to Taiwan for the first time, according to six U.S. sources familiar with the negotiations, in a deal that is likely to ratchet up tensions with China.

The SeaGuardian surveillance drones have a range of 6,000 nautical miles (11,100 km), far greater than the 160-mile range of Taiwan’s current fleet of drones.

While the sale of the unmanned aerial vehicles has been tacitly authorized by the State Department, two of the people said, it is not known whether the U.S. officials have approved exporting the drones with weapons attached, one of them said.

The deal has to be approved by members of Congress who may receive formal notification as soon as next month, two of the people said. Congress could choose to block a final agreement.

It would be the first drone sale after President Donald Trump’s administration moved ahead with its plan to sell more drones to more countries by reinterpreting an international arms control agreement called the Missile Technology Control Regime (MTCR).

While Taiwan’s military is well-trained and well-equipped with mostly U.S.-made hardware, China has a huge numerical superiority and is adding advanced equipment of its own.

Taiwan submitted its request to buy armed drones early this year, one of the people familiar with the talks said. The United States last week sent Taiwan the pricing and availability data for the deal, a key step that denotes official approval to advance the sale. It is, however, non-binding and could be reversed.

A deal for the four drones, ground stations, spares, training and support could be worth around $600 million using previous sales as a guide. There could also be options for additional units in the future, one of the people said.

The island is bolstering its defenses in the face of what it sees as increasingly threatening moves by Beijing, such as regular Chinese air force and naval exercises near Taiwan

Relations between Beijing and Washington – already at their lowest point in decades over accusations of spying, a trade war, the coronavirus and Hong Kong – could fray more if the deal gets the final go-ahead from U.S. officials. The Pentagon has said arms sales to Taiwan will continue, and the Trump administration has kept a steady pace of Navy warships passing through the Taiwan Strait.

China claims Taiwan as its own territory, and Beijing has never renounced the use of force to bring the self-ruled island under its control. Beijing has denounced the Trump administration’s increased support for Taiwan.

China’s sophisticated air defenses could likely shoot down a handful of drones, according to Bonnie Glaser, the director of the China Power Project at CSIS, a Washington think tank. But she still expects “China to scream about even the smallest arms sale that the U.S. makes to Taiwan because any sale challenges the ‘One China’ principle.”

“They get particularly agitated if they think it’s an offensive capability,” she said, adding that she expected the Trump administration to be less cautious than its predecessors.

The Taipei Economic and Cultural Representative Office in the United States did not respond to a request for comment.

“As a matter of policy we do not comment on or confirm proposed defense sales or transfers until they have been formally notified to Congress,” a State Department spokesman said.

ONLY FOR FEW U.S. ALLIES

The U.S. has been eager to sell Taiwan tanks and fighter jets, but the deal to sell drones would be notable since only a few close allies – including Britain, Italy, Australia, Japan and South Korea – have been allowed to purchase the largest U.S.-made drones.

Currently, the Taiwanese government has a fleet of 26 Albatross drones made by Taiwan’s National Chung-Shan Institute of Science and Technology, a quasi-defense ministry research agency, that can fly 160 nautical miles (300 km), or 80 before returning to base, according to records kept by the Bard Center for the Study of the Drone.

General Atomics Aeronautical Systems Inc’s SeaGuardian has an airframe that can handle carrying weapons – but only if contractually allowed by the U.S. government.

The United States has sold France unarmed MQ-9 Reapers which are similar to SeaGuardian’s, and later gave permission to arm them.

Last year, the United States approved a potential sale to Taiwan of 108 General Dynamics Corp M1A2 Abrams tanks worth around $2 billion as well as anti-tank and anti-aircraft munitions. A separate sale of 66 Lockheed Martin-made fighter jets also made it through the State Department’s process.

In recent weeks, China said it will sanction Lockheed Martin Co for involvement in the latest U.S. arms sale to Taiwan.