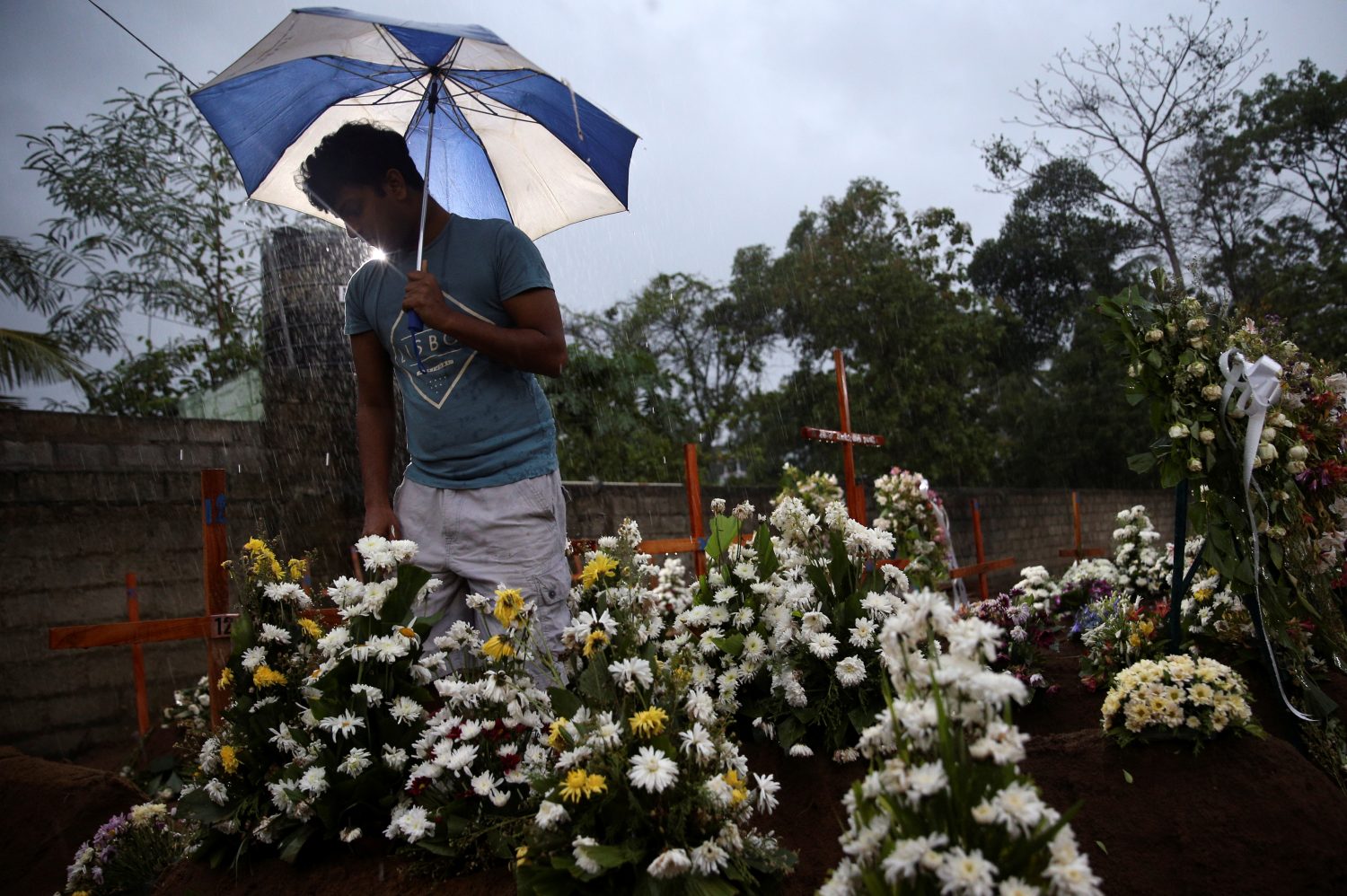 By Ranga Sirilal and Shihar Aneez

COLOMBO (Reuters) – Sri Lanka’s top defense official said on Thursday that security agencies had been working to stop militant attacks in the days before Easter Sunday bombings that killed 359 people, and he was resigning to take responsibility for the failure.

The suicide bomb attacks on three churches and four hotels exposed a significant intelligence failure, with warnings of strikes not acted on and accusations of feuds at the highest levels of government undermining security cooperation.

Police issued names and photographs of seven people, three of them women, wanted in connection with the attacks, as bomb scares and security sweeps kept the country on edge.

Fernando, the top civil servant at the government’s defense department, said he had resigned to take responsibility for institutions he was in charge of, though he added there had been no failure on his part.

The Islamic State militant group claimed responsibility for the coordinated attacks. If that connection is confirmed, it looks likely to be the deadliest ever such attack linked to the group.

Most of the victims were Sri Lankans, although authorities have said at least 38 foreigners were also killed, many of them tourists sitting down to breakfast at top-end hotels when the bombers struck.

About 500 people were wounded.

Authorities have focused their investigations on international links to two domestic Islamist groups – National Thawheed Jama’ut and Jammiyathul Millathu Ibrahim – they believe carried out the attacks.

Islamic State released a video that showed eight men, all but one with their faces covered, standing under a black Islamic State flag and declaring their loyalty to its leader, Abu Bakr Al-Baghdadi.

The government said there were nine suicide bombers, eight of whom had been identified, and that one was a woman.

A picture has emerged of a group of nine well-educated, home-grown suicide bombers. Two of them were brothers, sons of a wealthy spice trader and pillar of the business community, a source close to the family said.

One studied in Britain and Australia.

At least 76 people, including several foreigners, have been rounded up since Sunday, but police on Thursday for the first time identified seven people they were looking for and appealed to the public for help in finding them.

Photographs, apparently casual snapshots, posted with a wanted notice showed young bearded men, one with a Muslim cap, and three young women, all with head scarves.

Fears that more bombers are at large has kept Sri Lanka on edge all week.

Authorities locked down the central bank and shut the road to the capital’s airport for part of the day because of bomb scares as communal tension simmered.

Police also arrested three people and seized 21 locally made grenades and six swords during a raid in Colombo, a spokesman said. He did not give details or suggest that the raid was linked to the suicide bombings.

The bombings shattered the relative calm that has existed in Buddhist-majority Sri Lanka since a civil war against mostly Hindu, ethnic Tamil separatists ended 10 years ago, and raised fears of a return to sectarian violence.

Sri Lanka’s 22 million people include minority Christians, Muslims and Hindus. Until now, Christians had largely managed to avoid the worst of the island’s conflict and communal tensions.

It seems unlikely that Fernando’s resignation will end the questions and recriminations over why authorities failed to act more effectively to stop the plotters.

Government officials have acknowledged a major lapse in the sharing of intelligence information. Lakshman Kiriella, the leader of parliament, said senior officials had deliberately withheld the intelligence from India about possible attacks.

The president fired Wickremesinghe last October over political differences, only to reinstate him weeks later under pressure from the Supreme Court.

Meanwhile, fears are growing of a surge of communal tension.

Muslims have fled the Negombo region on Sri Lanka’s west coast since scores of worshippers were killed in the bombing of the St. Sebastian church there on Sunday.

Hundreds of Pakistani Muslims have left the port city, crammed into buses, after threats of revenge.

“The local Sri Lankan people have attacked our houses,” one of them, Adnan Ali, told Reuters on Wednesday, as he prepared to board a bus.

(Reporting by Shihar Aneez and Ranga Sirilal; Additional reporting by Sanjeev Miglani in COLOMBO, Alasdair Pal and Sunil Kataria in NEGOMBO, Sri Lanka, and Will Ziebell in MELBOURNE; Writing by Paul Tait and Robert Birsel; Editing by Michael Perry and Alex Richardson) 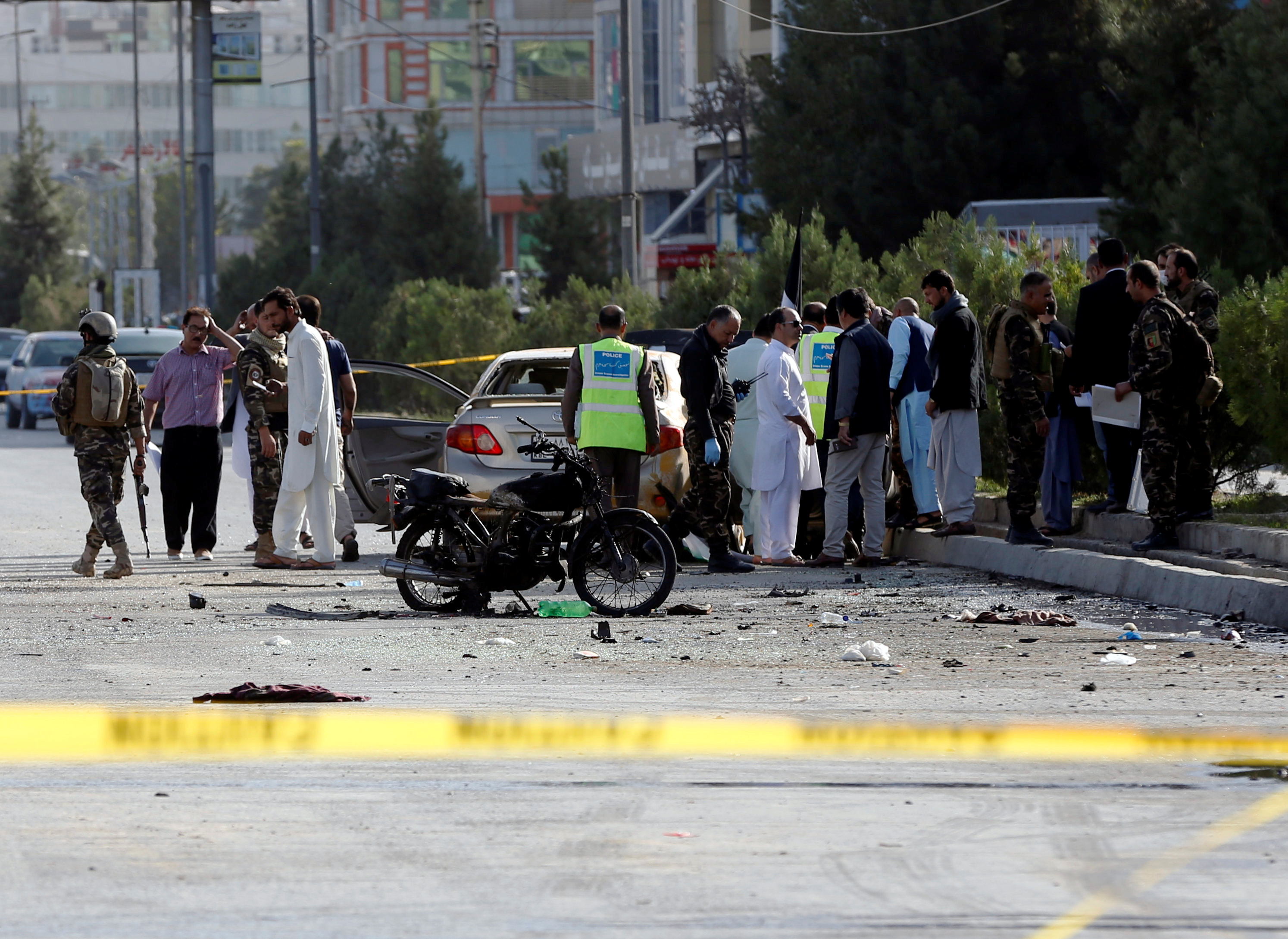 KABUL (Reuters) – At least 8,050 Afghan civilians were killed or wounded in the first nine months of 2018, almost half of them targeted by suicide bomb attacks and other improvised devices that may amount to war crimes, the United Nations said on Wednesday.

The number of casualties was roughly in line with the same period a year earlier, when there were 8,084 casualties, with deaths this year rising five percent to 2,798 and injuries falling three percent to 5,252, the report from the UN Assistance Mission in Afghanistan (UNAMA) said.

“As there can be no military solution to the fighting in Afghanistan, the United Nations renews its call for an immediate and peaceful settlement to the conflict,” said Tadamichi Yamamoto, the top UN official in Afghanistan.

Seventeen years after U.S. forces led a campaign to overthrow the Taliban following the Sept. 11 attacks on New York and Washington, the figures underline how dire the security situation remains.

While the figures show little change in the overall trend of violence, the UN highlighted the indiscriminate use of suicide and IED attacks, which killed 1,065 civilians and wounded 2,569 in the first nine months, a total of 3,634 casualties, compared with 3,007 casualties in the same period of 2017.

“UNAMA recalls that attacks deliberately targeting civilians and the murder of civilians are serious violations of international humanitarian law that amount to war crimes,” it said in the report.

With parliamentary elections due on Oct. 20, security officials warn that attacks are likely to pick up on polling stations and other election sites, many of which are located in schools, mosques or health clinics.

A wave of suicide attacks in the eastern province of Nangarhar and in the capital Kabul this year has hit students preparing for exams, spectators at sporting events, people waiting to register for elections as well as Shi’ite mosques.

The mainly Shi’ite Hazara minority has been especially heavily targeted by attacks claimed by the local affiliate of Islamic State.

The report attributed 65 percent of casualties to the Taliban, Islamic State and other anti-government forces.

As casualties from suicide attacks and improvised explosive devices rose, casualties from ground fighting fell by 18 percent to 2,311 (605 deaths and 1,706 injured). At the same time, there was a 39 percent rise in the number of casualties from air strikes, which have risen as air operations have been ramped up, to 649 (313 deaths and 336 injured).