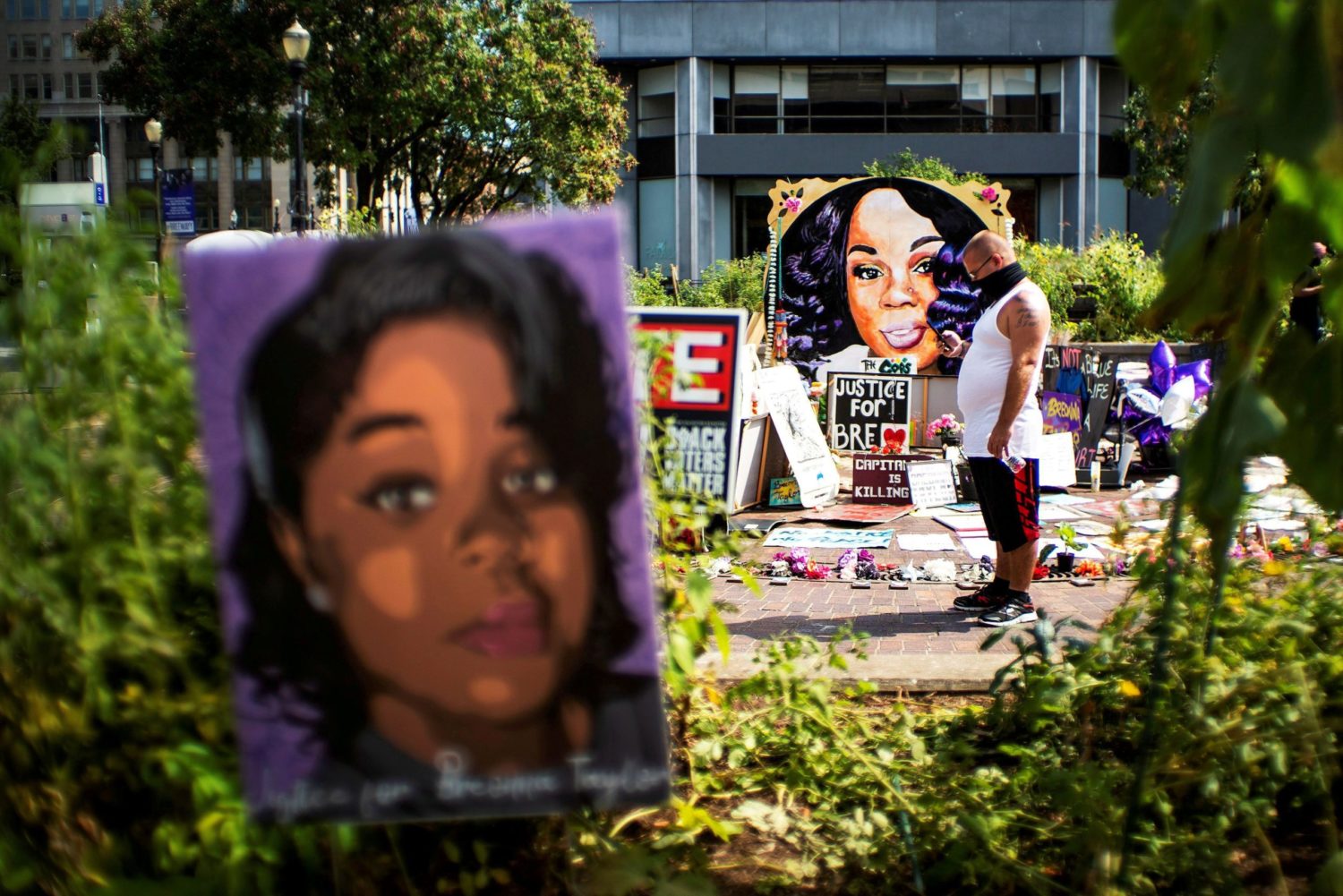 The release offers a rare peek at the inner workings of a grand jury, which is normally kept secret, in a case that has captured national attention and prompted street protests in the debate over racism and police use of force.

Attorney General Daniel Cameron filed 14 audio files of grand jury testimony with the Jefferson County Circuit Court Clerk. He had previously said there were more than 20 hours of proceedings, and Reuters has begun to review them.

Cameron served as special prosecutor in the Taylor case. Acting on his recommendation, the grand jury last week cleared two white officers of homicide and charged a third with wanton endangerment for stray bullets that hit a neighboring apartment in the March 13 shooting that led to the death of Taylor.

Cameron had revealed in a Louisville television interview on Tuesday that he recommended only the one endangerment charge that was returned, saying the grand jury had the responsibility to bring additional charges if it believed they were warranted.

Prosecutors have wide leeway in how to present evidence to a grand jury, which then decides whether to bring charges. Nine of the 12 grand jurors must agree on a charge in order to return an indictment.

Hollywood celebrities and professional athletes have supported street protests calling for the arrest of the officers and demanding justice for Taylor, 26, a Black emergency medical technician.

As the raid unfolded, Taylor’s boyfriend, Kenneth Walker, fired once at what he said he believed was a criminal intrusion, wounding one officer. Three officers then shot 32 rounds, six of which hit Taylor, killing her.

The Taylor family has won a $12 million wrongful death settlement from the city of Louisville but still asked for the evidence to be made public, questioning whether Cameron sought to shield the officers from criminal liability.

The Kentucky governor, Louisville’s mayor and even a member of the grand jury itself had called for the proceedings to be released, increasing the pressure on Cameron, a Black Republican whom President Donald Trump has praised as a rising star in the party.

In the end, it was the judge overseeing the criminal case of the officer charged with wanton endangerment who ordered the recordings to be entered in the court file, making them public. 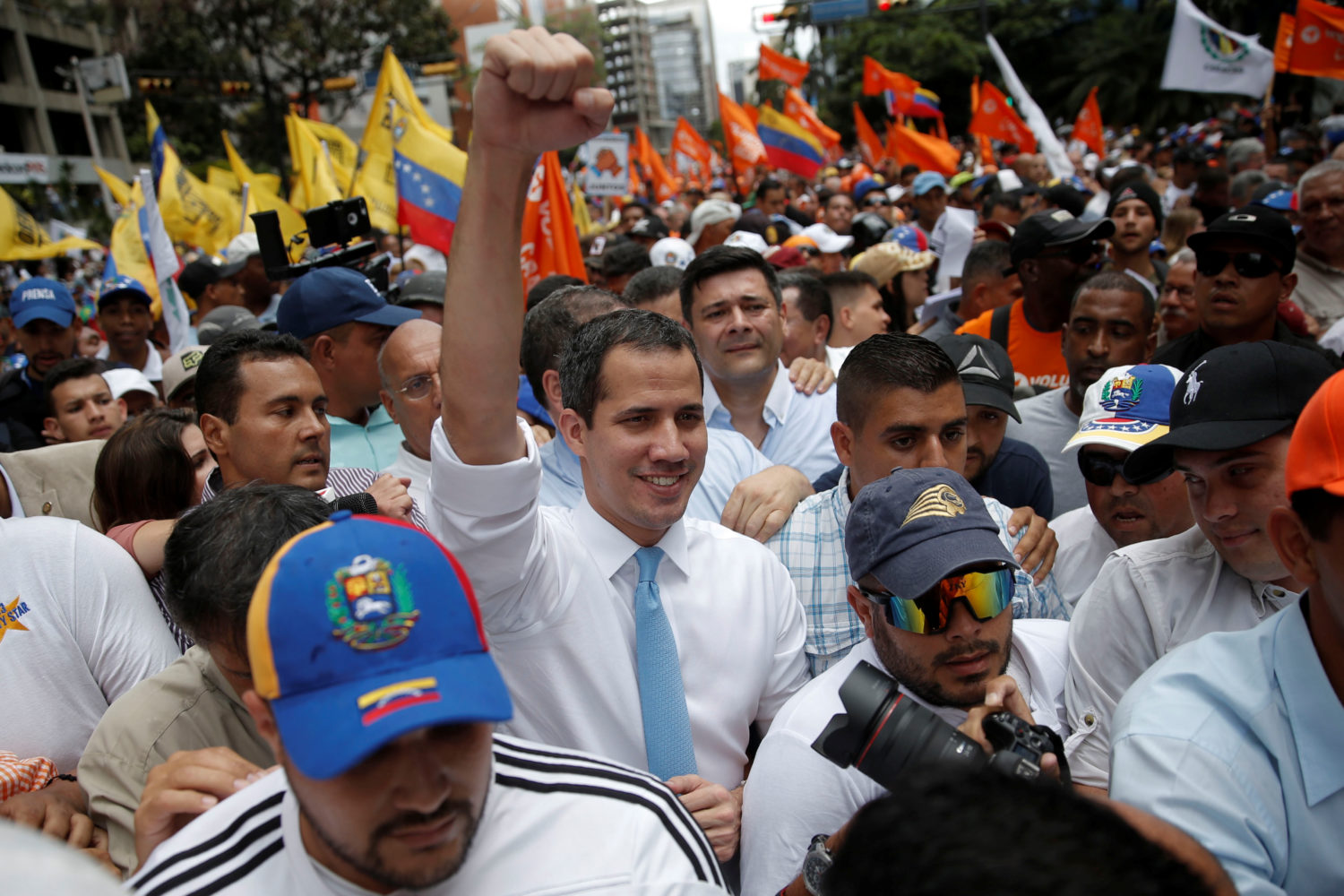 CARACAS (Reuters) – Venezuela’s opposition on Tuesday will march to downtown Caracas with the aim of regaining control of the national legislature, which was snatched by pro-government lawmakers in January, setting up a showdown with President Nicolas Maduro’s government.

National Assembly President Juan Guaido for weeks has urged Venezuelans to join the rally as a way of reviving street protests against Maduro that surged in 2019, but have waned as the ruling Socialist Party has clung to power.

The rally will be another test of Guaido’s capacity to mobilize supporters, who have become increasingly weary with the country’s economic crisis and the opposition’s inability to oust Maduro despite a broad U.S. sanctions program.

“On March 10, Venezuelans will exercise our rights in the streets,” Guaido told reporters at a Monday news conference about the march. “The only option available for Venezuelans is to escape this disaster.”

The protest is likely to meet stiff resistance from security forces, which were deployed around the country on Monday as part of military exercises ordered by Maduro.

Troops may not allow the marchers, who will include members of Parliament, to reach the legislative palace. Lawmakers will seek a different venue to hold session if they are not allowed to reach congress, according to one opposition source.

The government has called its own separate rallies in downtown Caracas for Tuesday. Socialist Party Vice President Diosdado Cabello said the opposition’s march was an attempt to rally its flagging energy.

“Every time the right-wing is cornered, they look for events that can raise the excitement of people who stopped being excited a long time ago. They try to create leadership where there is none,” Cabello said during Monday a news conference.

In January, a group of legislators backed by the Socialist Party installed themselves as the leaders of congress after troops blocked Guaido from entering the legislature.

Opposition lawmakers later re-elected Guaido for a second term in an extra-mural session, but they have been largely unable to meet at the legislative palace since then.

Venezuela this year is slated to hold parliamentary elections, but the opposition has not yet determined if it will participate due to concerns that the government will not provide adequate conditions.