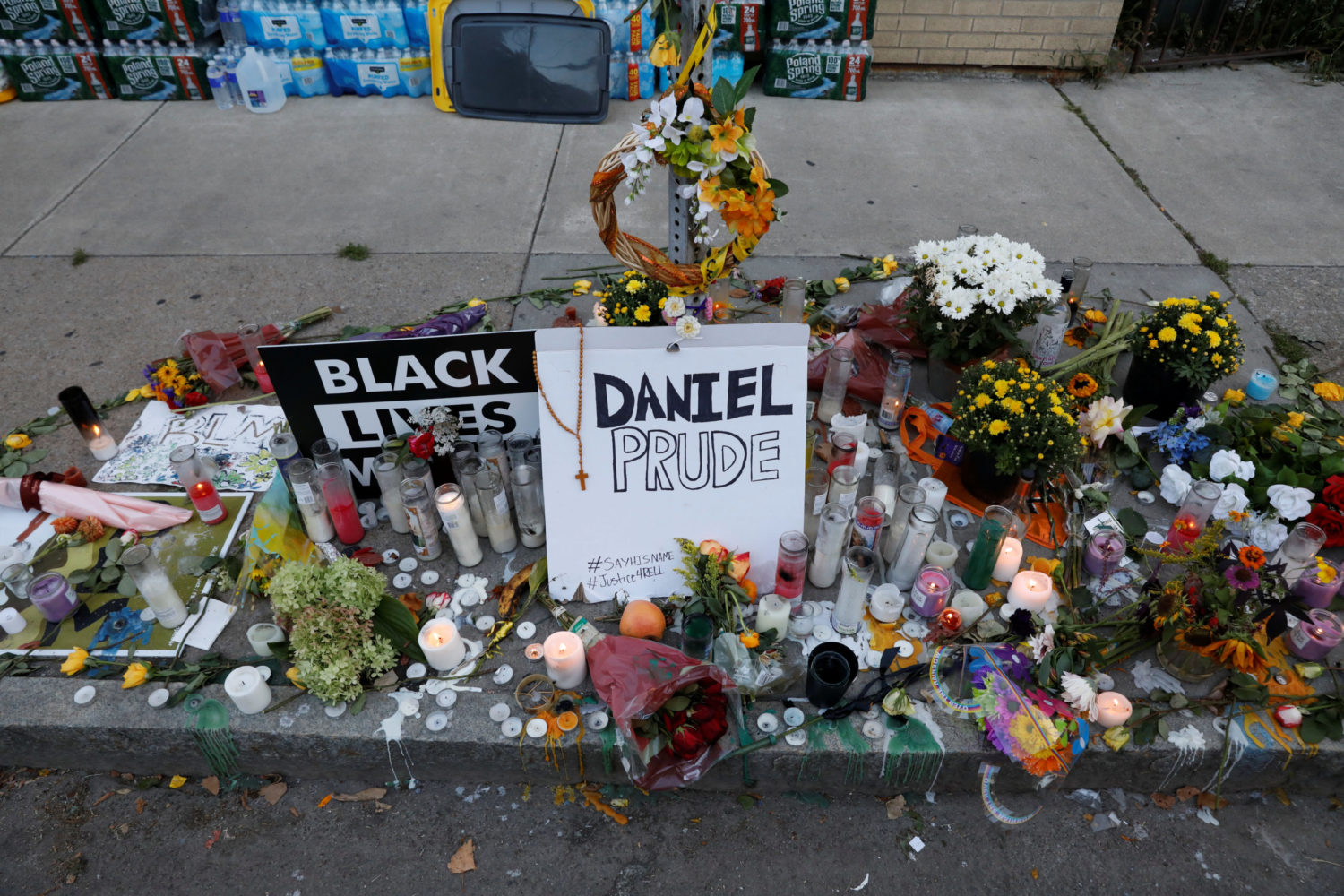 NEW YORK (Reuters) – A grand jury in New York state voted not to indict police officers for the death of Daniel Prude, a Black man who died of asphyxiation while in police custody in March 2020 in the city of Rochester, state Attorney General Letitia James said on Tuesday.

Prude’s family obtained body-worn camera footage of Prude’s death that showed him naked in a dark, snowy street, a so-called mesh “spit hood” placed over his head after he told officers he had contracted the novel coronavirus. The video also shows him being restrained against the ground by police.

The footage was released in September, further fueling ongoing nationwide protests against police violence following other high-profile episodes in 2020 where police killed Black men and women.

James said her office had hoped to secure indictments in the death of Prude, a 41-year-old father of five children who lived in Chicago.

“I know that the Prude family, the Rochester community and communities across the country will rightfully be disappointed this outcome,” James said at a news conference in Rochester, a city in upstate New York.

A lawyer for Prude’s family, the Rochester mayor’s office and the Rochester Police Department did not immediately respond to requests for comment.

Prude had visited his brother and ran out of the house in the middle of the night, prompting the brother to call the police, concerned for Prude’s mental health.

Police officers found Prude naked, approached him with a stun-gun and told him to put his hands behind his back so they could handcuff him, which Prude did, according to a report by James’ office.