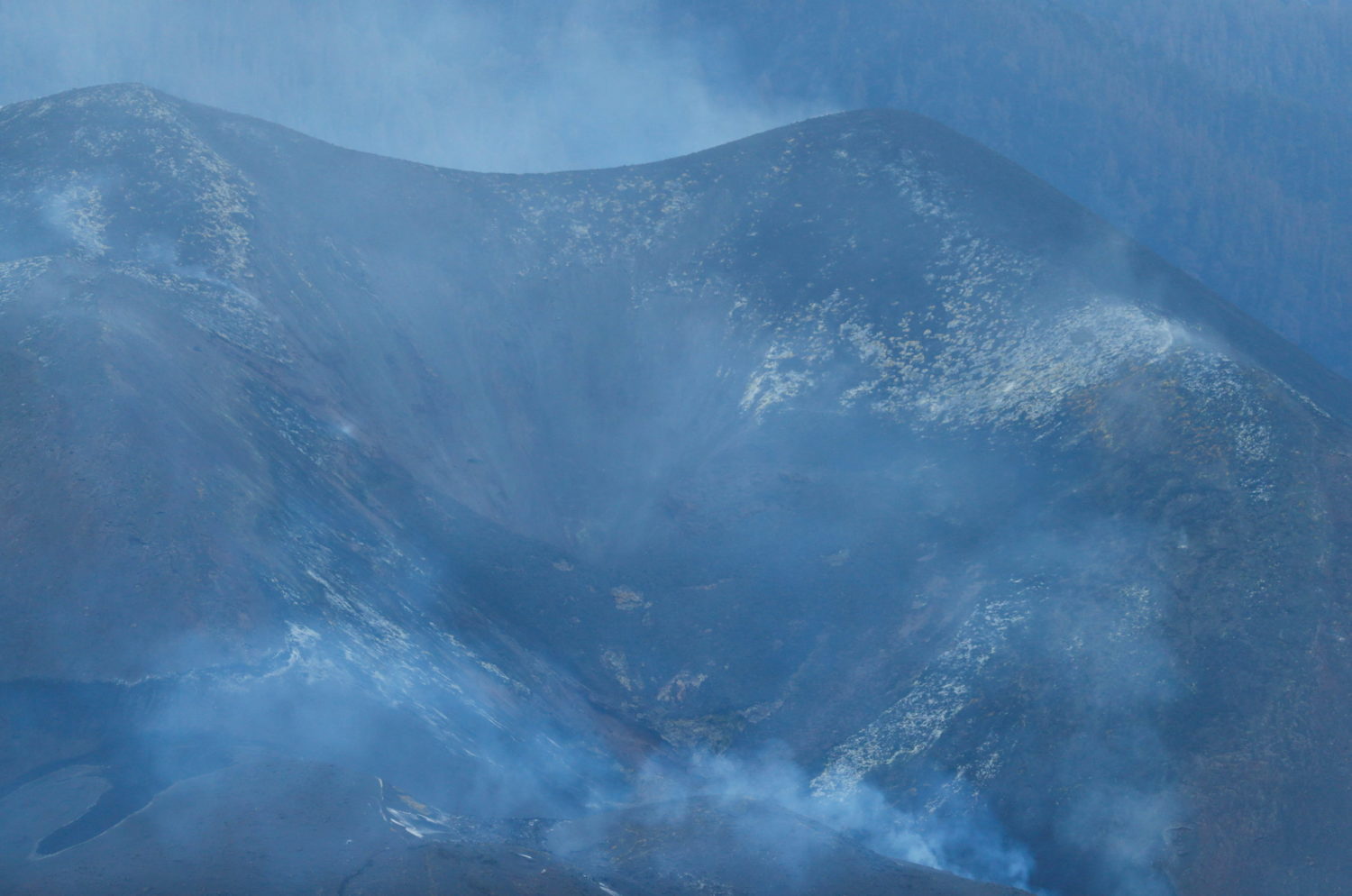 LA PALMA (Reuters) -The Cumbre Vieja volcano on the Spanish island of La Palma was silent for a second day on Wednesday, giving scientists the first chance to study the main crater from its brink as the eruption appeared to be nearing its end after three months.

A group of scientists collecting gas geochemistry data reached the crater at 1300 GMT, the Canary Islands Volcanology Institute, Involcan, said, sharing the first footage of the interior of the volcano’s most active vent not taken by a drone.

La Palma volcano has been quiet since seismic activity all but stopped late on Monday. It is the longest period without tremors since the eruption began on Sept. 19.

Although scientists and monitoring systems detected no signs of volcanic activity, except for occasional and sporadic fumes, authorities warned the next few days would be crucial as it is not uncommon for volcanoes to resume expelling lava.

The eruption response committee said that in order to confirm that the eruption is finally over, “the recorded and observable data must remain at current levels for 10 days”.

“The best thing to do is not to give false hopes, for example in the 1949 eruption it stopped for several days, and several days later it got reactivated,” geologist Eumenio Ancoechea told Reuters.

The eruption, which sent rivers of molten rock down the slopes of Cumbre Vieja for weeks and expanded the size of the island by more than 48 hectares, is the longest on La Palma, according to records dating back to the 16th century.

Thousands of people have been evacuated, at least 2,910 buildings have been destroyed and the island’s main livelihood, banana plantations, have been devastated.