Pastor Jim and Lori Bakker welcome back John Shorey as he shares the latest updates in the prophetic.
END_OF_DOCUMENT_TOKEN_TO_BE_REPLACED

Pastor Jim and Lori Bakker dive into the book of Revelation and discuss new found discoveries revealing the parallels to the days we live in.
END_OF_DOCUMENT_TOKEN_TO_BE_REPLACED

Pastor Jim and Lori Bakker dive into the book of Revelation and discuss new found discoveries revealing the parallels to the days we live in.
END_OF_DOCUMENT_TOKEN_TO_BE_REPLACED

Pastor Jim and Lori Bakker dive into the book of Revelation and discuss new found discoveries revealing the parallels to the days we live in.
END_OF_DOCUMENT_TOKEN_TO_BE_REPLACED

Pastor Jim and Lori Bakker talk about current events and how we may be nearing the end faster than we thought.
END_OF_DOCUMENT_TOKEN_TO_BE_REPLACED 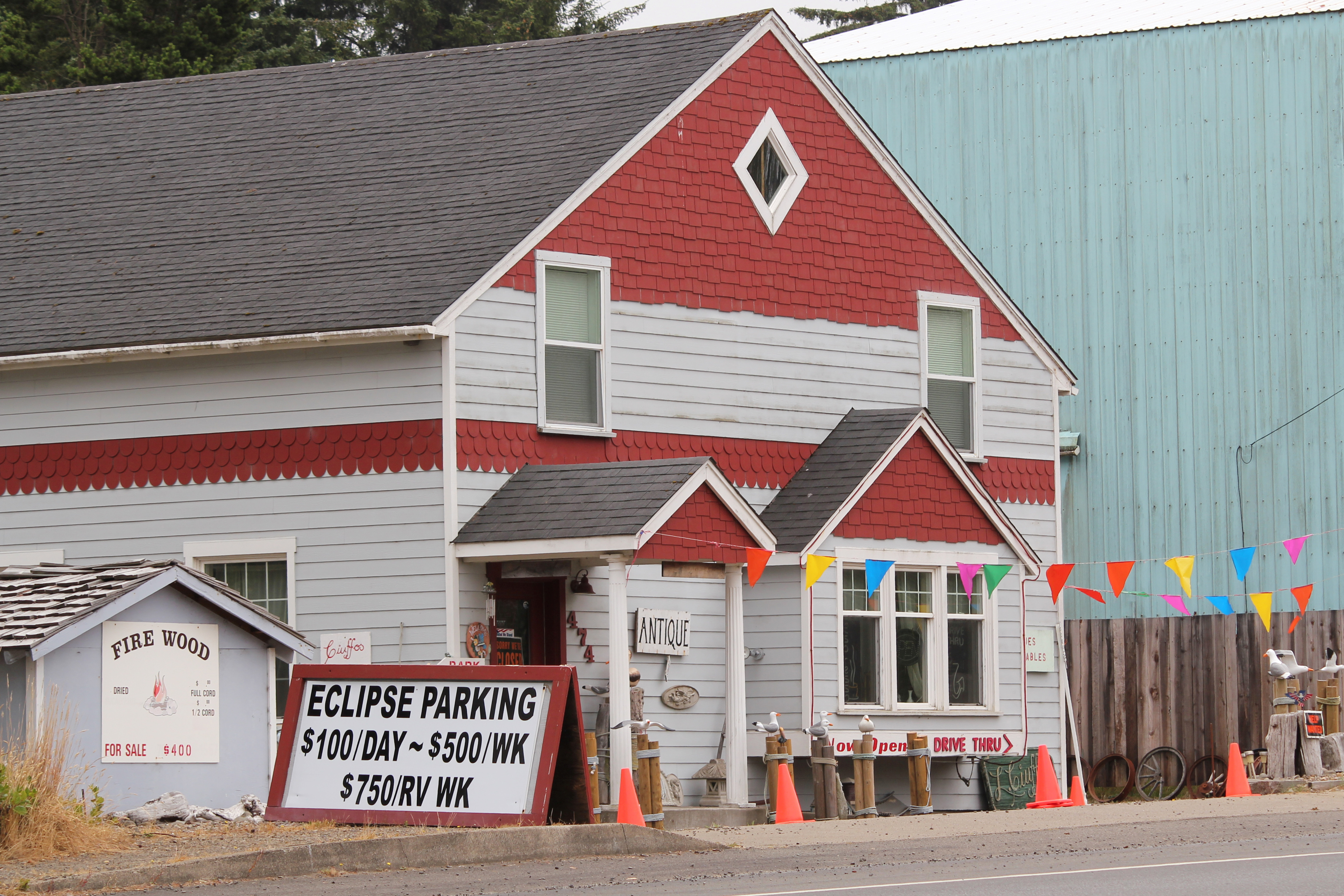 (Reuters) – Twilight will fall at midday on Monday, stars will glimmer and birds will roost in an eerie stillness as millions of Americans and visitors witness the first total solar eclipse to traverse the United States from coast to coast in 99 years.

The sight of the moon’s shadow passing directly in front of the sun, blotting out all but the halo-like solar corona, may draw the largest live audience for a celestial event in human history. When those watching via broadcast and online media are factored into the mix, the spectacle will likely smash records.

“It will certainly be the most observed total eclipse in history,” astronomer Rick Fienberg of the American Astronomical Society (AAS) said last week.

The eclipse begins its cross-country trajectory over the Pacific Coast of Oregon in late morning. It will reach South Carolina’s Atlantic shore some 90 minutes later.

The total eclipse of the sun is considered one of the most spell-binding phenomena in nature but it rarely occurs over a wide swath of land, let alone one of the world’s most heavily populated countries at the height of summer.

In terms of audience potential, it is hard to top the United States, with its mobile and affluent population, even though the direct path is mostly over rural areas, towns and small cities. The largest is Nashville, Tennessee, a city of 609,000 residents.

Even so the advent of social media and inexpensive high-tech optics have boosted public awareness, assuring what many U.S. experts predict will be unprecedented viewership for the so-called “Great American Eclipse.”

Some might take issue with that prediction, citing a solar eclipse visible over parts of India, Nepal, Bangladesh and central China in July 2009. National Geographic estimated 30 million people in Shanghai and Hangzhou alone were in its path that day.

On Monday, the deepest part of the shadow, or umbra, cast by the moon will fall over a 70-mile-wide (113-km-wide), 2,500-mile-long (4,000-km-long) “path of totality” traversing 14 states. The 12 million people who live there can view the eclipse at its fullest merely by walking outside and looking up, weather permitting.

Some 200 million Americans reside within a day’s drive of the totality zone, and as many as 7 million, experts say, are expected to converge on towns and campgrounds along the narrow corridor for the event. Many are attending multi-day festivals featuring music, yoga and astronomy lectures.

Millions more could potentially watch in real time as the eclipse is captured by video cameras mounted on 50 high-altitude balloons and streamed online in a joint project between NASA and Montana State University. A partial eclipse will appear throughout North America.

Adding further to the excitement is the wide availability of affordable solar-safe sunglasses produced by the millions and selling so fast that suppliers were running out of stock.

The owner of one leading manufacturer reported price gouging by second-hand dealers who were buying up large supplies in and reselling them over the internet at a huge mark-up.

Not all the hoopla will unfold on dry land. Welsh pop singer Bonnie Tyler is slated to perform her 1983s hit single “Total Eclipse of the Heart” aboard a cruise liner as the vessel sails into the path of totality from Florida on Monday.

Back on the ground, forest rangers, police and city managers in the total eclipse zone are bracing for a crush of travelers they fear will cause epic traffic jams and heighten wildfire hazards.

Zeiler, an avowed “eclipse chaser” who made the 650-mile (1,046 km) drive from his New Mexico home to Wyoming for a choice view, said South Carolina is likely to see the greatest influx as the destination state closest to the entire U.S. Eastern seaboard.

Monday’s event will be the first total solar eclipse spanning the entire continental United States since 1918 and the first visible anywhere in the Lower 48 states in 38 years.

The next one over North America is due in just seven years, in April 2024.

Pastor Jim and Lori discuss the direction America has been piloted toward and the need to turn back to God. With special guest Perry Stone.
END_OF_DOCUMENT_TOKEN_TO_BE_REPLACED 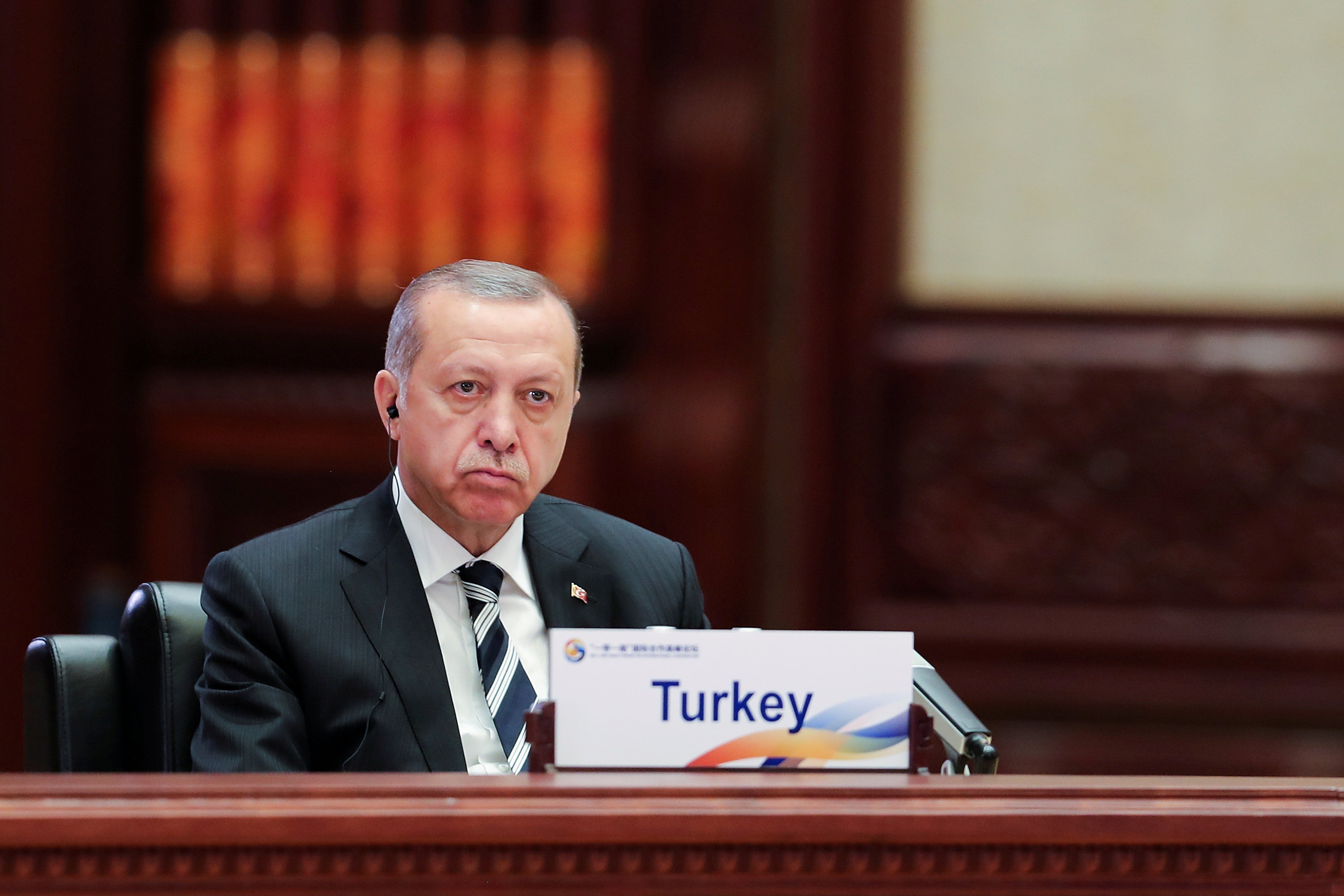 By Orhan Coskun and Daren Butler

ANKARA (Reuters) – Angered by a U.S. decision to arm Kurdish YPG fighters in Syria, Turkey’s President Tayyip Erdogan heads to Washington this week for talks with Donald Trump seeking either to change the president’s mind or to “sort things out ourselves”.

Trump’s approval of plans to supply the YPG as it advances toward the Islamic State stronghold of Raqqa, just days before his first meeting with Erdogan, has cast a shadow over Tuesday’s planned talks between the two NATO allies.

Ankara, a crucial partner in the U.S.-led coalition against Islamic State, considers the YPG an extension of the Kurdistan Workers Party (PKK), which has waged an insurgency in Turkey’s mainly Kurdish southeast for three decades and is designated a terrorist group by Turkey, the European Union and United States.

Washington sees the YPG as distinct from the PKK and as a valuable partner in the fight against Islamic State.

“If we are strategic allies we must take decisions as an alliance. If the alliance is to be overshadowed we’ll have to sort things out for ourselves,” Erdogan told reporters on Sunday, according to the pro-government Sabah newspaper.

Erdogan was speaking during a visit to China, ahead of his trip to Washington for his first meeting with Trump.

Turkey had hoped that Trump’s inauguration would mark a new chapter in ties with Washington after long-running tensions with the Obama administration over Syria policy and Ankara’s demands for the extradition of U.S.-based Muslim cleric Fethullah Gulen.

Erdogan blames Gulen supporters for a failed coup attempt last July and has conducted a large-scale crackdown on them, drawing criticism from Washington. Gulen, who has denied involvement in the coup, remains in the United States.

Erdogan welcomed Trump’s election victory last November and said he hoped it would lead to “beneficial steps” in the Middle East. When Erdogan narrowly won sweeping new powers in an April referendum, Trump rang to congratulate him, unlike European politicians who expressed reservations about the vote.

But hopes for rapprochement took a hit last week. The decision to arm the YPG was “tantamount to placing dynamite under Turkey-USA relations”, a senior Turkish official said.

“Just as it was being said that relations (which were) seriously harmed during the Obama period are being repaired, Turkey moving apart from one of its biggest allies would be an extremely bad sign,” the official, who spoke on condition of anonymity, told Reuters.

Erdogan portrays U.S. support for the Kurdish militia – instead of Syrian Arab rebels – as a leftover policy from the Obama administration, which he said had wrongly accused Turkey of doing too little in the fight against Islamic State.

“It is a slander of the Obama administration. Unfortunately now they have left the Syria and Iraq problem in Trump’s lap,” Erdogan said in China.

Erdogan will tell Trump that backing a Kurdish force to retake Arab territory held by Islamic State will sow future crises, and that other forces in the region including Kurdish Iraqi leaders also oppose the YPG, the Turkish official said.

Turkish Prime Minister Binali Yildirim said after talks in London last week with U.S. Defense Secretary Jim Mattis that Trump’s meeting with Erdogan would be an opportunity to “correct the mistake” of support for the YPG.

“Now we will conduct the final talks,” Erdogan said. “After that we will make our final decision.”

The United States sees few alternatives to supporting the YPG, which forms a major part of the Syrian Democratic Forces advancing on Raqqa, if it is to achieve the goal of crushing Islamic State in Syria.

Erdogan did not spell out what actions Turkey might take if Washington does press ahead with its plans.

Officials have suggested it could step up air strikes on PKK bases in northern Iraq, or YPG targets in Syria. It could also impose limits on the use of its Incirlik air base as a launchpad for the air campaign against Islamic State in Syria and Iraq.

But that would hamper operations against jihadis who also menace Turkey and have claimed responsibility for attacks including the bombing of Istanbul airport in June 2016.

“Naturally (Turkey) would have to consider the aftermath of closing the Incirlik base to (U.S.) use,” said Soli Ozel, a lecturer at Turkey’s Kadir Has university.

“It will not be very easy to put relations back on track,” Ozel said. “I think ultimately a formula will be found. I think neither side wants to cut relations.”

Pastor Jim and Lori talk about the forgotten prophecies and what they mean today with John Shorey.
END_OF_DOCUMENT_TOKEN_TO_BE_REPLACED

Pastor Jim and Lori discuss Cindy Jacobs’ vision and what the prophets are saying today.
END_OF_DOCUMENT_TOKEN_TO_BE_REPLACED