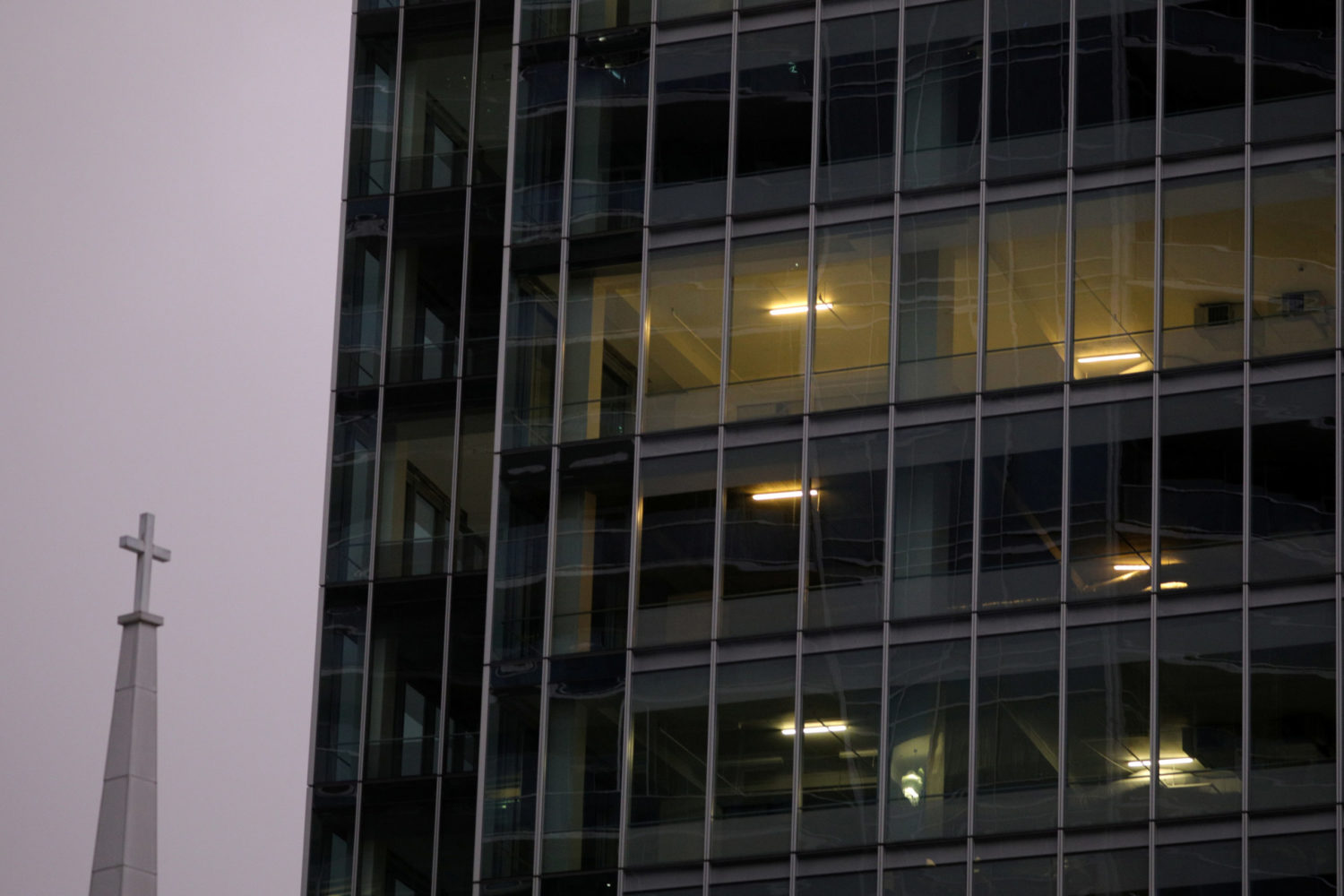 NEW YORK(Reuters) – While news of the Omicron coronavirus variant threatens to derail U.S. companies’ return-to-office-plans, employers trying to get workers back into offices said they are encountering a different, unforeseen challenge: keeping the lights on.

The disruptions to the global supply chain caused by factory shutdowns in Asia, congestion at U.S. ports and a nationwide labor shortage have led to widely publicized microchip and building materials shortages. Now these issues are causing shortages in everyday office supplies, everything from printer ink and toner to paper to lightbulbs.

When anthropology professor Sara Becker returned to her office at the University of California, Riverside, in early November, she noticed several bulbs had burned out over the eight months she’d worked remotely. An assistant in her department contacted the facilities unit for replacements, and Becker was asked what percentage of lightbulbs in her office were out.

“I’m an anthropologist not a mathematician!” Becker joked on Twitter. Becker said in an email interview that, instead of counting bulbs, she sent photos of her darkened office to the facilities department, which, university spokesman John Warren said, is short on lighting materials and lamps.

For offices and workers, these supply issues – which can trickle down to cause workplace headaches – are only adding to the obstacles companies face in getting people back to the office.

Variants of the coronavirus, such as Delta, have already forced companies to push back the dates when they hoped most employees would begin to return to offices. It is possible the Omicron variant, first detected in the United States on Wednesday, will delay openings further.

“It’s a significant challenge as we look at how we bring people back to work,” Carron said in an interview. “It’s a real critical need and one we take for granted.”

Companies across the globe have sounded the alarm on supply issues, which have boosted prices on raw materials from chemicals to steel. The concern dominated the last earnings season, with mentions of the issue by chief executives jumping 412%.

U.S. Customs data showed imports of glass bulbs for use in incandescent lamps fell 25% from the fourth quarter of 2020 to the first quarter this year, a period when the supply-chain issues first hit supplies. Imports have since rebounded but are still below pre-pandemic levels. The United States gets most of its incandescent bulbs from Taiwan.

In addition to lightbulbs, a source at one of the big retail banks, speaking on condition of anonymity, said replacement parts for heating and air-conditioning units across its branch network were in short supply.

In a recent earnings call, ODP Corp Chief Executive Gerry Smith, whose company owns the Office Depot and OfficeMax superstore chains, said the company anticipates a shortage in printer ink and toner until early next year. And one Midwestern law firm asked staff in an email last month to cut back on printing because they are short on paper, according to a copy of the email seen by Reuters. The law firm did not immediately respond to a request for comment.

Peter Lorenz, director of facilities and office operations at law firm Cadwalader, Wickersham & Taft LLP, said they also experienced paper shortages and delays in obtaining lightbulbs at the firm’s New York City office, a 360,000-square-foot (33,445-square-meter) space that used to be occupied by about 500 employees before the pandemic.

Supplies have been ramping back up since mid-October, Lorenz said, as employees began returning to the office as part of a hybrid work model, in which they split time between that workplace and working remotely.

“I think a lot of the suppliers have sort of bulked up so that they have a pretty good inventory of what we need,” he said in a phone interview.

If there is a silver lining to be found in this facilities management headache, Jones Lang LaSalle’s Carron said, it is in the lessons that building managers learned from last year’s pandemic-triggered shortages.

“They’ve got toilet paper,” she joked.