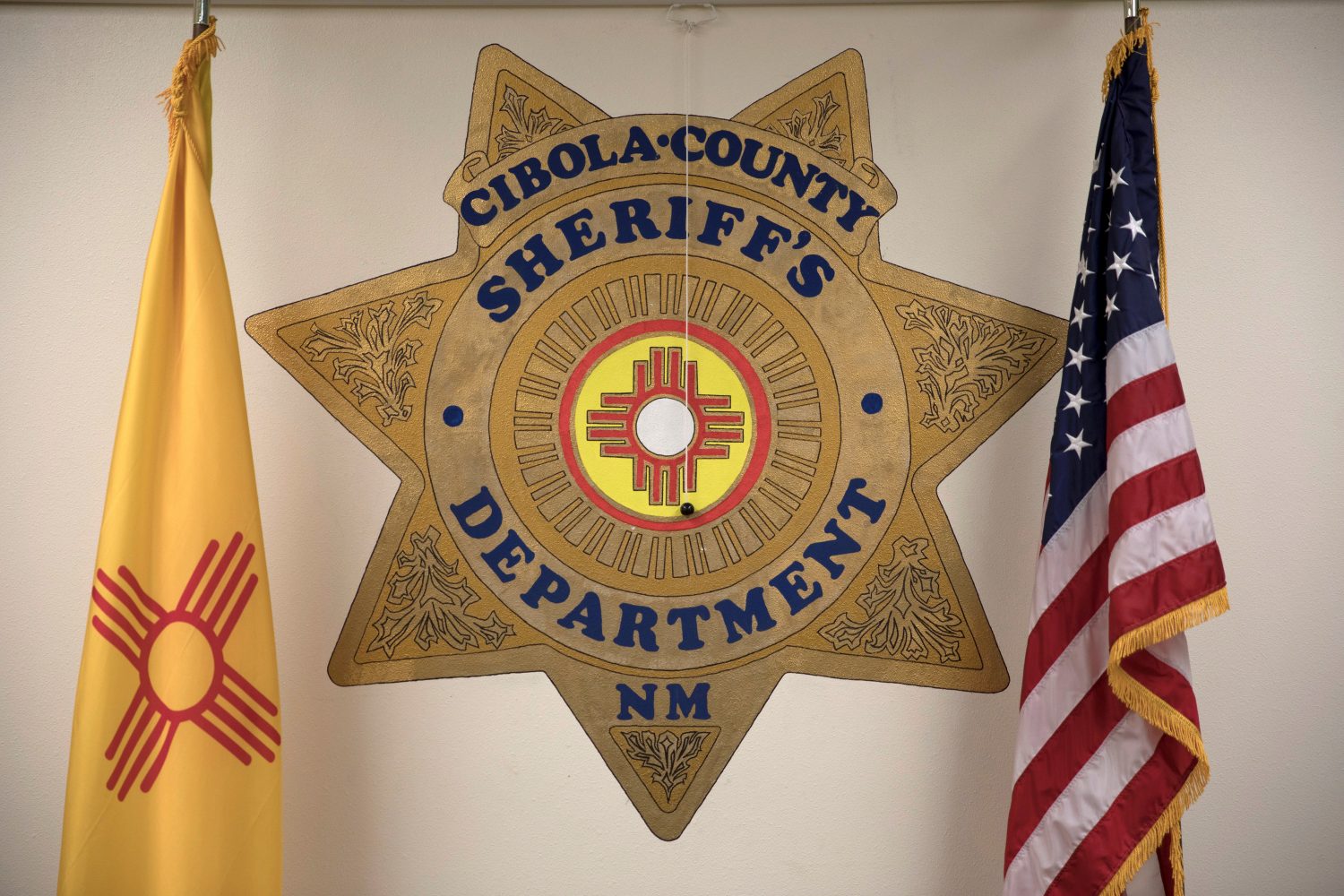 (Reuters) – A rapidly growing number of counties in at least four states are declaring themselves Second Amendment sanctuaries, refusing to enforce gun-control laws that they consider to be infringements on the U.S. constitutional right to keep and bear arms.

Organizers of the pro-gun sanctuaries admit they took the idea from liberals who have created immigration sanctuaries across the United States where local officials defy the Trump administration’s efforts to enforce tougher immigration laws.

Now local conservatives are rebelling against majority Democratic rule in the states. Elected sheriffs and county commissioners say they might allow some people deemed to be threats under “red flag” laws to keep their firearms. In states where the legal age for gun ownership is raised to 21, authorities in some jurisdictions could refuse to confiscate guns from 18- to 20-year-olds.

Democrats took control of state governments or widened leads in legislative chambers last November, then followed through on promises to enact gun control in response to an epidemic of mass shootings in public spaces, religious sites and schools.

Resistance to those laws is complicating Democratic efforts to enact gun control in Washington, Oregon, New Mexico and Illinois, even though the party holds the governorship and both chambers of the state legislature in all four states.

The sanctuary movement is exposing the rift between rural and urban America as much as the one between the Republican and Democratic parties, as small, conservative counties push back against statewide edicts passed by big-city politicians.

“If they want to have their own laws, that’s fine. Don’t shove them on us down here,” said Dave Campbell, a member of the board of Effingham County, Illinois, about 215 miles (350 km) south of Chicago.

Backers of the sanctuary movement say they want to take it nationwide. Leaders in all four states where it has taken hold have formed a loose alliance, sometimes sharing strategies or texts of resolutions. They also say they are talking with like-minded activists in California, New York, Iowa and Idaho.

As it grows, the rebellion is setting up a potential clash between state and local officials.

In Washington, nearly 60 percent of the voters in November approved Initiative 1639, which raises the minimum age to purchase a semiautomatic rifle to 21, enhances background checks and increases the waiting period to buy such guns to 10 days.

The law is due to take effect in July, but sheriffs in more than half of Washington’s 39 counties have pledged not to enforce it, pro-gun activists say, and five counties have passed resolutions to the same effect.

Governor Jay Inslee has firmly backed I-1639 and Attorney General Bob Ferguson has advised sheriffs “they could be held liable” if they allow a dangerous person to acquire a firearm later used to do harm.

Sheriff Bob Songer of Klickitat County, population 22,000, called Ferguson’s warning a “bluff” and said he would not enforce I-1639 because he considered it unconstitutional.

“Unfortunately for the governor and the attorney general, they’re not my boss. My only boss is the people that elected me to office,” Songer said.

Support for Second Amendment sanctuaries has gained momentum in recent weeks, especially among county boards in New Mexico and Illinois.

Sixty-three counties or municipalities in Illinois have passed some form of a firearms sanctuary resolution and more are likely to, Campbell said.

Twenty-five of New Mexico’s 33 counties have passed resolutions to support sheriffs who refuse to enforce any firearms laws that they consider unconstitutional, according to the New Mexico Sheriffs Association. In some cases hundreds of pro-gun activists have packed county commissioner meetings. 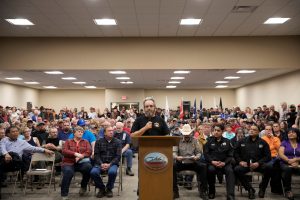 Organizers in Oregon plan to put even more defiant “sanctuary ordinance” measures on county ballots in 2020 that will direct their officials to resist state gun laws.

Such sanctuary resolutions could face legal challenges but backers say they have yet to face a lawsuit, in part because the Washington initiative has yet to take effect and the Illinois and New Mexico legislation has yet to pass.

The chief counsel for a leading U.S. gun-control group questioned the legality of the sanctuary movement, saying state legislatures make laws and courts interpret them, not sheriffs.

“It should not be up to individual sheriffs or police officers deciding which laws they personally like,” said Jonathan Lowy of the Brady Campaign to Prevent Gun Violence. “This attitude shows a disrespect for the way our system of government is supposed to operate.”

In New Mexico, the legislature is moving forward with a slate of gun-control bills. One would enhance background checks and another would create a red-flag law keeping guns out of the hands of people deemed dangerous by a judge.

The New Mexico Sheriffs Association is leading the resistance, saying the red-flag law would violate due process rights and was unnecessary given current statutes.

Tony Mace, sheriff of Cibola County and chairman of the statewide group, said the background check law would impose regulations on hunting buddies or competitive shooters every time they share guns, and he refuses to spend resources investigating such cases.

New Mexico Governor Michelle Lujan Grisham accused the rebellious sheriffs of falsely promoting the idea that “someone is coming for their firearms,” saying none of the proposed laws infringe on Second Amendment rights.”It’s an exhausting charade,” Lujan Grisham said.