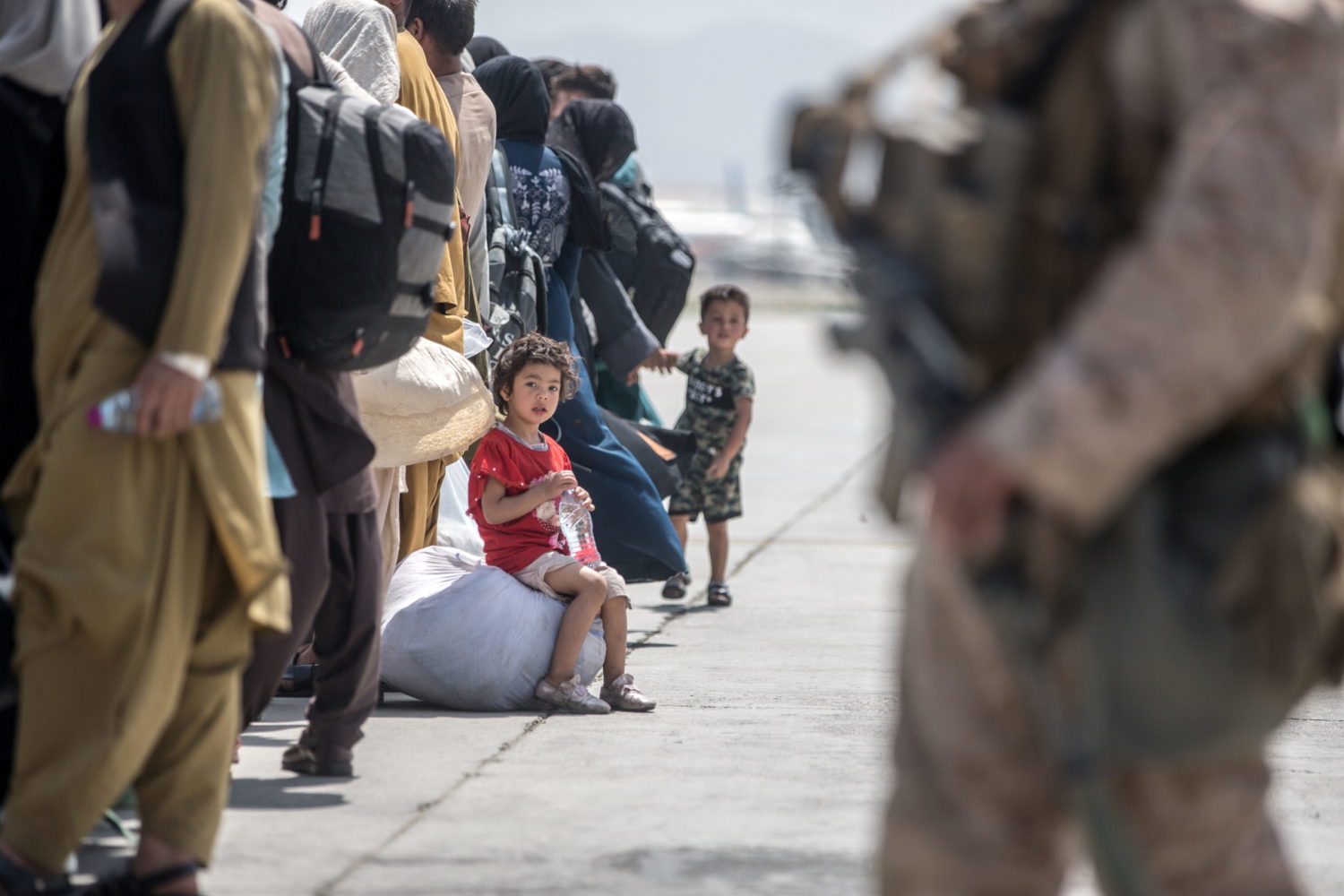 (Reuters) – Afghanistan’s new Taliban rulers said on Tuesday they wanted all foreign evacuations from the country completed by an Aug. 31 deadline and they would not agree to an extension.

The hardline Islamist group sought to assure the thousands of Afghans crowded into Kabul airport in the hope of boarding flights they had nothing to fear and should go home.

“We guarantee their security,” Taliban spokesman Zabihullah Mujahid told a news conference in the capital, which Taliban fighters seized on Aug. 15.

As he spoke, Western troops were working frantically to get foreigners and Afghans onto planes and out of the country. U.S. President Joe Biden faced growing pressure to negotiate more time for the airlift.

Chaos punctuated by sporadic violence has gripped the airport following the Taliban’s rapid takeover of the country.

Leaders of the Group of Seven (G7) countries – Britain, Canada, France, Germany, Italy, Japan and the United States – were due to meet virtually later on Tuesday to discuss the crisis.

The Taliban’s Mujahid said the group had not agreed to an extension of the deadline and it wanted all foreign evacuations to be completed by Aug. 31.

He also called on the United States not to encourage Afghan people to leave their homeland.

The Taliban wanted to resolve the situation through dialogue, he said, and he urged foreign embassies not to close or stop work.

“We have assured them of security,” he said.

Countries that have evacuated nearly 60,000 people over the past 10 days were trying to meet the deadline agreed earlier with the Taliban for the withdrawal of foreign forces, a NATO diplomat told Reuters.

“Every foreign force member is working at a war-footing pace to meet the deadline,” said the official, who declined to be identified.

Biden, who has said U.S. troops might stay beyond the deadline, has warned the evacuation was going to be “hard and painful” and much could still go wrong.

Democratic U.S. Representative Adam Schiff, chairman of the House of Representatives Intelligence Committee, told reporters he did not believe the evacuation could be completed in the days remaining.

“It’s possible but I think it’s very unlikely given the number of Americans who still need to be evacuated,” Schiff said.

British defense minister Ben Wallace told Sky News he was doubtful there would be a deadline extension. But German Foreign Minister Heiko Maas said Germany was working with the United States and Britain to ensure the NATO allies can fly civilians out after the deadline.

“Even if the deadline is Aug. 31 or is extended by a few days, it will not be enough to evacuate those we want to evacuate and those that the United States wants to evacuate,” Maas told Bild newspaper.

“That’s why we are working with the United States and Britain to ensure that once the military evacuation is completed it is still possible to fly civilians out of Kabul airport.”

The frantic evacuation operation kicked off after the Taliban seized Kabul on Aug. 15 and the U.S.-backed government collapsed as the United States and its allies withdrew troops after a 20-year presence.

The militant group had been ousted by U.S.-led forces in the weeks after the Sept. 11, 2001, attacks on the United States by al Qaeda militants whose leaders had found safe haven in Afghanistan.

Many Afghans fear reprisals and a return to a harsh version of Islamic law that the Taliban enforced when in power from 1996 to 2001, in particular the repression of women.

Seeking to ease such fears, Taliban spokesman Mujahid said it was trying to come up with a procedure so women could return to work.

He also said there was no list of people targeted for reprisals.

“We have forgotten everything in the past,” he said.

However, the top U.N. human rights official, Michelle Bachelet, said she had received credible reports of serious violations committed by the Taliban, including summary execution of civilians and restrictions on women and protests against their rule.

“A fundamental red line will be the Taliban’s treatment of women and girls,” she told an emergency session of the Human Rights Council in Geneva.