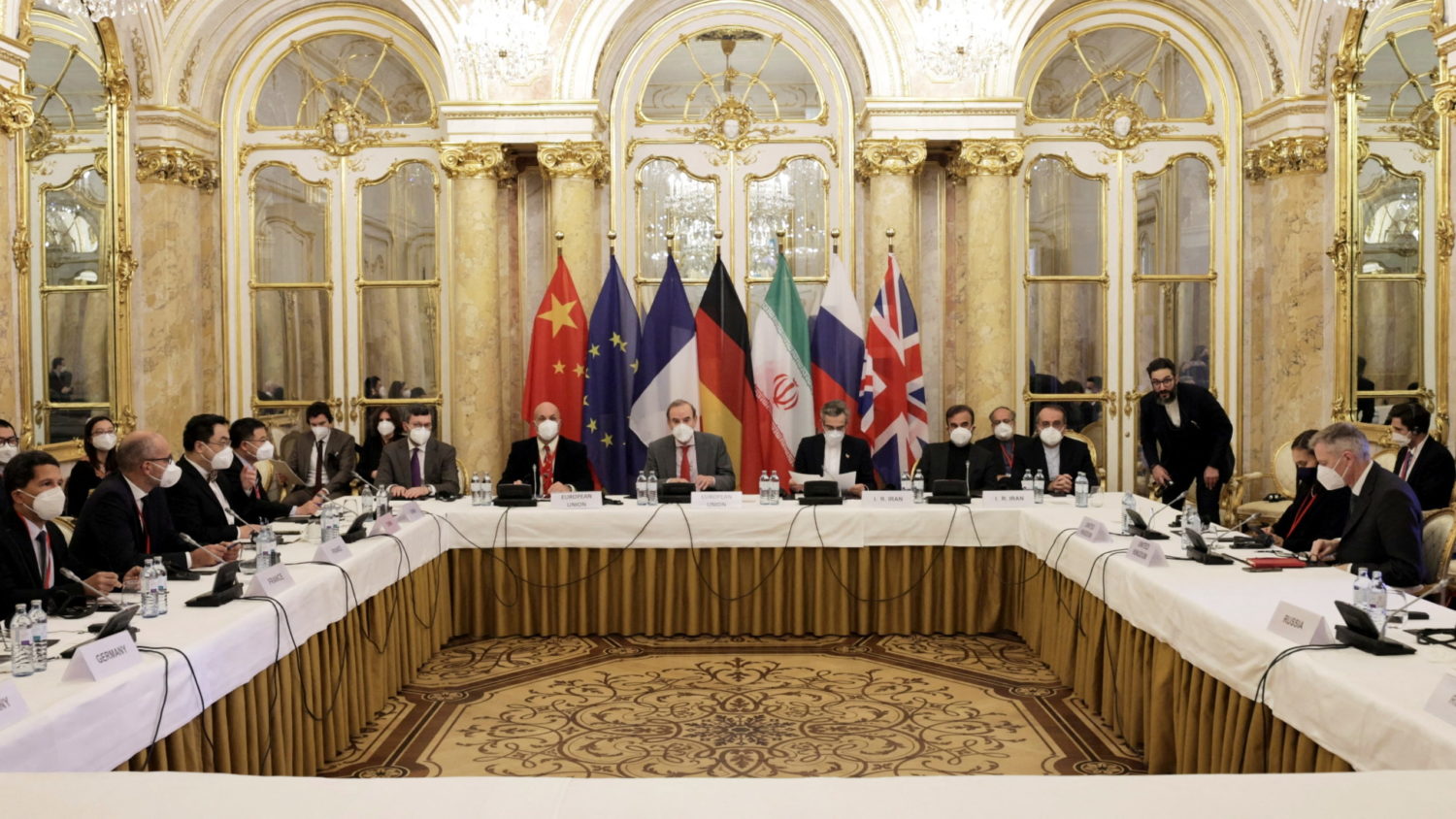 VIENNA (Reuters) -Indirect talks between Iran and the United States on salvaging the 2015 Iran nuclear deal resumed on Monday with Tehran focused on one side of the original bargain, lifting sanctions against it, despite scant progress on reining in its atomic activities.

The seventh round of talks, the first under Iran’s new hardline President Ebrahim Raisi, ended 10 days ago after adding some new Iranian demands to a working text. Western powers said progress was too slow and negotiators had “weeks not months” left before the 2015 deal becomes meaningless.

Little remains of that deal, which lifted sanctions against Tehran in exchange for restrictions on its atomic activities. Then-President Donald Trump pulled Washington out of it in 2018, re-imposing U.S. sanctions, and Iran later breached many of the deal’s nuclear restrictions and kept pushing well beyond them.

“If we work hard in the days and weeks ahead we should have a positive result…. It’s going to be very difficult, it’s going to be very hard. Difficult political decisions have to be taken both in Tehran and in Washington,” the talks’ coordinator, European Union envoy Enrique Mora, told a news conference.

He was speaking shortly after a meeting of the remaining parties to the deal – Iran, Russia, China, France, Britain, Germany and the European Union – formally kicked off the round on Monday evening.

“There is a sense of urgency in all delegations that this negotiation has to be finished in a relatively reasonable period of time. Again, I wouldn’t put limits but we are talking about weeks, not about months,” Mora said.

Iran refuses to meet directly with U.S. officials, meaning that other parties must shuttle between the two sides. The United States has repeatedly expressed frustration at this format, saying it slows down the process, and Western officials still suspect Iran is simply playing for time.

The 2015 deal extended the time Iran would need to obtain enough fissile material for a nuclear bomb, if it chose to, to at least a year from around two to three months. Most experts say that time is now less than before the deal, though Iran says it only wants to master nuclear technology for civil uses.

END OF THE ROAD

“The most important issue for us is to reach a point where, firstly, Iranian oil can be sold easily and without hindrance,” Iranian media quoted Foreign Minister Hossein Amirabdollahian as saying.

Mora, however, said both the lifting of sanctions and Iran’s nuclear restrictions would be discussed.

Iran insists all U.S. sanctions must be lifted before steps are taken on the nuclear side, while Western negotiators say nuclear and sanctions steps must be balanced.

U.S. sanctions have slashed Iran’s oil exports, its main revenue source. Tehran does not disclose data, but assessments based on shipping and other sources suggest a fall from about 2.8 million barrels per day (bpd) in 2018 to as low as 200,000 bpd. One survey put exports at 600,000 bpd in June.

Mora said he decided to reconvene the talks during many officials’ holidays between Christmas and the New Year so as not to lose time, but he added that talks would stop for three days as of Friday “because the facilities will not be available”, referring to the luxury hotel hosting most meetings.

When the seventh round wrapped up, incorporating some Iranian demands, negotiators from France, Britain and Germany said in a statement: “This only takes us back nearer to where the talks stood in June”, when the previous round ended.

“We are rapidly reaching the end of the road for this negotiation,” they added.