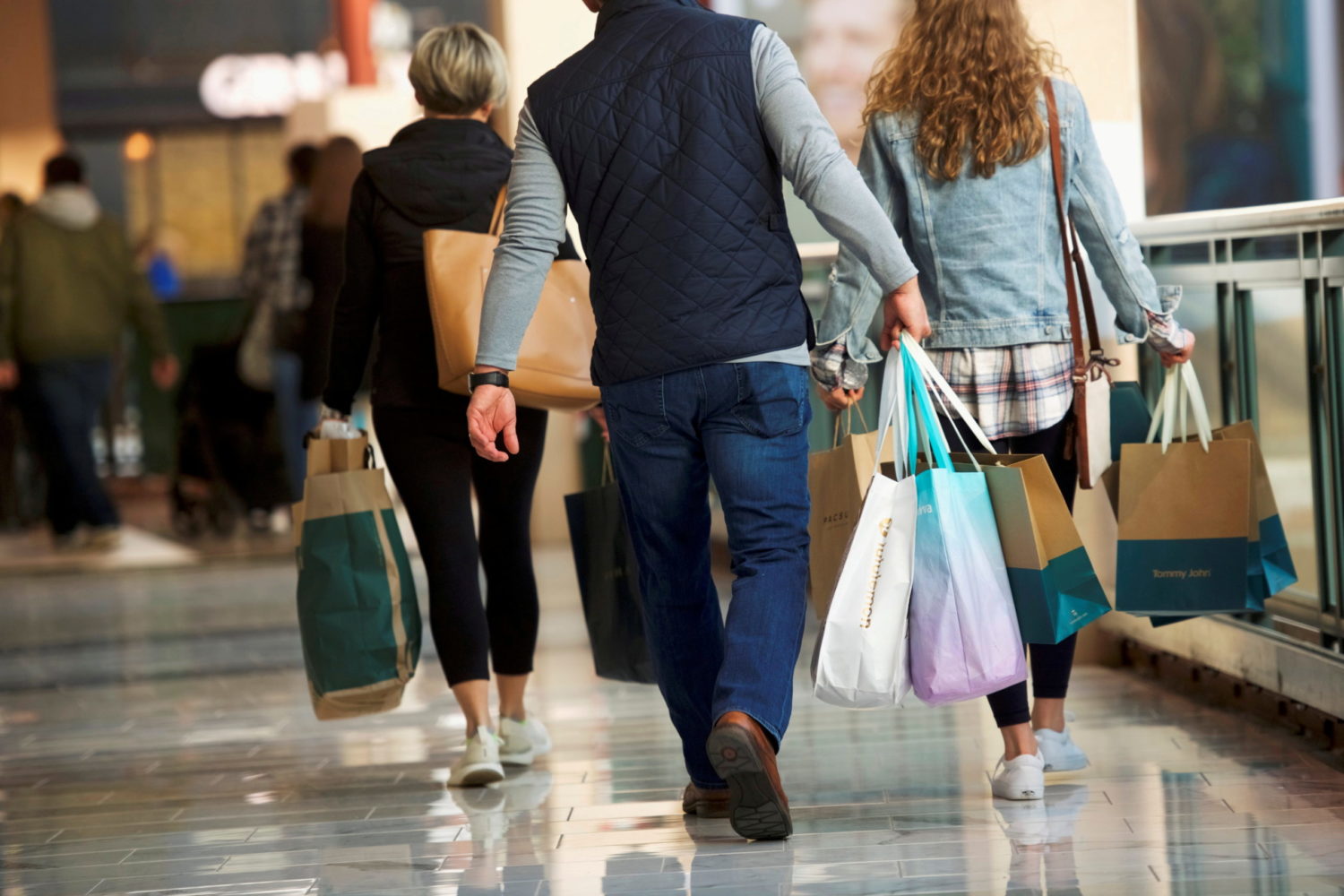 WASHINGTON (Reuters) – U.S. consumer spending paused in May as shortages hurt motor vehicle purchases, but the supply constraints and increased demand for services helped to lift prices, with the Federal Reserve’s main inflation measure rising by the most in 29 years.

There was, however, some good news on inflation. Consumers this month perceived higher inflation to be temporary, a survey showed on Friday, aligning with the views of Fed Chair Jerome Powell and Treasury Secretary Janet Yellen. Consumers’ inflation expectations are key as they can influence households’ behavior.

With at least 150 million Americans fully vaccinated against COVID-19, which is allowing the economy to reopen and people to travel, dine out and engage in other activities that were restricted during the pandemic, consumer spending is expected to pick up in the coming months. Trillions of dollars in excess savings and rising household wealth due to gains in stock prices and home values are expected to provide a powerful tailwind.

“Spending growth will shift to services from goods, and drive a strong economic recovery throughout the rest of 2021 and all of 2022,” said Gus Faucher, chief economist at PNC Financial in Pittsburgh. “The biggest drags are higher prices for some goods and services and shortages due to production bottlenecks.”

The unchanged reading in consumer spending, which accounts for more than two-thirds of U.S. economic activity, followed an upwardly revised 0.9% jump in April, the Commerce Department said. Consumer spending was previously reported to have increased 0.5% in April. Economists polled by Reuters had forecast consumer spending would rise 0.4% in May.

Motor vehicles and some household appliances are scarce because of supply bottlenecks stemming from the pandemic. A global shortage of semiconductors is hampering motor vehicle production. Spending is also starting to shift back to the services part of the economy, which accounts for two-thirds of consumer spending, though the pace last month was insufficient to offset the drag from goods.

Spending on services rose 0.7%, led by recreation, restaurants and hotels as well as housing and utilities. Spending on goods fell 1.3%, with outlays of long-lasting goods like motor vehicles tumbling 2.8%. Goods spending surged as the pandemic confined people to their homes.

The personal consumption expenditures (PCE) price index, excluding the volatile food and energy components, increased 0.5% after advancing 0.7% in April. In the 12 months through May, the so-called core PCE price index shot up 3.4%, the largest gain since April 1992. The core PCE price index rose 3.1% on a year-on-year basis in April.

The core PCE price index is the Fed’s preferred inflation measure for its flexible 2% target. Year-on-year inflation is accelerating in part as last spring’s weak readings drop from the calculation.

Stocks on Wall Street were trading largely higher, with the S&P 500 index hitting a record high as investors focused on the moderation in the monthly inflation reading. The dollar slipped against a basket of currencies. U.S. Treasury prices were mostly lower.

Though the so-called base effects likely peaked in May, inflation will probably remain high in the near term because of the supply constraints and worker shortages, which are boosting wage growth.

“While we foresee increased inflation stickiness, with core PCE inflation hovering around 3.0% in the second half (of the year), we don’t foresee runaway inflation,” said Lydia Boussour, lead U.S. economist at Oxford Economics in New York.

Consumers seem to agree. The University of Michigan consumer survey’s one-year inflation expectation dropped to 4.2% in June from a decade-high 4.6% in May. The survey noted that “consumers also believed that the price surges will mostly be temporary.”

Powell acknowledged this week that “inflation has increased notably in recent months,” but told lawmakers that the U.S. central bank “will not raise interest rates preemptively because we fear the possible onset of inflation.”

When adjusted for inflation, consumer spending fell 0.4% last month after rising 0.3% in April. Despite May’s drop in the so-called real consumer spending, consumption is running higher than its pace in the first quarter.

Gross domestic product growth estimates for this quarter are around a 9% annualized rate, which would be an acceleration from the 6.4% pace logged in the first quarter. Economists believe the economy could achieve growth of at least 7% this year. That would be the fastest growth since 1984. The economy contracted 3.5% in 2020, its worst performance in 74 years.

In addition to the supply squeeze, the ebbing boost from government stimulus checks likely restrained consumer spending last month. Transfer payments from the government dropped 11.7%. That resulted in personal income falling 2.0% after declining 13.1% in April.

But there is ample fuel to drive spending. Wages gained 0.8% after rising 1.0% in April. The saving rate fell to a still-lofty 12.4% from 14.5% in April. Households accumulated at least $2.5 trillion in excess savings during the pandemic.

From July through December some households will receive income under the expanded Child Tax Credit program, which will soften the blow of an early termination of government-funded unemployment benefits in 26 states. 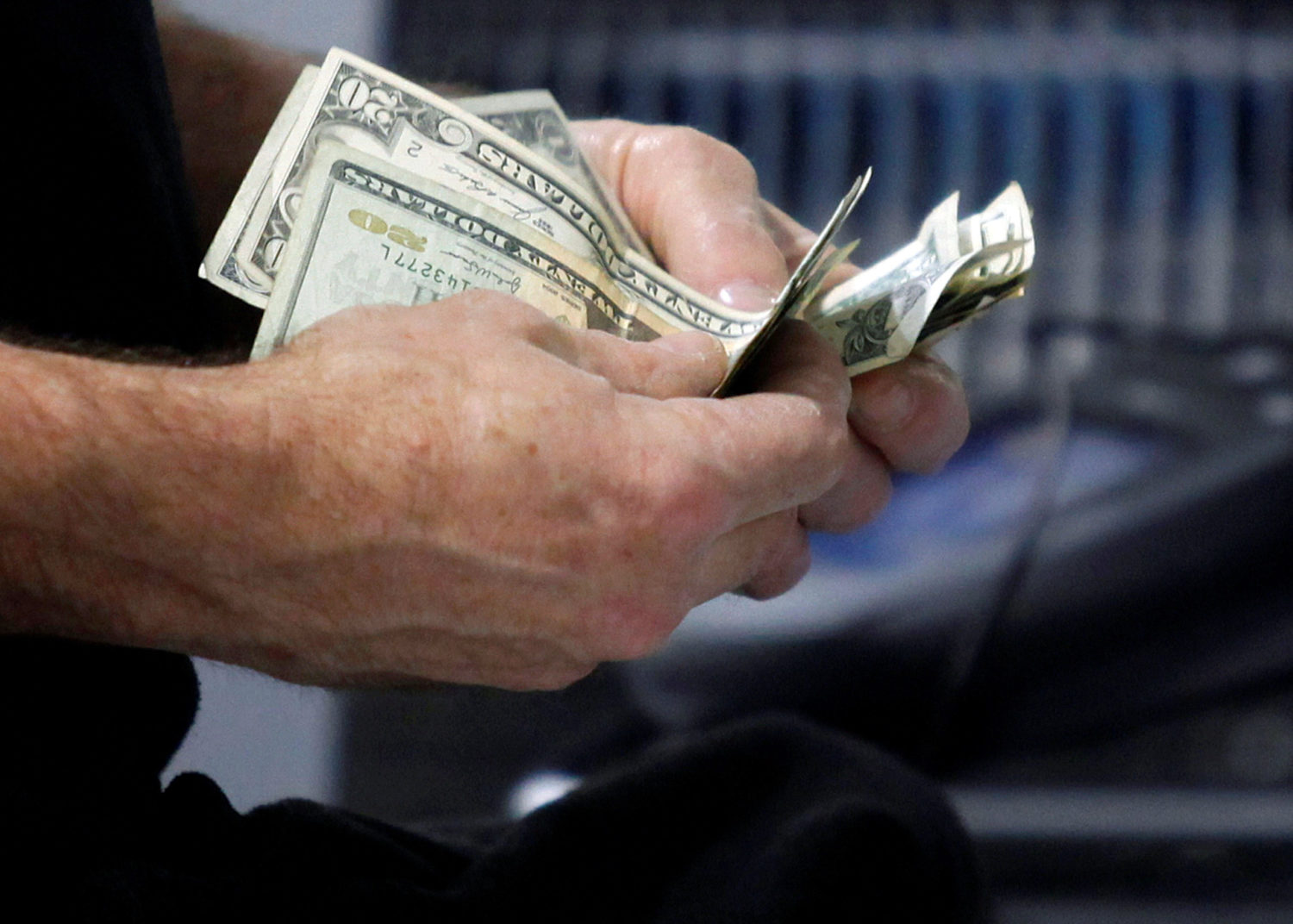 WASHINGTON (Reuters) – U.S. consumer spending rebounded in March amid a surge in income as households received additional COVID-19 pandemic relief money from the government, building a strong foundation for a further acceleration in consumption in the second quarter.

Other data on Friday showed labor costs jumped by the most in 14 years in the first quarter, driven by a pick-up in wage growth as companies competed for workers to boost production. The White House’s massive $1.9 trillion fiscal stimulus and rapidly improving public health are unleashing pent-up demand.

“While we aren’t completely out of the woods yet, today’s report shows the beginning of an economic rebound,” said Brendan Coughlin, head of consumer banking at Citizens in Boston. “Assuming no setback in the continued rollout of the vaccines, U.S. consumers are well-positioned in the second half of the year to stimulate strong economic growth across the country.”

Consumer spending, which accounts for more than two-thirds of U.S. economic activity, increased 4.2% last month after falling 1.0% in February, the Commerce Department said. The increase was broadly in line with economists’ expectations.

The data was included in Thursday’s gross domestic product report for the first quarter, which showed growth shooting up at a 6.4% annualized rate in the first three months of the year after rising at a 4.3% pace in the fourth quarter. Consumer spending powered ahead at a 10.7% rate last quarter.

Most Americans in the middle- and low-income brackets received one-time $1,400 stimulus checks last month which were part of the pandemic rescue package approved in March. That boosted personal income 21.1% after a drop of 7.0% in February.

A chunk of the cash was stashed away, with the saving rate soaring to 27.6% from 13.9% in February. Households have amassed at least $2.2 trillion in excess savings, which could provide a powerful tailwind for consumer spending this year and beyond.

The government’s generosity and expansion of the COVID-19 vaccination program to include all American adults is lifting consumer spirits, with a measure of household sentiment rising to a 13-month high in April.

Wages are also increasing, which should to help to underpin spending when stimulus boost fades.

In a separate report on Friday, the Labor Department said its Employment Cost Index, the broadest measure of labor costs, jumped 0.9% in the first quarter. That was the largest rise since the second quarter of 2007.

The ECI is widely viewed by policymakers and economists as one of the better measures of labor market slack and a predictor of core inflation as it adjusts for composition and job quality changes. Last quarter’s increase was driven by a 1.0% rise in wages, also the biggest gain in 14 years.

Wages in the accommodation and food services industry, hardest hit by the pandemic, soared 1.7%.

Despite employment being 8.4 million jobs below its peak in February 2020, businesses are struggling to find qualified workers as they rush to meet the robust domestic demand.

U.S. stocks were lower after a recent rally. The dollar rose against a basket of currencies. U.S. Treasury prices were higher.

Federal Reserve Chair Jerome Powell on Wednesday acknowledged the worker shortage saying “one big factor would be schools aren’t open yet, so there’s still people who are at home taking care of their children, and would like to be back in the workforce, but can’t be yet.”

Economists agree and expect the rising wages to contribute to higher inflation this year.

The strengthening demand and the dropping of last year’s weak readings from the calculation lifted inflation last month.

The personal consumption expenditures (PCE) price index excluding the volatile food and energy component increased 0.4% after edging up 0.1% in February. In the 12 months through March, the so-called core PCE price index increased 1.8%, the most since February 2020.

The core PCE price index is the Fed’s preferred inflation measure for its 2% target, which is a flexible average.

Powell reiterated on Wednesday that he expected higher inflation will transitory. But some economists have doubts.

“While labor costs are hardly getting out of hand, there is clearly more wage pressure in the economy at present than the early stages of the past cycle,” said Sarah House, a senior economist at Wells Fargo in Charlotte, North Carolina.

“Stronger labor cost growth even before the economy hits full employment is a reason to think that even after the reopening-fueled pop this year, inflation is likely to settle above the anemic rate of the past cycle.”

When adjusted for inflation, consumer spending rebounded 3.6% last month after falling 1.2% in February. The rebound in the so-called real consumer spending sets consumption on a higher growth trajectory heading into the second quarter.

Most economists expect double-digit growth this quarter, which would position the economy to achieve growth of at least 7%, which would be the fastest since 1984. The economy contracted 3.5% in 2020, its worst performance in 74 years.