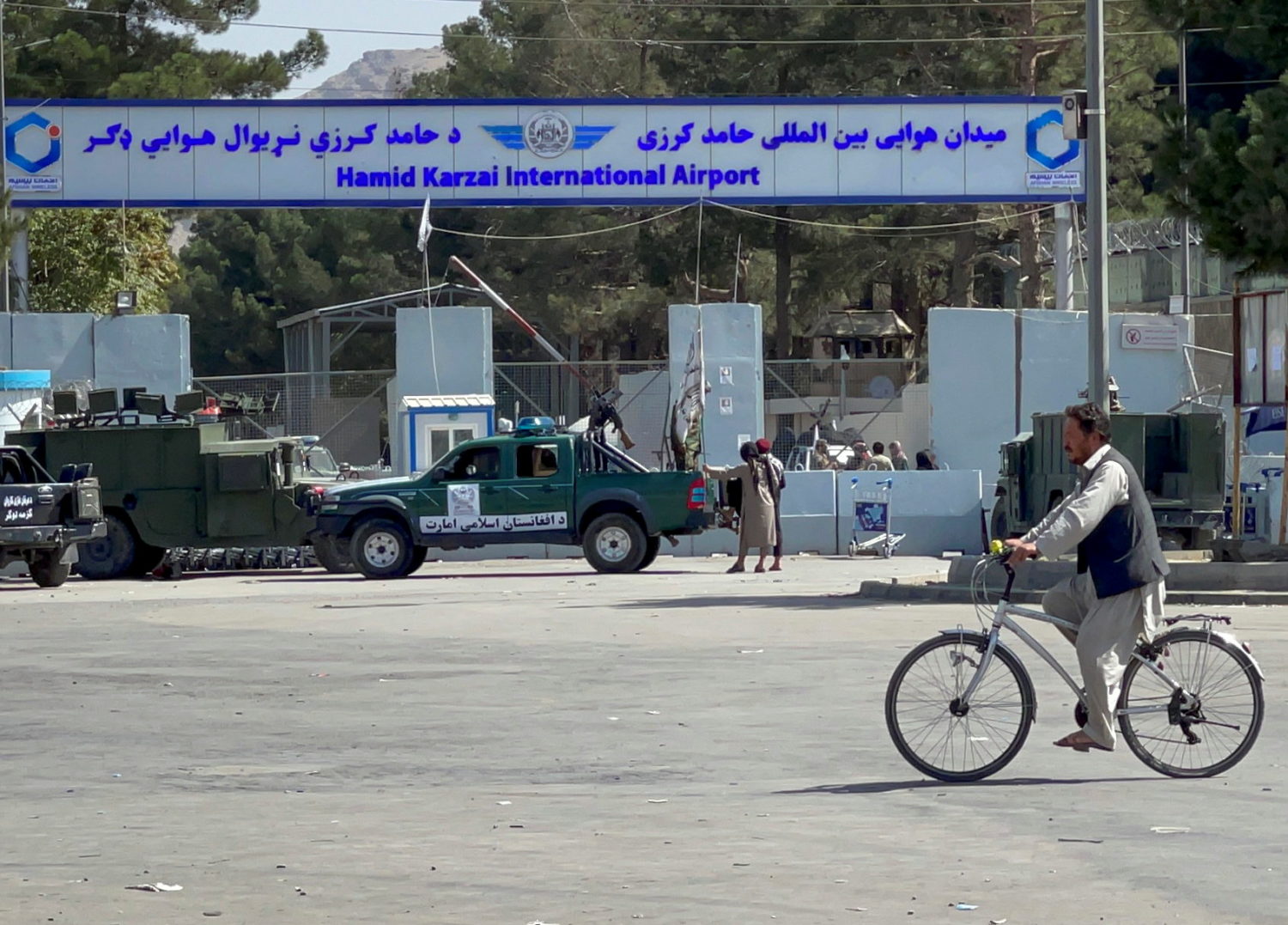 WASHINGTON (Reuters) -A deadly attack in Afghanistan’s capital Kabul on Thursday was carried out by a single suicide bomber at a gate to the airport and there was no second explosion at a nearby hotel, the Pentagon said on Friday.

The Kabul airport attack, which killed 13 U.S. troops and at least 79 Afghans, was claimed by Islamic State militants. The Islamic State’s Afghan affiliate, ISIS-Khorosan, has emerged as an enemy of both the West and of the Taliban.

The attack marked the first U.S. military casualties in Afghanistan since February 2020 and represented the deadliest incident for American troops there in a decade.

U.S. General Frank McKenzie, the head of U.S. Central Command, had said on Thursday that initial information was that two suicide bombers had attacked the airport gate and the nearby Baron hotel.

“I can confirm for you that we do not believe that there was a second explosion at or near the Baron Hotel, that it was one suicide bomber,” Army Major General William Taylor told reporters on Friday. He said U.S. troops wounded in the attack were now being treated in Germany.

Taylor said about 300 U.S. citizens had been evacuated in the last 24 hours, bringing the total number of Americans evacuated to about 5,100.

Pentagon spokesman John Kirby told the reporters during the same briefing that the United States believed there are still “specific, credible” threats against the airport.

Thursday’s attack occurred during a U.S.-led evacuation of tens of thousands of people. The Taliban came to power nearly two weeks ago as foreign forces began withdrawing, ending a 20-year war.