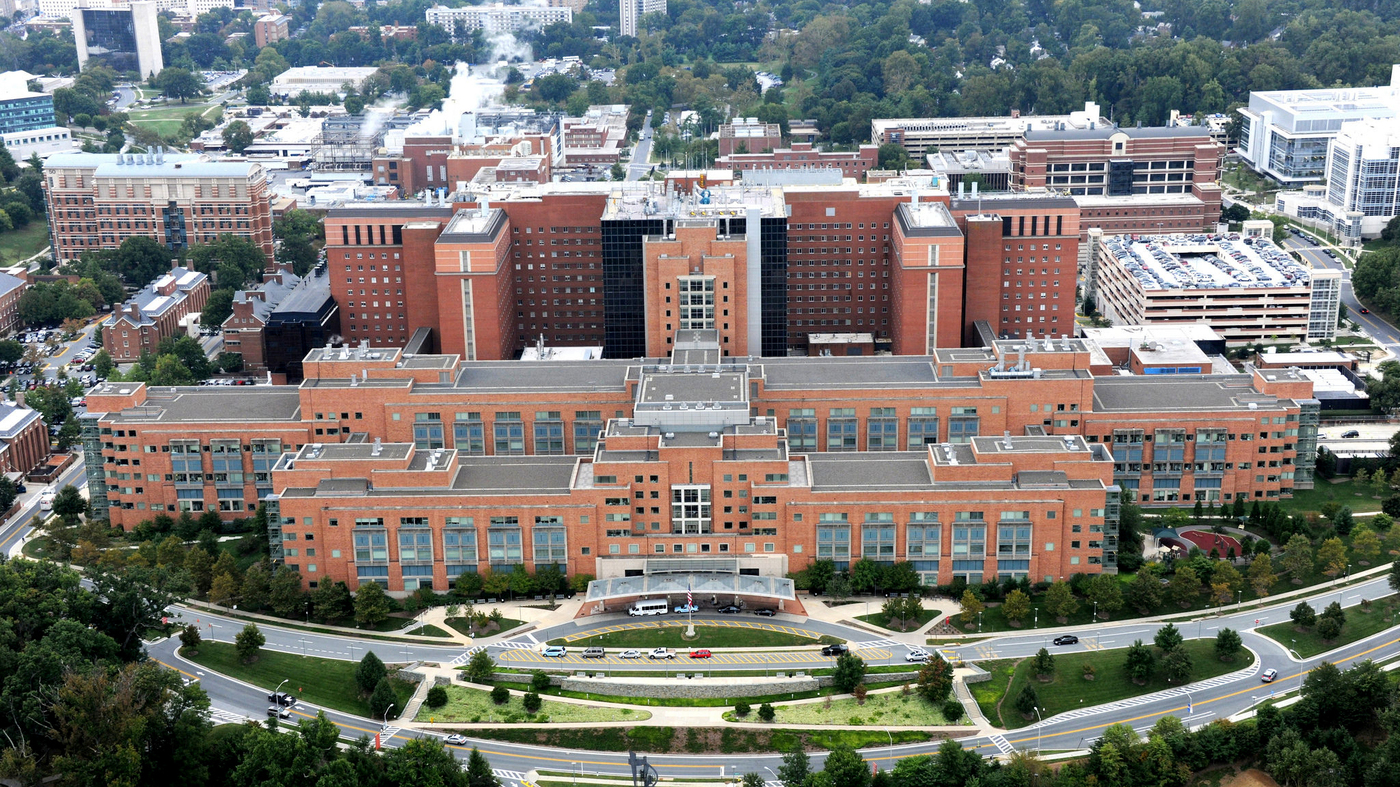 The funding is part of NIH’s Rapid Acceleration of Diagnostics (RADx) initiative that was launched in April to speed up innovation in the development, commercialization, and implementation of technologies for COVID-19 testing.

The funding will help significantly expand national testing in September, with the laboratories managing collection, analysis and reporting of tens of thousands of tests a day, the agency said in a statement.

In July, NIH made a similar contribution of $248.7 million to seven companies.

“Diagnostic testing is a critical component of the nation’s strategy to meet the challenge of the COVID-19 pandemic,” said NIH Director Francis Collins.

(Reporting by Vishwadha Chander in Bengaluru; Editing by Shinjini Ganguli) 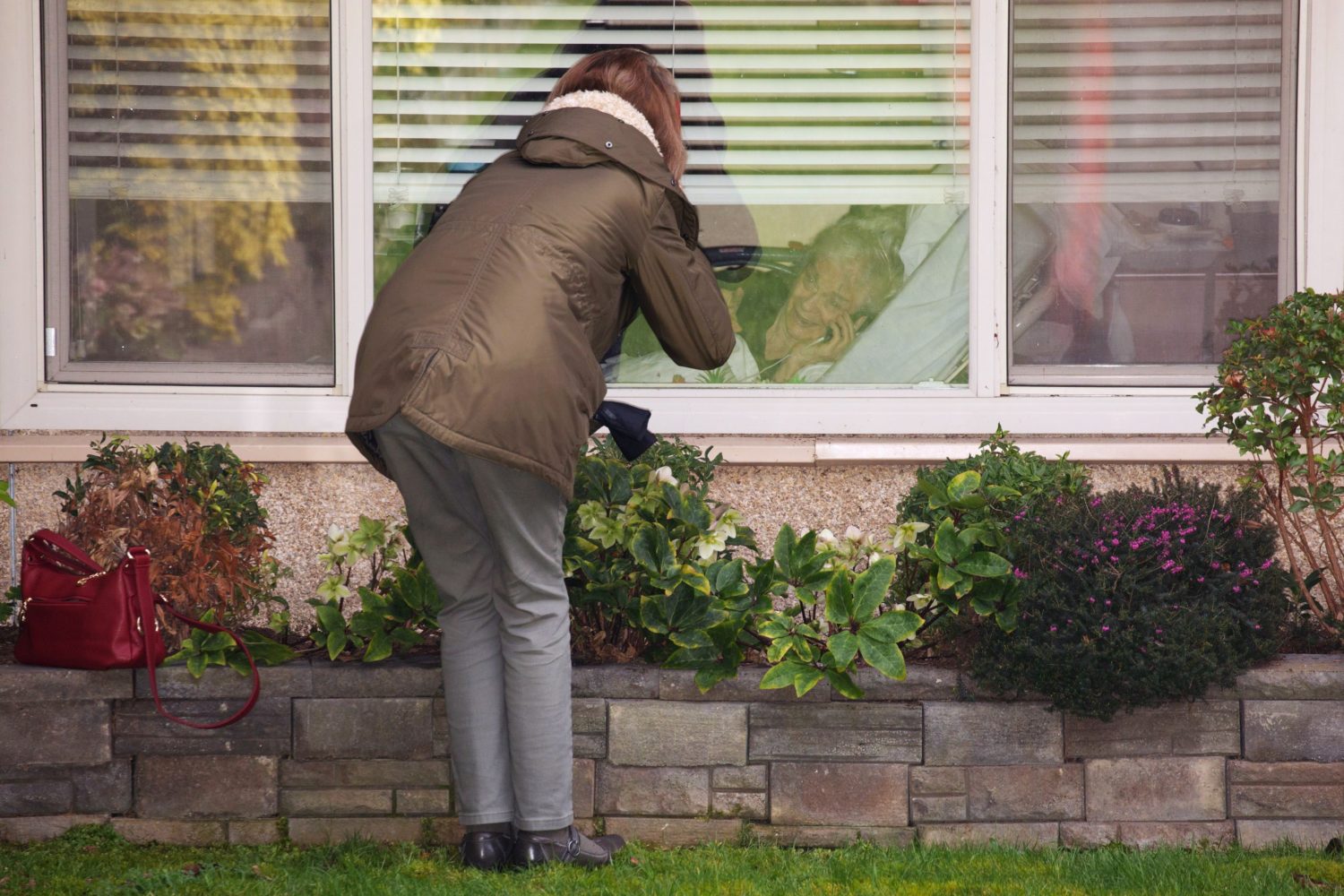 By Susan Cornwell and Nathan Layne

Anthony Fauci, the head of the infectious diseases unit at the National Institutes of Health, also said on NBC’s “Meet the Press” that after initial missteps distributing diagnostic tests, there should be 400,000 more kits available by Monday and 4 million by the end of the week.

The number of confirmed U.S. cases of coronavirus reached nearly 550 on Sunday, including 22 deaths, according to state public health authorities and a running national tally kept by the Johns Hopkins University center tracking the outbreak.

More than half of the 50 U.S. states have reported infections, including the first cases in Virginia, Connecticut and Iowa, as well as the U.S. island territory of Puerto Rico, documented on Sunday.

Warnings from Fauci and others about the need for greater “social distancing” – the practice of minimizing unnecessary contact in public settings – came amid the disclosure of a high-profile example of the risks now inherent in large gatherings.

U.S. Senator Ted Cruz said on Sunday he would self-quarantine after coming in contact at last month’s annual Conservative Political Action Conference with an attendee who had since tested positive for coronavirus.

The Texas Republican and 2016 presidential candidate said he had “briefly interacted” with the infected person at the CPAC meeting in Maryland 10 days ago, but was not experiencing any symptoms and felt “fine and healthy.”

The coronavirus originated in China last year and causes the sometimes deadly respiratory illness COVID-19. The outbreak has killed more than 3,600 globally. 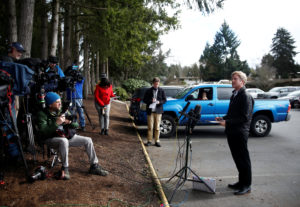 As the outbreak spreads, daily life has been increasingly disrupted, with concerts and conferences canceled and universities telling students to stay home and take classes online.

To contain the outbreak in China, the government quarantined millions of people for weeks. Italy has announced similar measures, locking down 16 million people in the north of the country.

As recently as Saturday, President Donald Trump said he would continue to hold political rallies, which sometimes draw up to 20,000 people. The Democrats competing to challenge him in the Nov. 3 presidential election, Senator Bernie Sanders and former Vice President Joe Biden, have not canceled any campaign events so far.

Germany, which has nearly 1,000 cases, on Sunday urged the cancellation of all events with more than 1,000 people.

Fauci said authorities in the United States may also need to consider steps to keep people out of crowded places if the virus continued to spread.

Still, he downplayed the likelihood of the type of large-scale mandatory quarantines imposed in China and Italy, while saying nothing could be ruled out.

“I don’t imagine that the degree of the draconian nature of what the Chinese did would ever be either feasible, applicable, doable or whatever you want to call it in the United States,” he said in an interview on CBS’ “60 Minutes.” “But the idea of social distancing, I mean, obviously, that’s something that will be seriously considered.”

He urged those most at risk to limit travel.

“Unfortunately, you are going to see more deaths, but that doesn’t mean that we should panic,” he said. Communities need to “prepare for more cases so we can prevent more deaths,” Adams said.

In financial markets, talk about recessions and bear markets was growing as investors try to assess how badly the outbreak will damage global growth. Many strategists have turned more pessimistic in recent days and are anticipating further market drops and a possible end to the longest economic expansion in U.S. history.

The hardest-hit place in the United States has been a nursing home in the Seattle suburb of Kirkland, and Washington state is considering mandatory measures such as banning large gatherings but not necessarily imposing massive quarantines, the governor said.

The Life Care Center nursing facility has accounted for 13 of the 18 confirmed coronavirus-related deaths in Washington state, which has reported a total of 136 cases overall to date, the most of any state.

In California, officials said on Sunday that the cruise ship Grand Princess, barred from returning to San Francisco last week due to a coronavirus outbreak on board, would send most of its 2,400 passengers to quarantine centers set up at four military bases across the country. Those requiring immediate medical attention will go to hospitals. The crew of 1,100 will be quarantined and treated aboard the ship, unless they are in need of acute care off the vessel.

The ship was ordered to remain at sea last week after a group of passengers and crew developed flu-like symptoms, and health officials learned that some passengers from an earlier cruise aboard the same vessel had later contracted coronavirus. One has died.

Twenty-one people aboard the Grand Princess tested positive for COVID-19 on Friday, and the ship has been redirected to a specially secured terminal across San Francisco Bay at the port of Oakland for a brief stop on Monday to let passengers off the ship.

As of Sunday, California’s tally of confirmed cases had risen to 114 statewide, including the two passengers aboard the Grand Princess who tested positive two days earlier, the state Public Health Department.

New York Governor Andrew Cuomo said the number of cases in New York was now 105 and he expects that to rise as testing expands.

“What we are really trying to do here is avoid the massive disruption of closing everything down for two weeks the way China did, the way Italy is doing,” he said.

Cuomo said a lawyer from Westchester County who is believed to be at the center of the outbreak there had attended a number of large gatherings, contributing to the roughly 70 people in Westchester who have tested positive.

“It’s these large gatherings where you can expose a number of people in a very short period of time and then it’s like dominoes, right, then the tree continues to expand with branches.”

In New York state, the Scarsdale public school district said it was closing all its campuses for more than a week starting on Monday after a middle-school teacher tested positive.

Columbia University in New York City said it was suspending classes on Monday and Tuesday because someone on the campus was under quarantine from exposure to the virus.