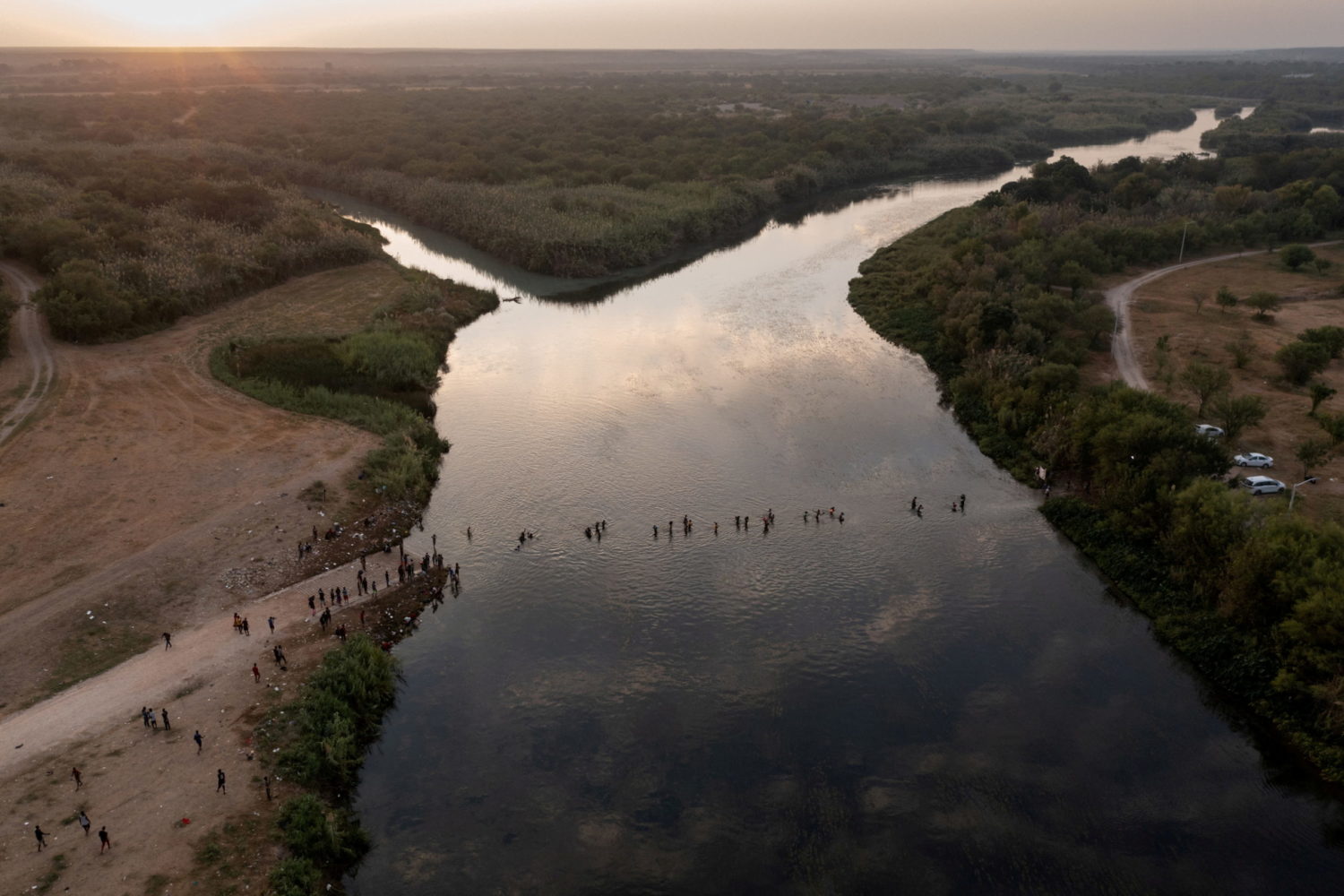 (Reuters) – U.S. authorities arrested 1.7 million migrants at the U.S.-Mexico border this fiscal year, the most ever recorded, according to a U.S. government source familiar with the numbers, underscoring the stark political and humanitarian challenges the Biden administration faces on immigration.

The current numbers for the 2021 fiscal year, which began last October, topped a previous high in 2000. The numbers were first reported by the Washington Post.

President Joe Biden, a Democrat who took office in January, reversed many of the hardline immigration policies of his Republican predecessor, President Donald Trump, promising a more “humane” approach to immigration policy.

Biden’s nominee to head U.S. Customs and Border Protection, Tucson, Arizona, Police Chief Chris Magnus, faced questions on Tuesday from Republican lawmakers who referred to the situation at the border as chaos and a crisis.

Adding to concerns was an influx of thousands of mostly Haitian migrants last month who crossed the Rio Grande river from Mexico and set up a makeshift camp under an international bridge in Del Rio, Texas.

On the other side of the aisle, Democrats and immigration advocates have slammed Biden for his swift expulsions of many of those migrants back to Haiti, a country that has been devastated by violence, political crises and natural disasters. The administration also launched an investigation into the tactics of border patrol agents on horseback photographed and filmed in Del Rio trying to push back Haitian migrants along the river bank.

Many of the Haitians were returned under one sweeping Trump policy that Biden has kept in place. Known as Title 42, it was implemented in March 2020 at the beginning of the COVID-19 pandemic in an effort to curb infections and allows most migrants to be quickly expelled without a chance to seek asylum.

Many of the arrests this fiscal year were repeat crossings, with some people expelled to Mexico turning around and trying again.

A federal court has also ordered the Biden administration to reinstate another Trump-era policy known as the Migrant Protection Protocols, which forced thousands of asylum seekers to wait in Mexico for U.S. immigration court hearings. The administration said it is taking steps to restart the program in November, pending agreement from Mexico. 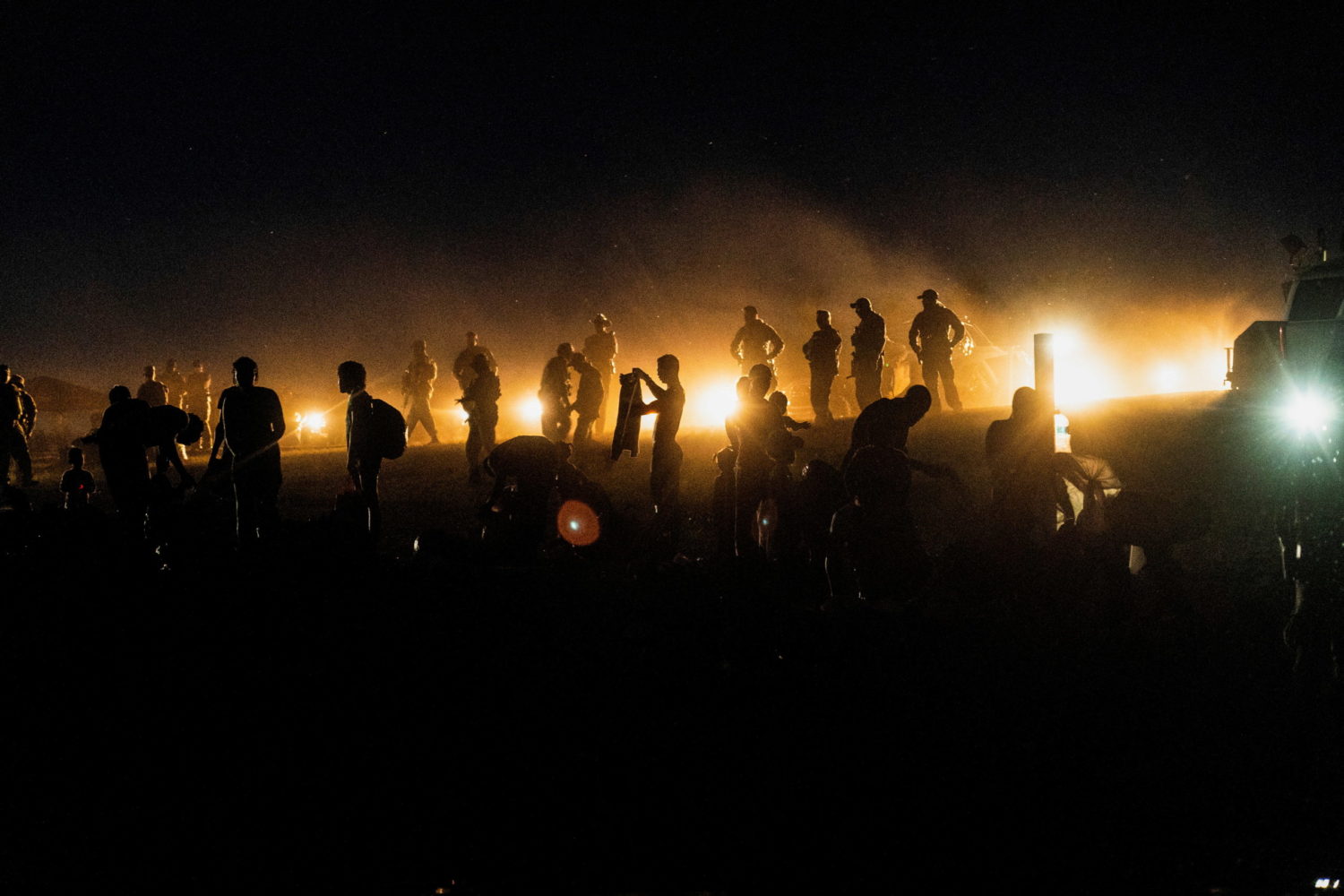 By Gabriel Stargardter and Lisandra Paraguassu

RIO DE JANEIRO (Reuters) -The International Organization for Migration (IOM) has formally asked Brazil whether it would receive some Haitians camped along the U.S.-Mexico border hoping to enter the United States, according to two sources with knowledge of the request.

The petition from the IOM, a United Nations agency, comes as U.S. President Joe Biden faces mounting pressure to resolve yet another migration crisis. A massive flow of migrants has arrived at the U.S. southern border, sparking political headaches and logistical obstacles for the United States and Mexico.

Up to 14,000 mostly Haitians were camped just north of the Rio Grande river this month as they attempted to enter the United States. Washington has begun flying some back to Haiti, while Mexico has urged others to give up their U.S. dreams and seek asylum in the south of the country.

The IOM asked that Brazil receive Haitians who have a Brazilian child, or who have passed through Brazil before entering Mexico on their journey north, the two sources said. They said the first request was more likely to be approved. One of the sources said the second one would require more analysis.

Without mentioning the IOM request, Brazil’s foreign ministry said in a statement that “the topic was discussed in conversations between authorities from different countries and is being analyzed in light of current legislation.”

The IOM, via its Mexico office, said it has “a voluntary return program, assisting migrants of various nationalities, and the implementation of this program requires an agreement among the countries involved.” It gave no further details.