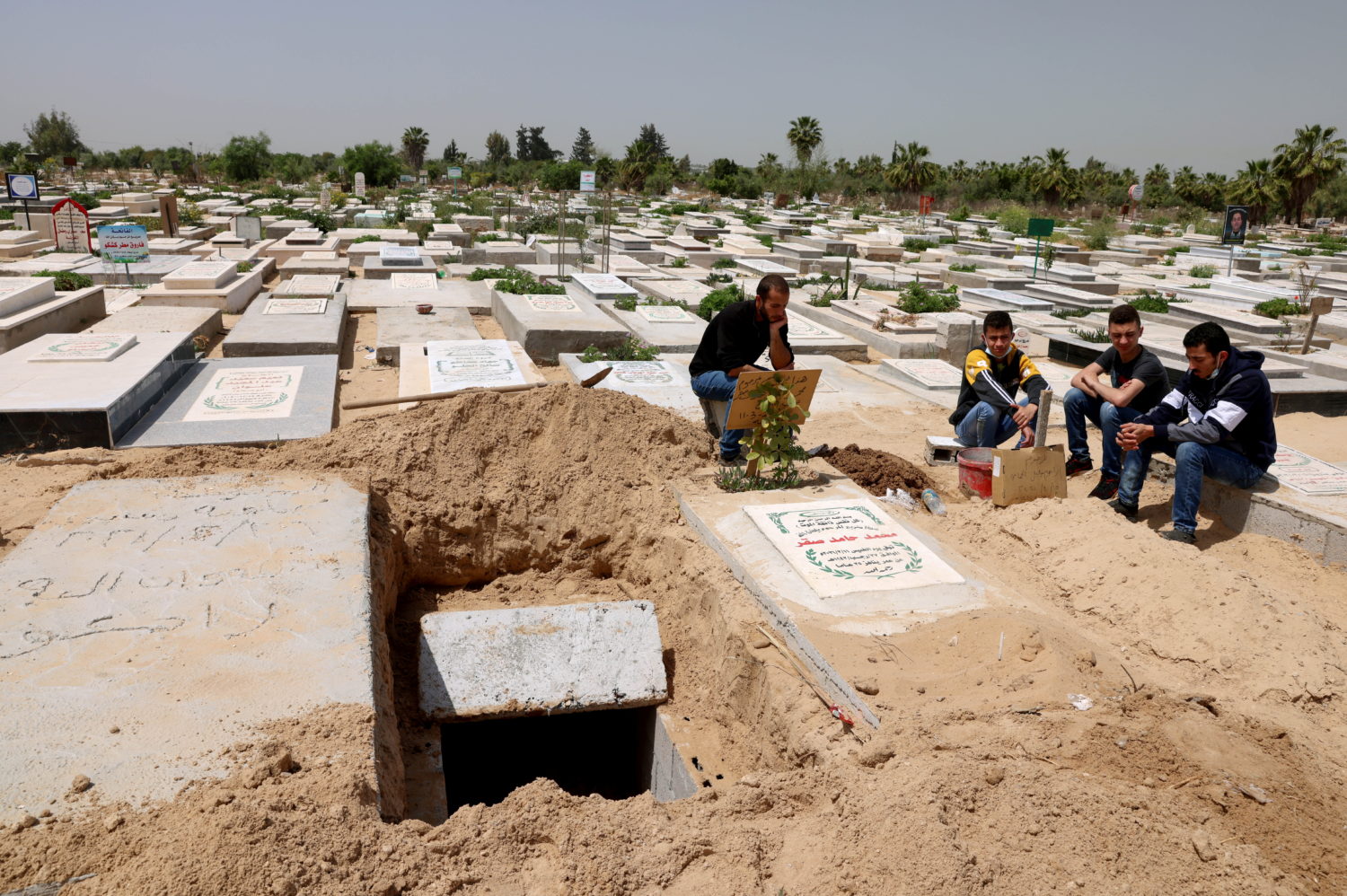 By Rami Ayyub and Mohammed Salem

GAZA/JERUSALEM (Reuters) – The sick and dying are rapidly pushing Gaza’s hospitals close to capacity amid a surge in COVID-19 cases in the impoverished Palestinian territory, health officials said.

Palestinians fear a combination of poverty, medical shortages, vaccine skepticism, poor COVID-19 data and mass gatherings during Ramadan could accelerate the increase, which began before the start of the Muslim holy month on April 13.

Gaza health officials said around 70% of intensive care unit beds were occupied, up from 37% at the end of March. There were 86 deaths over the past six days, an increase of 43% over the week before.

“The hospitals are almost at full capacity. They’re not quite there yet, but severe and critical cases have increased significantly in the last three weeks, which is a concern,” said Dr Ayadil Saparbekov, head of the World Health Organization’s Health Emergencies Team in the Palestinian Territories.

Gaza’s daily positivity rate reached as high as 43% this week, although Saparbekov said that number could be inflated because a shortage of tests meant they were mostly given to people already showing symptoms.

Saparbekov also said Gaza does not have the capacity to identify highly infectious COVID-19 variants when testing, meaning there is little data on them.

Graveyards are also feeling the strain. In Gaza City, gravedigger Mohammad al-Haresh told Reuters he had been burying up to 10 COVID-19 victims per day, up from one or two a month ago.

“Wartime was difficult, but the coronavirus has been much harder for us,” said Haresh, who dug graves throughout the 2014 Israel-Gaza war.

“In war, we would dig graves or bury the dead during a truce or ceasefire. With the coronavirus, there is no truce.”

Densely populated and home to 2 million Palestinians, Gaza has for years had limited access to the outside world because of a blockade led by Israel and supported by Egypt.

Both countries cite security concerns over Hamas, the Islamist militant group that controls the Gaza Strip, saying they want to stop money and weapons entering.

Palestinians say the blockade amounts to collective punishment and that it has crippled Gaza’s economy and medical infrastructure, with shortages of critical supplies and equipment hampering their ability to tackle the pandemic.

The situation in Gaza is a stark contrast to Israel, where a world-beating vaccination rollout has led to more than 53% of Israelis being fully vaccinated.

Amid growing concern, Hamas will on Thursday begin a week of nightly curfews, shutting down mosques that host hundreds of worshippers for Ramadan evening prayers.

But with around 49% of Gazans unemployed and parliamentary elections slated for May 22, Hamas has held back from more drastic measures that could further damage the economy.

“We may impose additional measures, but we do not expect at this phase to go into a full lockdown,” Hamas spokesman Eyad Al-Bozom said.

Health officials say the factors that led to the current spike include the flouting of guidelines for mask-wearing and social distancing and the opening in February of Gaza’s border with Egypt, which may have allowed in new variants.

Suspicion of vaccines also runs deep. A majority of Gazans – 54.2% – said they would not take the vaccine, against 30.5% who said they would and 15.3% who were undecided, according to an April 21 survey by the Jerusalem Media and Communications Center.

Just 34,287 people have been vaccinated, even though the enclave has received 109,600 doses since February donated by Russia, the United Arab Emirates and the global COVAX program.

“(The) reluctance of many, including medical staff, to be vaccinated remains a key concern,” the United Nations Office for the Coordination of Humanitarian Affairs said in an April 12 report.

One Palestinian eligible for Gaza’s initial round of vaccines, Qasem Abdul Ghafoor, said he decided to get the jab to protect himself and his family.

“The situation here is horrific. We took it lightly before, but I assure you, it should not be taken lightly,” he said.

(Additional reporting by Ali Sawafta in Ramallah and Nidal al-Mughrabi in Gaza; Editing by Stephen Farrell and Mike Collett-White)