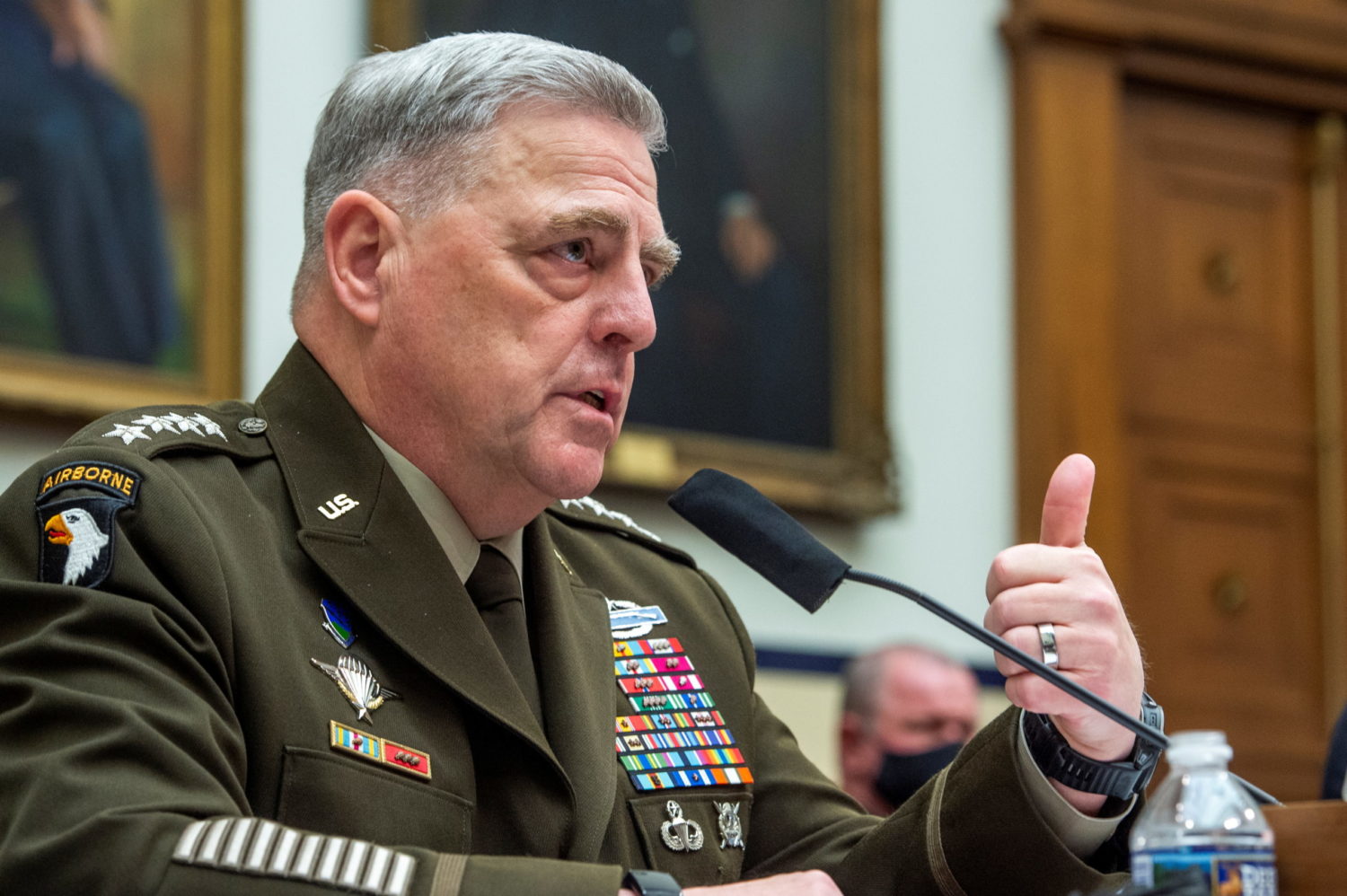 The Pentagon has been at pains to avoid direct confirmation of the Chinese test this summer, first reported by the Financial Times, even as President Joe Biden and other officials have expressed general concerns about Chinese hypersonic weapons development.

But Milley explicitly confirmed a test and said that it was “very close” to a Sputnik moment — referring Russia’s 1957 launch of the first man-made satellite, which put Moscow ahead in the Cold War-era space race.

“What we saw was a very significant event of a test of a hypersonic weapon system. And it is very concerning,” Milley, chairman of the Joint Chiefs of Staff, told Bloomberg television, in an interview aired on Wednesday.

Nuclear arms experts say China’s weapons test appeared to be designed to evade U.S. defenses in two ways. First, hypersonics move at speeds of more than five times the speed of sound, or about 6,200 kph (3,853 mph), making them harder to detect and intercept.

Last month, Air Force Secretary Frank Kendall alluded to his concerns about such a system, telling reporters about a weapon that would go into an orbit and then descend on a target.

“If you use that kind of an approach, you don’t have to use a traditional ICBM trajectory — which is directly from the point of launch to the point of impact,” he said.

“It’s a way to avoid defenses and missile warning systems.”

Fractional Orbital Bombardment would also be a way for China to avoid U.S. missile defenses in Alaska, which are designed to combat a limited number of weapons from a country like North Korea.

Jeffrey Lewis at the Middlebury Institute of International Studies summed up fractional orbital bombardment this way: “The simplest way to think about China’s orbital bombardment system is to imagine a space shuttle, put a nuclear weapon into the cargo bay, and forget about the landing gear.”

Lewis said the difference is that the Chinese re-entry system is a glider.

China’s foreign ministry denied a weapons test. It said it had carried out a routine test in July, but added: “It was not a missile, it was a space vehicle.”

U.S. defenses are not capable of combating a large-scale attack from China or Russia, which could overwhelm the system. But the open U.S. pursuit of more and more advanced missile defenses has led Moscow and Beijing to examine ways to defeat them, experts say, including hypersonics and, apparently, fractional orbital bombardment.

The United States and Russia have both tested hypersonic weapons.