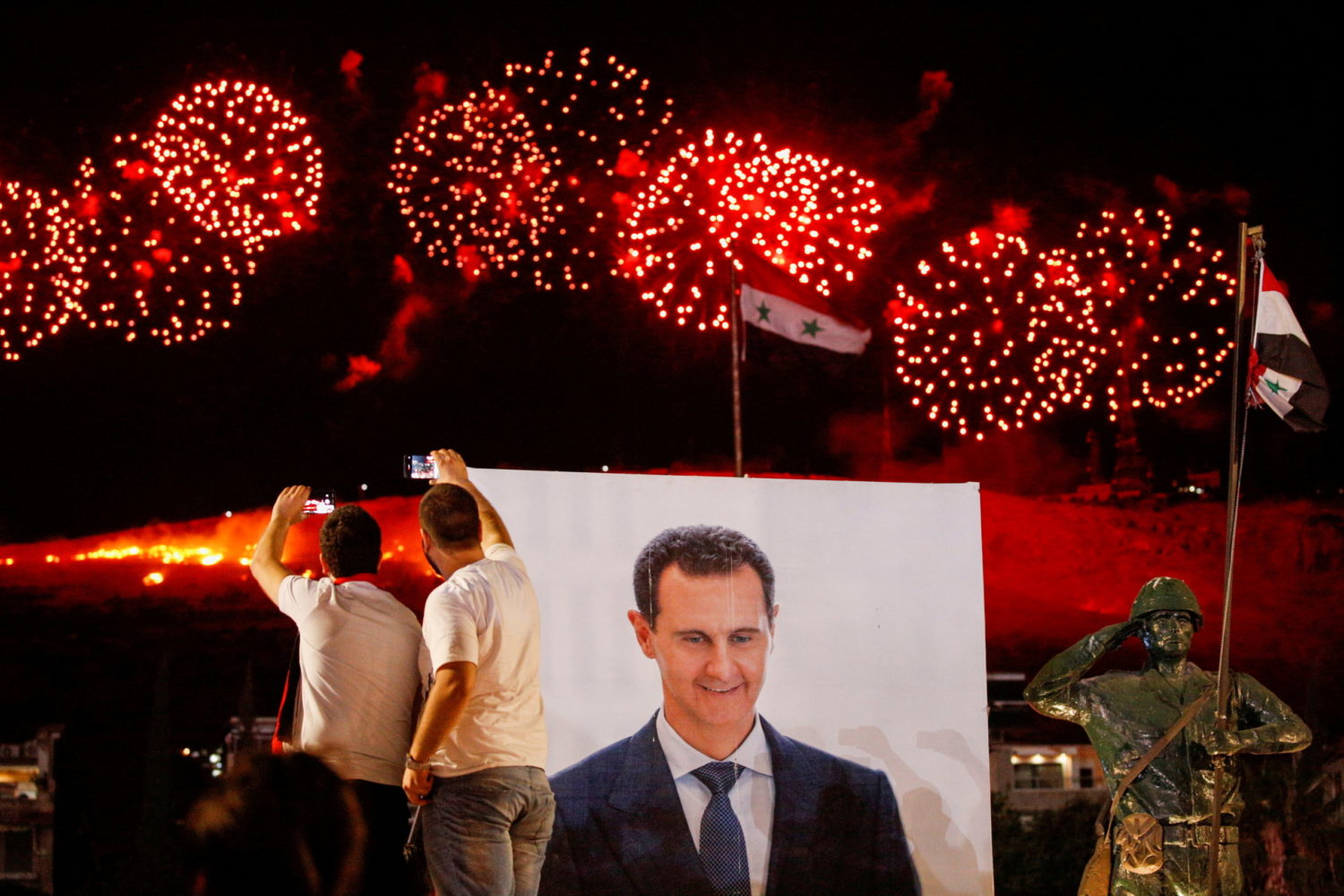 BEIRUT (Reuters) -Syrian President Bashar al-Assad said on Friday that those who voted in Wednesday’s presidential election have brought back the true meaning of revolution after it was tarnished by “mercenaries”.

“You have saved its reputation and relaunched it,” Assad said in a televised speech one day after he was announced as the winner with 95% of the vote.

The government sees the election, dismissed by the opposition and the West as a farce, as a statement that Syria is functioning normally despite a decade-old civil war, which has killed hundreds of thousands of people and driven 11 million people – about half the population – from their homes.

The win delivers Assad, 55, seven more years in power and lengthens his family’s rule to nearly six decades. His father, Hafez al-Assad, led Syria for 30 years until his death in 2000.

“You have redefined nationalism and that also means automatically redefining treason,” Assad said.

Assad’s years as president have been defined by the war that began in 2011 with peaceful protests before spiraling into a multi-sided conflict that has fractured the Middle Eastern country and drawn in foreign friends and enemies.

With the help of Russia and Iran, Assad has crushed the insurgency against him and regained control over 70% of territory but Syria is not at peace.

Turkey controls territory in the northwest where many of the four million people who fled Assad’s bombing see Ankara as their protector. The United States also has a small military presence in the northeast that underpins Kurdish forces in a region where major oilfields are located and much of the country’s wheat is grown.

The foreign ministers of France, Germany, Italy, Britain and the United States criticized Assad ahead of the election saying the vote would not be free or fair. Turkey, an Assad adversary, has also said the election was illegitimate.

Assad on Thursday dismissed the criticism, saying that his enemies had “blindness of reason.”