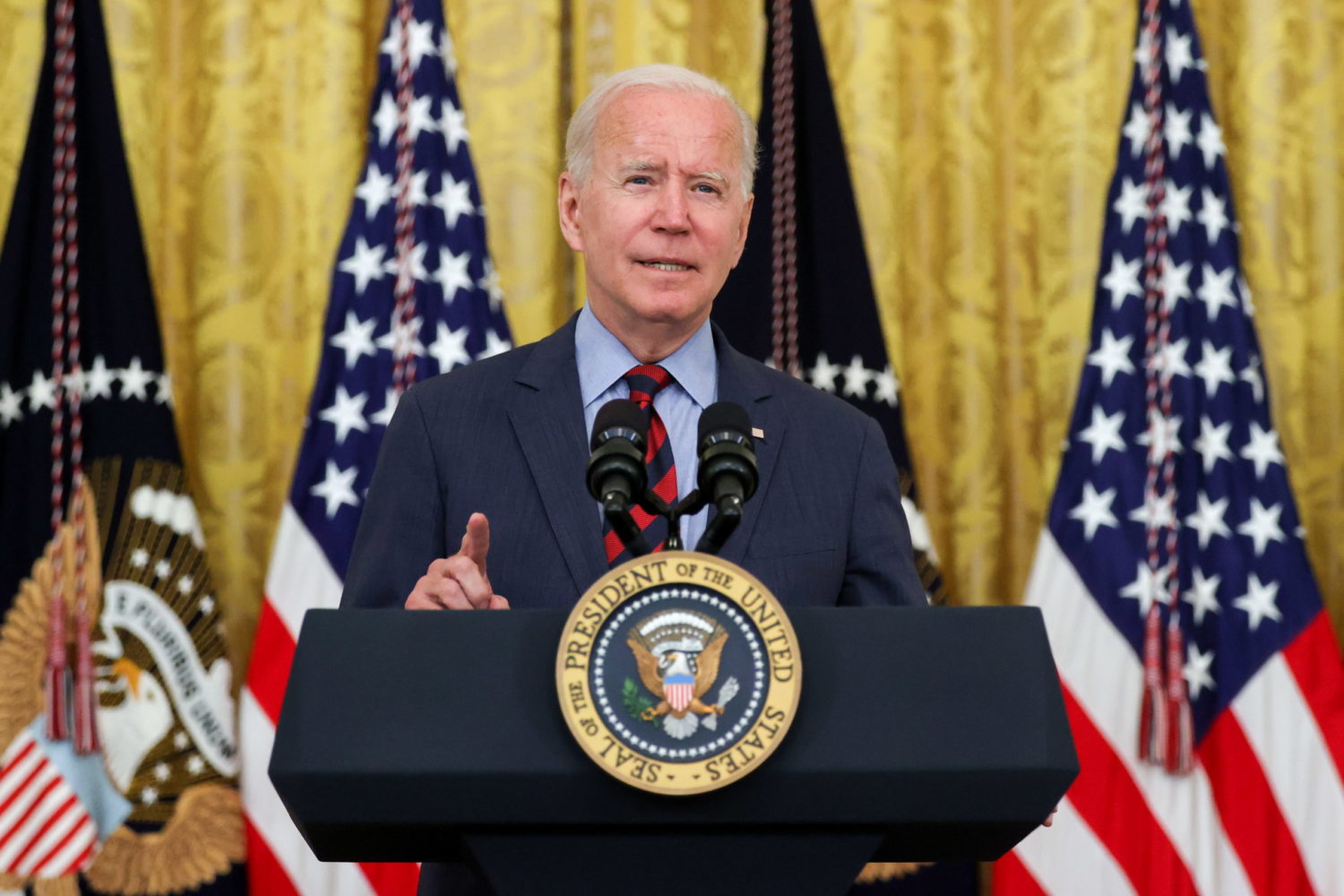 WASHINGTON (Reuters) -President Joe Biden on Thursday offered temporary “safe haven” to Hong Kong residents in the United States, allowing potentially thousands of people to extend their stay in the country in response to Beijing’s crackdown on democracy in the Chinese territory.

In a signed memo, Biden directed the Department of Homeland Security to implement a “deferral of removal” for up to 18 months for Hong Kong residents currently in the United States, citing “compelling foreign policy reasons”.

“Over the last year, the PRC has continued its assault on Hong Kong’s autonomy, undermining its remaining democratic processes and institutions, imposing limits on academic freedom, and cracking down on freedom of the press,” Biden said in the memo, using the acronym for the People’s Republic of China.

“Offering safe haven for Hong Kong residents who have been deprived of their guaranteed freedoms in Hong Kong furthers United States interests in the region. The United States will not waver in our support of people in Hong Kong,” Biden said.

The vast majority of Hong Kong residents currently in the United States are expected to be eligible for the program, according to a senior administration official, but some legal conditions apply, such as individuals not having been convicted of felonies.

The White House said in a statement that the move made clear the United States “will not stand idly by as the PRC breaks its promises to Hong Kong and to the international community.”

Those eligible may also seek employment authorization in the United States, Secretary of Homeland Security Alejandro Mayorkas said in a statement.

The measure is the latest in a series of actions Biden has taken to address what his administration says is the erosion of rule of law in the former British colony, which returned to Beijing’s control in 1997.

The U.S. government in July applied more sanctions on Chinese officials in Hong Kong, and issued an updated business advisory warning companies of risks of operating under the national security law, which China implemented last year to criminalize what it considers subversion, secessionism, terrorism or collusion with foreign forces.

Critics say the law facilitates a crackdown on pro-democracy activists and a free press in the territory, which Beijing had agreed to allow to operate under considerable political autonomy for 50 years after it regained control.

China retaliated against the U.S. actions last month with its own sanctions on American individuals, including former U.S. commerce secretary Wilbur Ross.

U.S. lawmakers have sought legislation that would make it easier for people from Hong Kong fearing persecution after joining protests against China to obtain U.S. refugee status, and Secretary of State Antony Blinken has said the United States should accept people fleeing the Hong Kong crackdown.