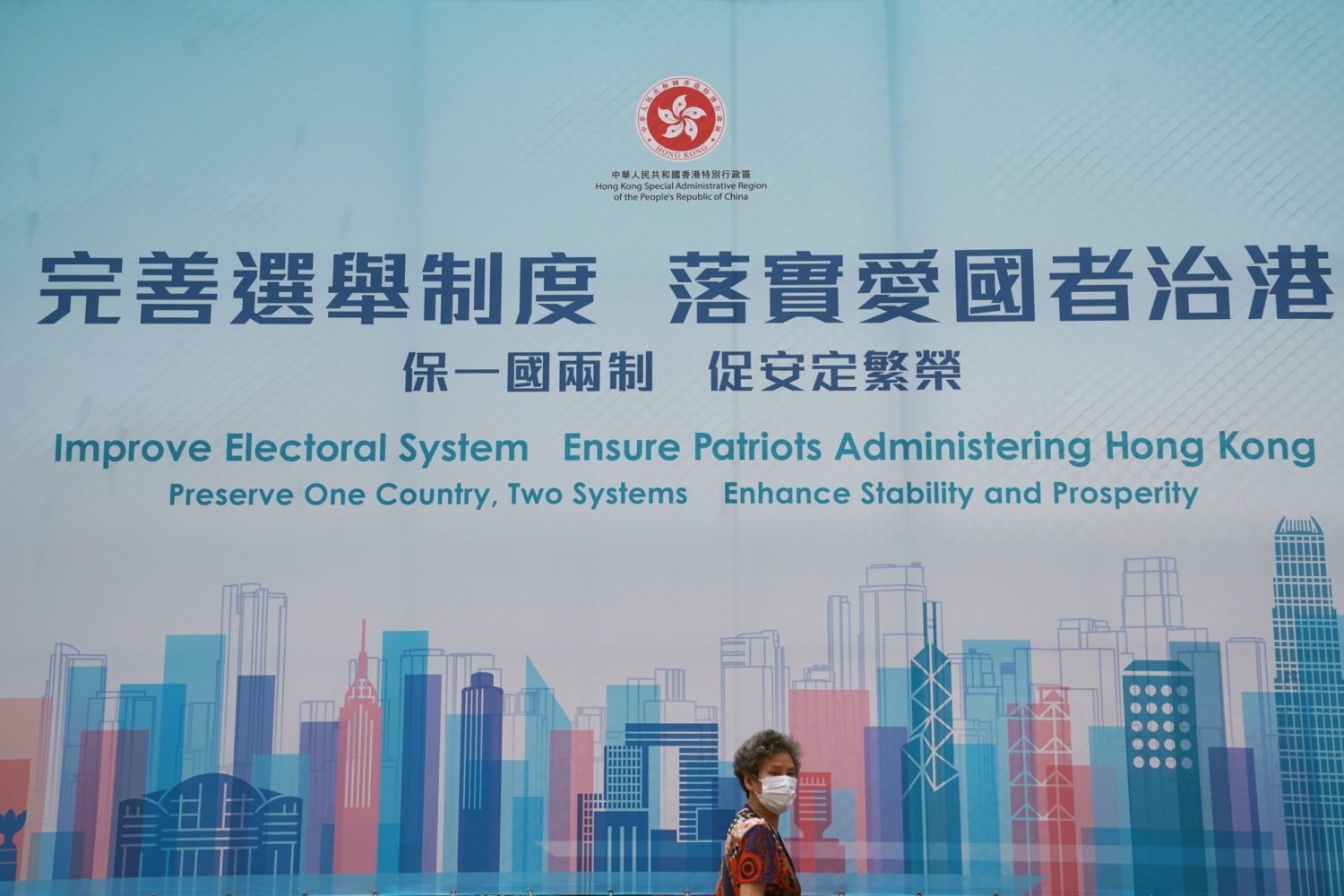 The measures are part of Beijing’s efforts to consolidate its increasingly authoritarian grip over its freest city following the imposition of a national security law in June, which critics see as a tool to crush dissent.

The changes would see the number of directly elected representatives fall and the number of Beijing-approved officials rise in an expanded legislature, Xinhua news agency reported.

As part of the shake-up, a powerful new vetting committee will monitor candidates for public office and work with national security authorities to ensure they are loyal to Beijing.

Maria Tam, a senior Hong Kong politician who works with China’s parliament on matters relating to Hong Kong’s mini-constitution told Reuters the Committee for Safeguarding National Security would help the new vetting committee to “understand the background of all of the candidates, specifically whether they had complied with the national security law.”

Beijing imposed the contentious security legislation on Hong Kong in June, punishing what it broadly defines as subversion, secession, collusion with foreign forces and terrorism with up to life in jail.

Chinese authorities have said the electoral shake-up is aimed at getting rid of “loopholes and deficiencies” that threatened national security during anti-government unrest in 2019 and to ensure only “patriots” run the city.

The measures are the most significant overhaul of Hong Kong’s political structure since it returned to Chinese rule in 1997 and alter the size and composition of the legislature and electoral committee in favor of pro-Beijing figures.

“I firmly believe that by improving the electoral system and implementing ‘patriots administering Hong Kong’, the excessive politicization in society and the internal rift that has torn Hong Kong apart can be effectively mitigated,” Lam said.

Speaking at a press conference later, Lam said the changes would be submitted to the Legislative Council by mid-April and expected to see them passed by the end of May.

Legislative Council elections, which were postponed in September with the government citing coronavirus, would be held in December, she added, while the city’s leadership election would be held in March, as planned.

The number of directly elected representatives will drop to 20 from 35 and the size of the legislature increase to 90 seats from 70 currently, Xinhua said, while an election committee responsible for selecting the chief executive will increase from 1,200 members to 1,500.

The representation of 117 community-level district councilors in the election committee would be scrapped and the six district council seats in the Legislative Council will also go, according to Xinhua.

District councils are the city’s only fully democratic institution, and almost 90% of the 452 district seats are controlled by the democratic camp after a 2019 vote. They mostly deal with grassroots issues such as public transport links and garbage collection.

The electoral restructuring was endorsed unopposed by the National People’s Congress Standing Committee, at the apex of China’s legislature, Xinhua reported.

Beijing had promised universal suffrage as an ultimate goal for Hong Kong in its mini-constitution, the Basic Law, which also guarantees the city wide-ranging autonomy not seen in mainland China, including freedom of speech.

Critics say the changes move Hong Kong in the opposite direction, leaving the democratic opposition with the most limited space it has ever had since the handover, if any at all.

Since the security law was imposed, most pro-democracy activists and politicians have found themselves ensnared by it, or arrested for other reasons.

Some elected legislators have been disqualified, with authorities calling their oaths insincere, while scores of democracy activists have been driven into exile.

All legislature candidates, including direct elected seats, will also need nominations from each of the five subsectors in the election committee, according to Xinhua, making it more difficult for pro-democracy candidates to take part in the election.

“They want to increase the safety factor so that in the future, the democrats will not only get very limited seats, if they are not liked by Beijing, they won’t even be able to run in the election,” said Ivan Choy, a senior lecturer at Chinese University of Hong Kong’s department of government and public administration.

He expects the democratic candidates to get at most one-sixth, or around 16 seats, in LegCo after the reforms.