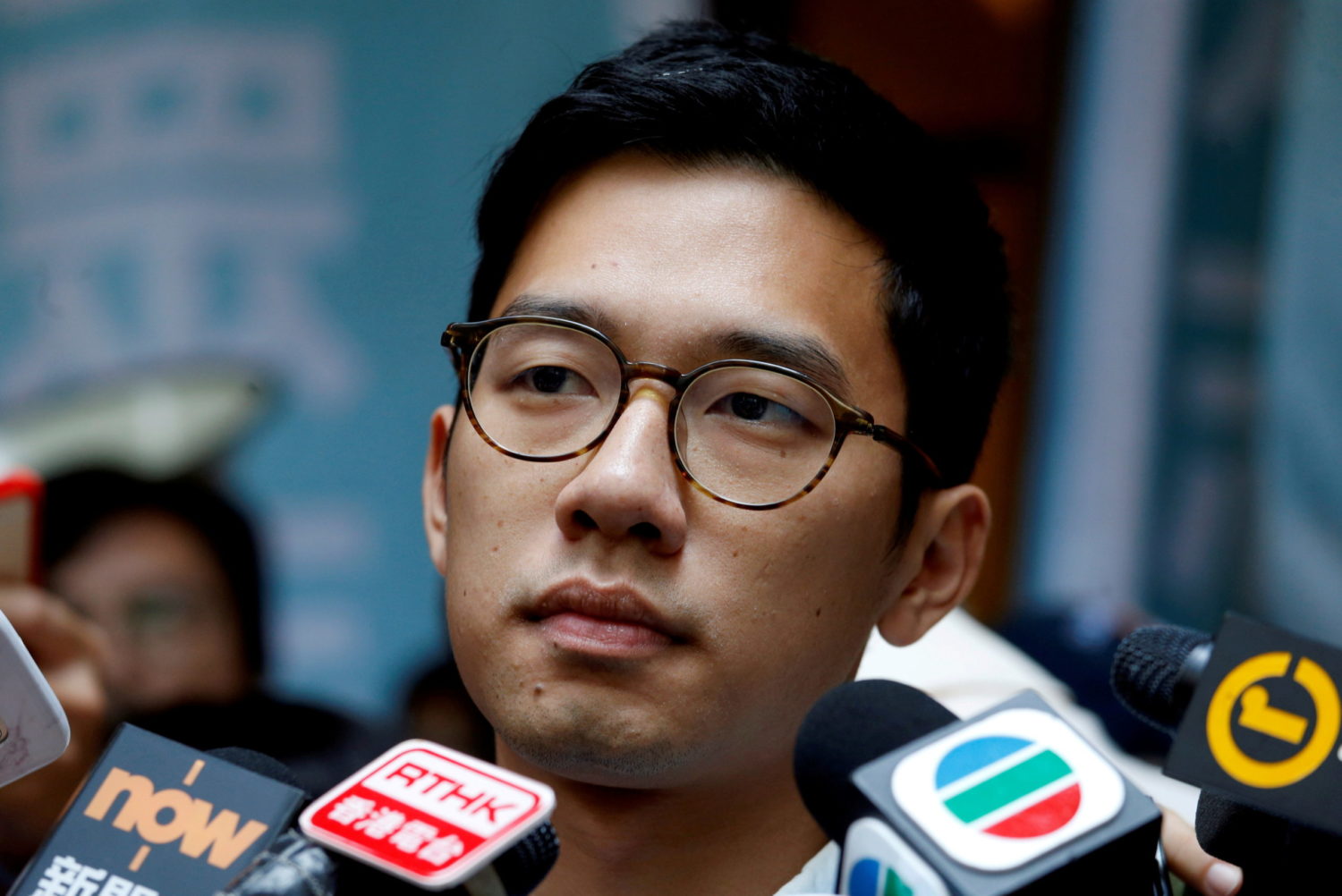 LONDON (Reuters) – Hong Kong democracy activist Nathan Law called on voters in his home city to ignore a legislative election this month, the first under sweeping new rules imposed by Beijing, saying they should not lend the vote any legitimacy.

China announced in March broad changes to the former British colony’s electoral system, reducing the number of directly elected representatives and increasing the number of Beijing-approved officials in an expanded legislature.

Candidates in the election, scheduled for Dec. 19 after being postponed for more than a year due to the coronavirus, are also vetted for their patriotism.

“Just ignore them,” Law said in an interview from London at  the  Reuters Next conference. “We should not give any legitimacy to the election, we should not pretend we have an election – it is just a selection by Beijing.”

A spokesman for the Chinese embassy did not immediately respond to a request for comment on Law’s remarks. Hong Kong’s chief executive Carrie Lam said in September that the aim of changes to the electoral system is to ensure “patriots administer Hong Kong.”

China has said Law is a “criminal suspect wanted by the Hong Kong police” for national security offences.

In the interview, Law, who fled Hong Kong in 2020 and was granted asylum by the United Kingdom, cast Chinese President Xi Jinping as an “emperor” who tolerated no dissent.

The system of democracy in Hong Kong, he said, was dead but its spirit lived on in the hearts of the people.