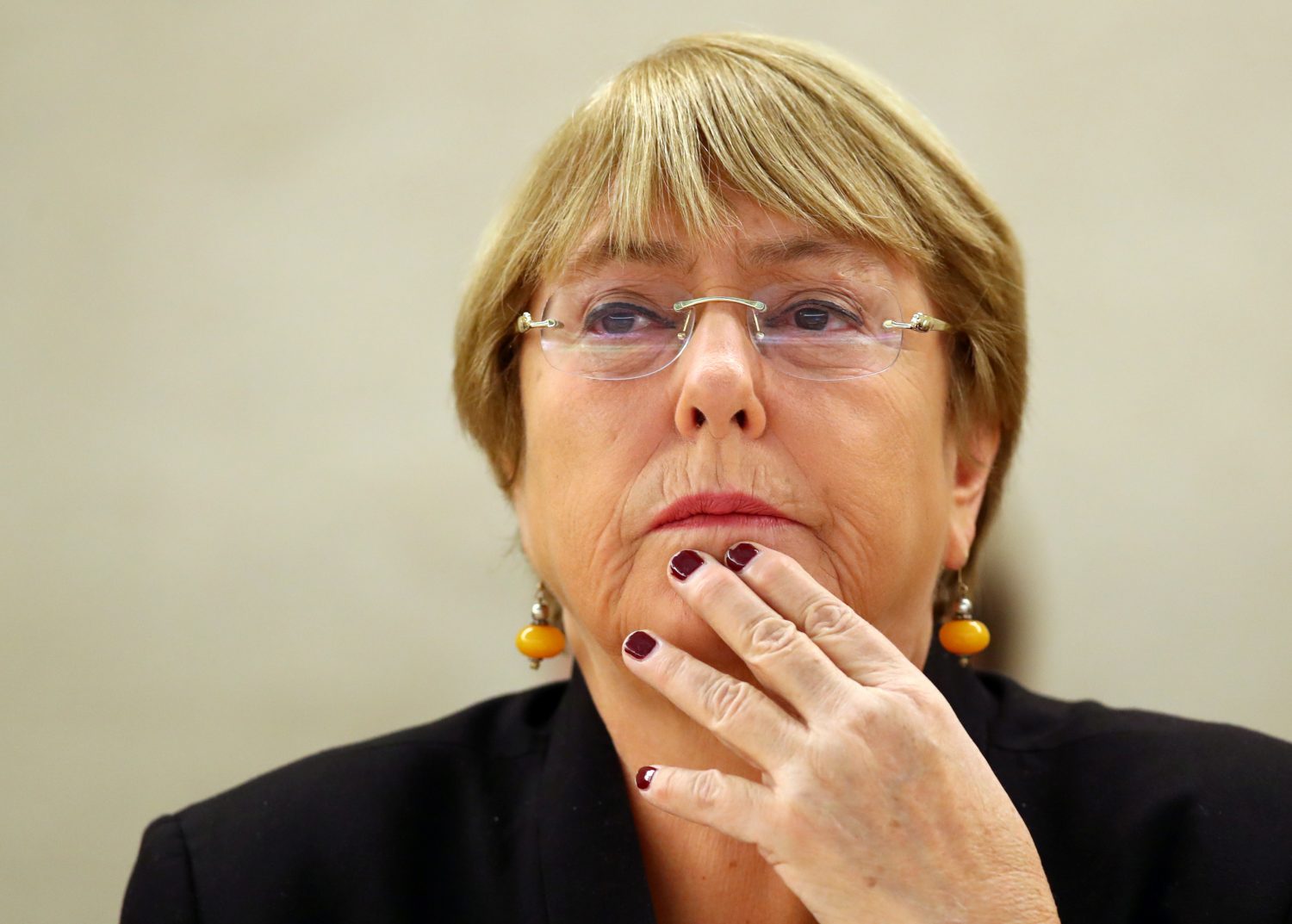 GENEVA (Reuters) – The United Nations human rights chief said on Monday that extrajudicial killings appeared to be continuing in Venezuela and the Special Action Forces (FAES) presumed to be responsible had received support from the highest levels of government.

Michelle Bachelet told the U.N. Human Rights Council that alongside possible executions, her office had documented cases of torture of soldiers and others arbitrarily held and urged the government of President Nicolas Maduro to punish perpetrators.

The government called her earlier report a “selective and openly partial vision” that ignored official information and relied on biased witnesses.

She has also expressed concern about U.S. sanctions aimed at pressuring Maduro to step down; on Monday she said they were among factors fuelling a mass exodus from the country, which is reeling from hyperinflation and a collapsing economy.

Bachelet said even though the sanctions envisaged exceptions for humanitarian assistance, over-caution by the financial sector, lower public revenues and a decrease in oil production were having a serious impact.

“All of this is contributing to the worsening of the humanitarian situation and the exodus of Venezuelans from the country,” noting that 4.3 million refugees and migrants had already fled the turmoil, most since the end of 2015.

Washington has urged the European Union to join the sanctions, arguing that they would help advance negotiations on a handover of power to opposition leader Juan Guaido, who assumed a rival interim presidency in January.

Guaido, who said Maduro’s 2018 re-election was illegitimate, has the support of most Western nations as well as Washington. Maduro calls him a U.S. puppet.

Bachelet called for more details from Venezuela’s Public Ministry on what she said it had told her were the convictions of 104 members of the security forces for human rights violations between August 2017 and May 2019.

Despite her recommendations to dissolve the FAES and prevent extrajudicial executions, this was not being done, she said: “On the contrary, the FAES have received support from the highest level of Government.”.

Some Latin American countries and activists are urging the Geneva forum, whose 47 members include Venezuela, to establish a U.N. Commission of Inquiry on Venezuela at the three-week session.

Bachelet, who visited Venezuela in June, said 83 opposition members were freed around that time, but the cases of 27 other detainees were still pending and Judge Lourdes Afiuni and journalist Braulio Jatar, conditionally released in early July, had not yet received unconditional freedom. 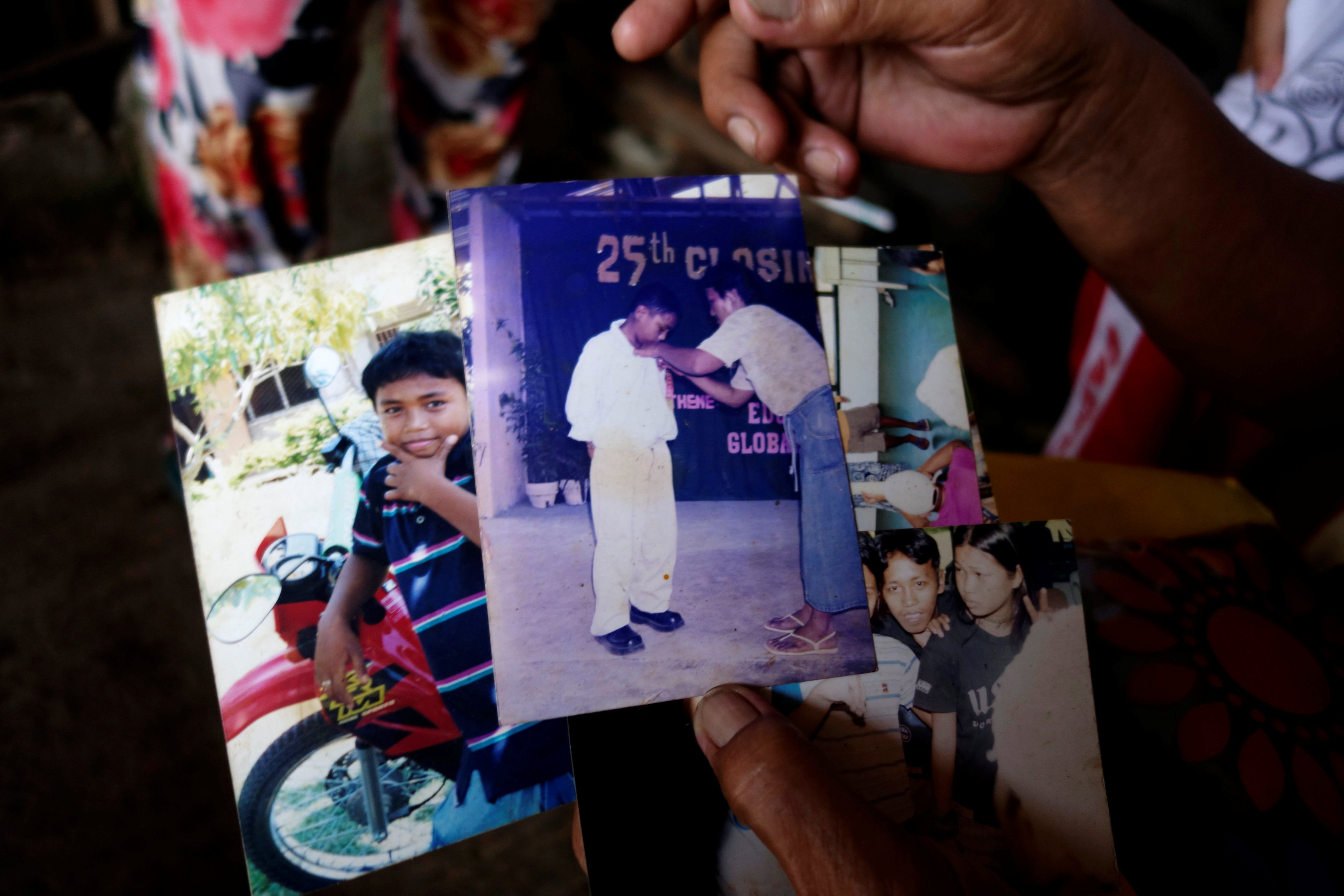 DAVAO, Philippines (Reuters) – On May 14, five days after voters in the Philippines chose Davao City Mayor Rodrigo Duterte as their next president, two masked gunmen cruised this southern city’s suburbs on a motorbike, looking for their kill.

Gil Gabrillo, 47, a drug user, was returning from a cockfight when the gunmen approached. One of them pumped four bullets into Gabrillo’s head and body, killing the small-time trader of goods instantly. Then the motorbike roared off.

The murder made no headlines in Davao, where Duterte’s loud approval for hundreds of execution-style killings of drug users and criminals over nearly two decades helped propel him to the highest office of a crime-weary land.

Human rights groups have documented at least 1,400 killings in Davao that they allege had been carried out by death squads since 1998. Most of those murdered were drug users, petty criminals and street children.

In a 2009 report, Human Rights Watch identified a consistent failure by police to seriously investigate targeted killings. It said acting and retired police officers worked as “handlers” for death-squad gunmen, giving them names and photos of targets – an allegation denied by Davao police.

But a four-year probe into such killings by the National Bureau of Investigation, the Philippines’ equivalent of the FBI, hasn’t led to a single prosecution, and one senior NBI agent told Reuters it will probably be shelved now that Duterte is set to become president. The nation’s Justice Secretary last week told reporters the probe may not be able to proceed.

Such impunity, and Duterte’s demands in recent weeks for more summary justice, could embolden death squads across the country, say human rights and church groups. Already there has been a spate of unsolved killings in nearby cities, with other mayors echoing Duterte’s support for vigilante justice.

“We’ve seen it happen in Davao and we’ve seen copycat practices,” Chito Gascon, chairman of the Commission on Human Rights (CHR), an independent Philippine watchdog, told Reuters. “Now can you imagine he is president and the national model for crime-fighting is Davao?”

Ask Clarita Alia, 62, who still lives in the Davao slum where her four sons were murdered, and she gives a mirthless chuckle.

Duterte, who has been Davao’s mayor or vice-mayor for most of the past 30 years, has denied any involvement in the murders. “I never did that,” he said on the campaign trail in April, responding to allegations he had directed the killings. An Office of the Ombudsman investigation also found there was no evidence connecting Duterte to the murders.

He has, though, repeatedly condoned them.

For example, in comments to reporters in 2009, he warned: “If you are doing an illegal activity in my city, if you are a criminal or part of a syndicate that preys on the innocent people of the city, for as long as I am the mayor, you are a legitimate target of assassination.”

And more recently he has vowed to wipe out crime in six months across the country by killing criminals, drug pushers and “sons of bitches” after he takes office on June 30.

“Do not destroy my country, because I will kill you,” the 71-year-old former prosecutor told a news conference in Davao on May 15.

He has also promised to restore the death penalty in the Philippines, warning he will hang the most heinous criminals twice: once to kill them, then again to “completely sever the head from the body”.

People here remember pre-Duterte Davao as a lawless battleground for security forces and Communist rebels. The city’s Agdao district was so violent it was nicknamed “Nicaragdao” after the then war-torn Central American nation.

Today, thanks to Duterte’s campaigns against drugs and crime, Davao today feels much safer, say the locals. But it still ranks first among 15 Philippine cities for murder and second for rape, according to national police.

ON WATCH FOR ASSASSINS

Reuters interviews with the families of four Davao victims, one of whom was a 15-year-old, showed that murders continued even as Duterte campaigned for the presidency.

All four killings occurred in the past nine months and bore the hallmarks of a loose-knit group that the locals call the Davao Death Squad.

The victims were shot in daylight or at dusk, three of them on the same street in a riverside slum seething with people. The killers rode motorbikes with no license plates, their faces hidden by helmets and masks.

Reymar Tecson, 19, was executed last August while sleeping at the roadside. A week later, Romel Bantilan, 15, was shot dead while playing a computer game less than 30 paces away.

Tecson’s family said Reymar was a drug user, but Bantilan’s family insisted that Romel was clean.

Romel had a twin brother, and their father, Jun Bantilan, said he had heard “rumors” that the other boy would be next. Most days Jun sits at the end of the street, watching out for assassins.

Nearby, in her tumble-down shack, Norma Helardino still wondered why her husband Danilo, 53, was shot dead in January. He didn’t use drugs, she said, although “maybe his friends did.”

The police filed a report but Helardino said she saw no sign of an investigation: “No witnesses came forward.” When asked who her husband’s killers were, she pointed to her tin roof and said: “Only God knows.”

“It is their destiny to be killed because they choose to be criminals,” she said. “The mayor has already said there is no place for criminals in the city.”

Driz described 15-year-old Bantilan as a “recidivist” with a “criminal attitude” who had been repeatedly warned to mend his ways. She said he had delivered drugs for a gang which had probably murdered him over a money dispute.

Responding to the Human Rights Watch allegations that the police conspire with the death squads, Driz said the police get the names of local criminals through a public hotline but don’t kill them.

Human rights activists say official investigations of death-squad killings have been hampered by a lack of witnesses, bureaucratic apathy and political influence.

The Human Rights Watch report called on the CHR to investigate whether Duterte and other officials had been involved or complicit in the deaths.

A CHR report three years later confirmed the “systematic practice of extrajudicial killings” by the Davao Death Squad. It, in turn, was successful in getting the Office of the Ombudsman to investigate whether Duterte was criminally liable for inaction in the face of evidence of numerous killings.

But in a January 2016 letter seen by Reuters, the Ombudsman told the CHR its investigation was “closed and terminated” because it had found no evidence that Duterte or the police were involved in the killings. The letter also dismissed the death squad as a product of “rumors and other gossips”.

The CHR report also triggered a probe by the NBI. Four years later, it is still ongoing, an agency spokesman said.

However, Secretary of Justice Emmanuel Caparas, who oversees the NBI, told reporters on Friday that the status of the investigation was unclear because a key witness, a former gunman, had left protective custody. “It’s really just a question now if the witness will surface,” he said.

And another NBI source, who requested anonymity because he wasn’t allowed to talk to the media, said the probe was now likely to be halted.

“Who will investigate the president?” he said.