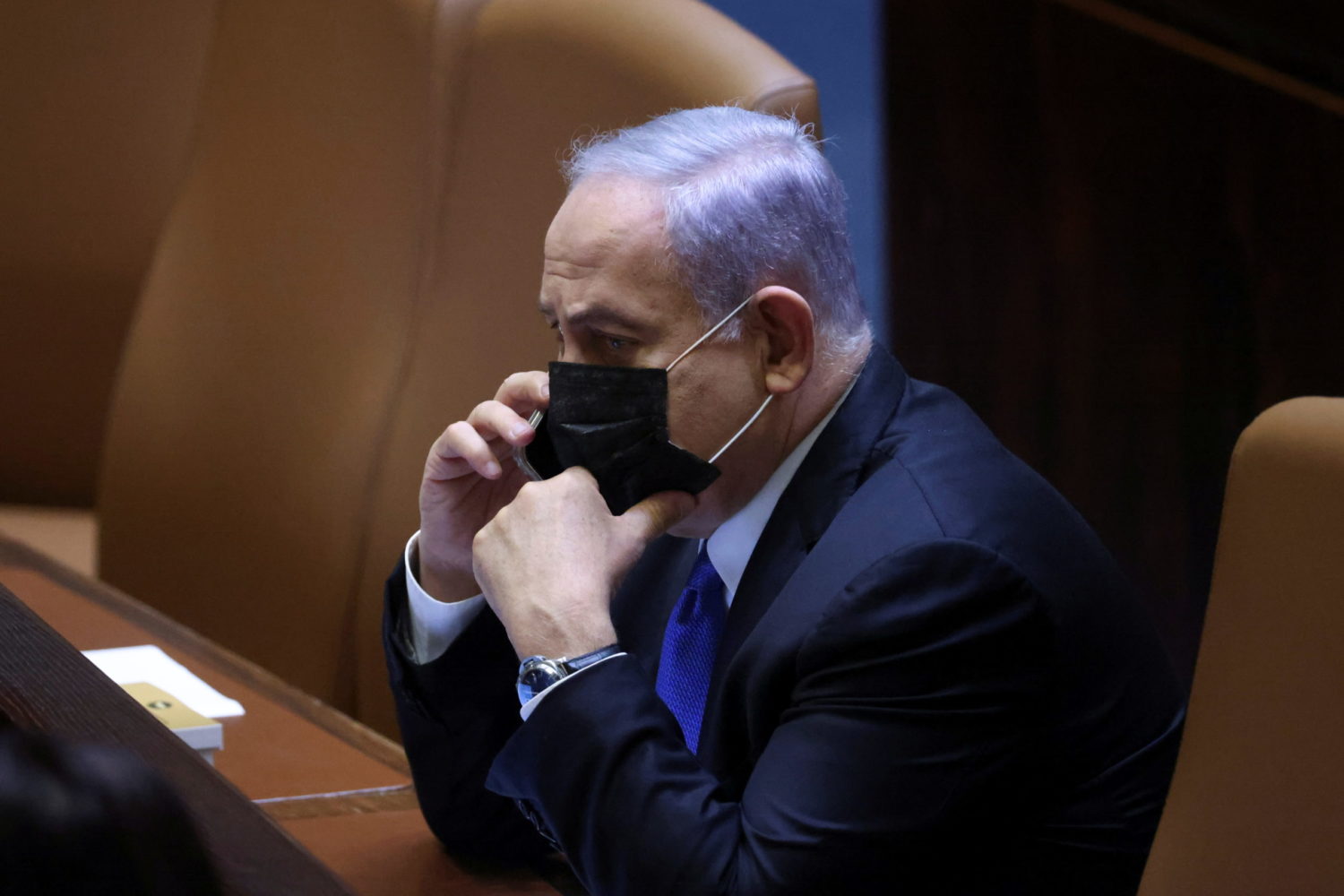 JERUSALEM (Reuters) – Long the familiar face of Israel, Benjamin Netanyahu is headed to the political sidelines after serving as prime minister for more than a decade.

But even as he battles in court against corruption charges that he denies, Netanyahu, as opposition leader, will be poised to pounce on a new governing coalition of right-wing, centrist and Arab parties with little in common other than a desire to unseat him.

In a likely taste of things to come, a stern-looking Netanyahu, 71, has decried the creation of a “dangerous, left-wing government.”

“Fraud of the century,” he declared indignantly after fellow right-winger Naftali Bennett turned against him on Sunday and opted to align with centrist opposition chief Yair Lapid despite a public promise that he would not do so.

Under a power-sharing deal that follows a March 23 election – Israel’s fourth in two years – Bennett, a former defense minister and a high-tech millionaire, will become prime minister.

He will later turn over the post to Lapid, who once served as finance minister in a Netanyahu-led government.

The diverse composition of the Lapid-Bennett alliance could make it particularly unstable in a country so riven by political divisions that “do-over” elections have become the norm.

That means that no one in Israel is ruling out a Netanyahu political comeback.

Already, the tone of his remarks has echoes of his closest international ally, former U.S. President Donald Trump, himself now unseated but still commanding loyalty from supporters.

For Netanyahu’s grassroots backers, dubbed “Bibists”, he remains a leader tough on security and a bulwark against pressure, even from Trump’s successor President Joe Biden, for any bold steps that could lead to a Palestinian state.

From the opposition benches, Netanyahu is likely to press on with a message that the new coalition will be hobbled by its left-wing members if military steps are needed against Israel’s enemies.

Claiming the spotlight even as Lapid was deep in negotiations on a change in government, a combative Netanyahu seemed to pick a fight with Biden on Tuesday over how to deal with Iran’s nuclear program, again hinting at the possibility of Israeli attack.

It has been a rocky few years for Netanyahu, whose stewardship of Israel’s COVID-19 vaccine rollout was not enough to halt his political decline.

A sense that he was living on borrowed time after 12 consecutive years in office was compounded by criminal charges over alleged favors to media tycoons and illegal receipt of expensive cigars and champagne.

Netanyahu has denied all wrongdoing and says, without offering any evidence, that he is a victim of a deep state conspiracy against him.

Popularly known by his childhood nickname, Bibi, Netanyahu is the son of a historian and attended high school and college in the United States, where his father taught.

Never lost for a soundbite, his booming baritone has resounded on the world stage since serving as Israel’s ambassador to the United Nations from 1984 to 1988.

Entering politics in Israel as a Likud legislator, he became party leader in 1993 and exerted hegemony for decades over Israeli politics.

The formation of the new government marked a rare defeat for Netanyahu: the last time he and his wife Sara had to pack their bags and move out of the prime minister’s residence was before the turn of the millennium.