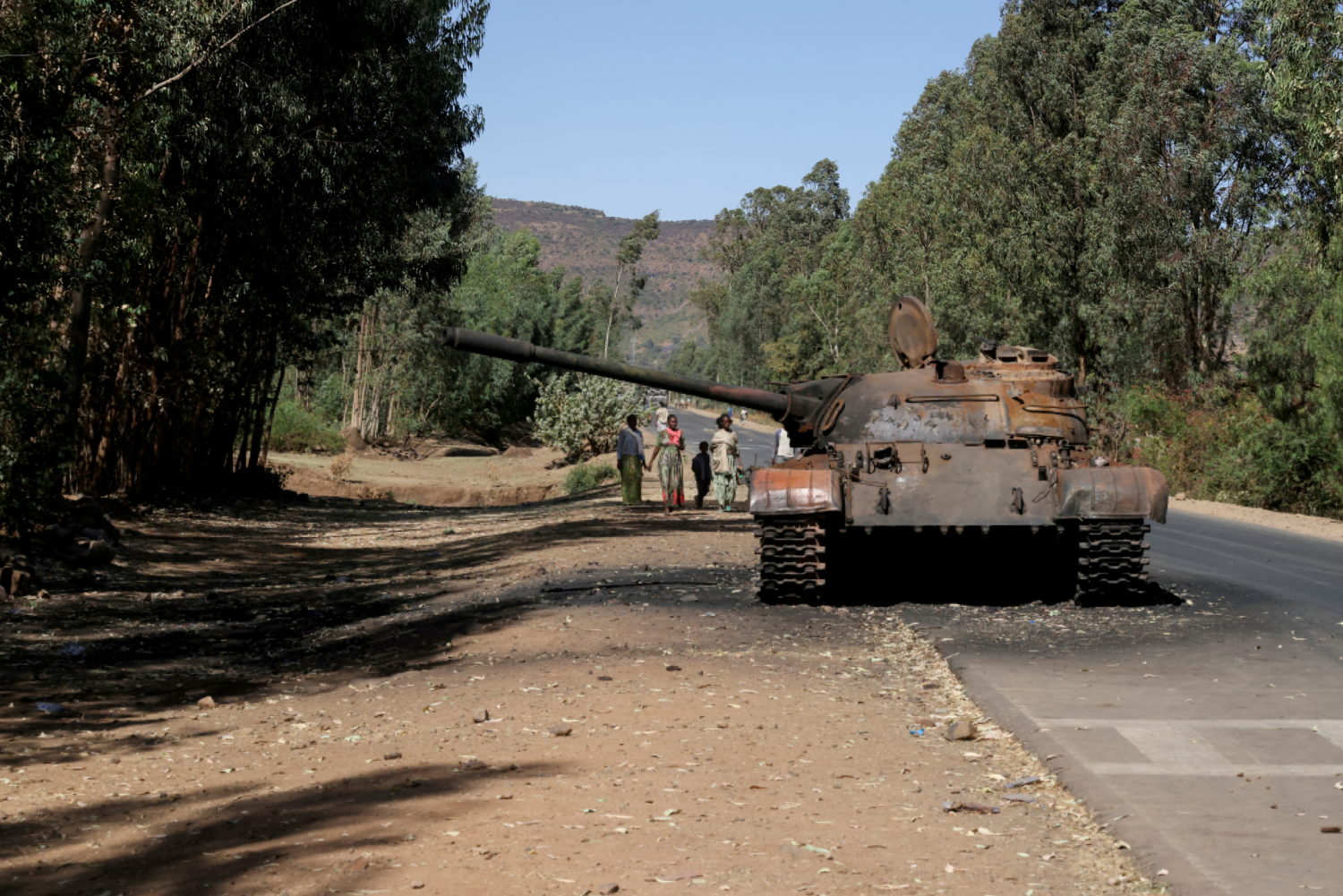 The killings in a village 10 km (six miles) from the town of Dabat took place on Sept. 1 and 2, said Sewnet Wubalem, the local administrator in Dabat, and Chalachew Dagnew, spokesperson of the nearby city of Gondar.

A spokesperson for Tigrayan forces did not immediately respond to a request for comment on what is the first report of Tigrayan forces killing a large number of civilians since seizing territory in Amhara. Tens of thousands of people have fled their homes in the region as Tigrayan forces have advanced.

“So far we have recovered 120 bodies. They were all innocent farmers. But we think the number might be higher. There are people who are missing,” Sewnet, the local administrator, told Reuters by phone.

Chalachew, the Gondar city spokesperson, said he had visited the burial area in the village and that children, women and elderly were among the dead.

He said the killings were during the Tigrayan forces’ “short presence” in the area, and it was now under the control of the Ethiopian federal army.

Reuters was unable to independently verify the accounts.

Getachew Reda, spokesperson for the Tigrayan forces, has previously denied to Reuters that the forces have committed crimes against civilians while seizing territory in Amhara over the past month.

War broke out 10 months ago between Ethiopia’s federal troops and forces loyal to the Tigray People’s Liberation Front (TPLF), which controls the Tigray region.

Since then, thousands have been killed and more than 2 million have fled their homes. Fighting spread in July from the Tigray region into the neighboring regions of Amhara and Afar, also in the country’s north.

Amid the conflict, relations between the ethnic Amharas and Tigrayans have deteriorated sharply.

During the war, regional forces and militiamen from the Amhara region have sought to settle a decades-old land dispute between the Amhara and Tigray regions.

Responding on Twitter to the agency’s statement on looting, Getachew Reda, the Tigrayan forces’ spokesperson, wrote: “While we cannot vouch for every unacceptable behavior of off-grid fighters in such matters, we have evidence that such looting is mainly orchestrated by local individuals & groups.”

The U.N. has said a de facto aid blockade on the Tigray region, where some 400,000 people are already in famine conditions, has worsened an already dire humanitarian crisis.

The Ethiopian government has repeatedly denied allegations by the U.N. and Western governments that it is deliberately impeding the delivery of lifesaving assistance. On Sunday, a U.N. convoy of trucks bearing food and other aid was permitted to enter Tigray for the first time since Aug. 20.