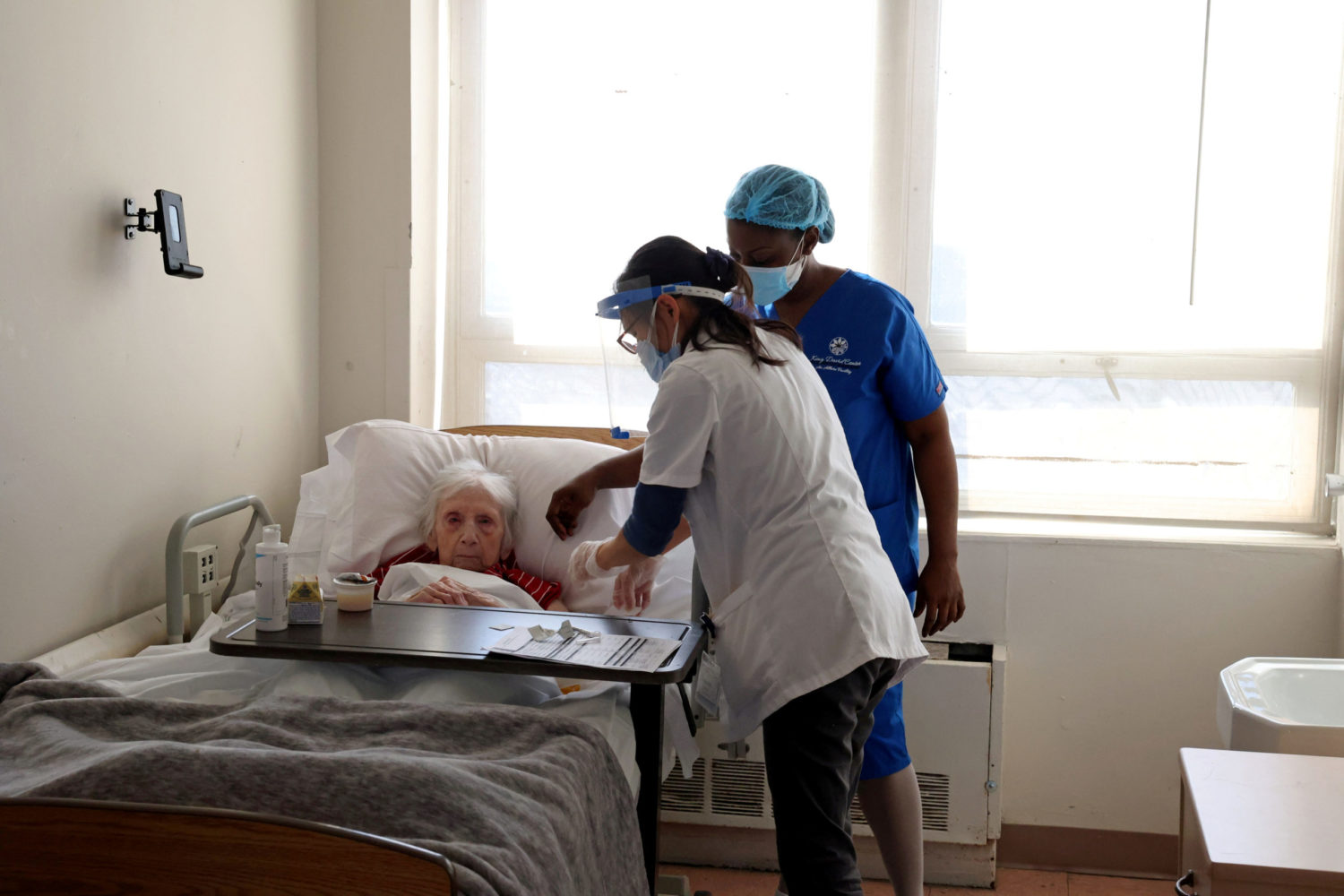 By Lisa Baertlein and Deena Beasley

LOS ANGELES (Reuters) – A former Arkansas health official is sounding alarms about the pace of coronavirus vaccines being administered to residents of long-term care facilities under a U.S. plan that puts major pharmacy chains CVS and Walgreens in charge of many of the shots.

Fewer than 10% of doses allocated to those Arkansas seniors have been administered, according to the state health department. The two pharmacies are working with about 40% of the state’s facilities. Some of those were told that they were scheduled for February or March, said Dr. Joe Thompson, former Arkansas surgeon general and chief executive of the Arkansas Center for Health Improvement

“This is not acceptable,” said Thompson. “We’re seeing a failure in deployment by CVS and Walgreens.”

Federal health officials in recent days have urged broadening vaccine eligibility to tens of millions of Americans to speed the national inoculation program rollout. Meanwhile, seniors at some long-term care facilities – who account for about 1% of the U.S. population but 40% of COVID-19 deaths and were supposed to be at the front of the line – continue to wait.

State and local officials and long-term care operators in states including Florida, California, Arizona, Indiana and Pennsylvania told Reuters they have turned to alternative providers for vaccinations for their residents or staff because the pharmacy chains were scheduling shots weeks out.

“I think they face serious bandwidth issues in terms of scheduling,” said David Grabowski, a Harvard Medical School professor and healthcare policy expert. “I find it very distressing that we haven’t been doing this more rapidly. This is really a matter of life or death.”

Arkansas Governor Asa Hutchinson in a statement on Thursday said the two pharmacy chains assured him that all long-term care residents assigned to them would be vaccinated by the end of this month.

Many states prioritized homes with patients requiring medical care, which contributed to delays at other long-term care facilities.

CVS said it plans to finish all shots at assigned facilities within nine to 12 weeks of the first dose. That means states like California, Florida, Arizona, Alabama, Oklahoma and Pennsylvania, which were among the last to activate the second-phase of facility vaccinations, may not be finished until April.

“State decisions on which facilities are activated when have a significant impact on timing,” CVS spokesman T.J. Crawford said, noting that the company has administered 1 million shots and is on track with its federal agreement.

That resulted in “a little bit slower start than what we were hoping for. Now that we’ve gotten past the first of the year, you’re seeing a quick and rapid acceleration,” said Rick Gates, Walgreens’ senior vice president of pharmacy and healthcare. The company has done more than 500,000 shots and expects to be done by March.

‘OVERWHELMED BY THE SHEER VOLUME’

“We went because they either have not been contacted by the private providers or they had concerns because of some type of issue,” said county emergency manager Alan Harris.

“CVS and Walgreens, I think, are overwhelmed by the sheer volume of long-term care facilities in Florida,” Harris said.

The state of Florida has hired health services firm CDR Maguire to take over vaccinations at about 1,900 assisted living facilities that CVS or Walgreens had scheduled on or after Jan. 24.

Los Angeles County opted out of the CVS-Walgreens partnership and is asking facilities that can to pick up and administer vaccine themselves. In Northern California’s Contra Costa County, nonprofit Choice in Aging joined John Muir Health and Kaiser Permanente in pitching in to help.

Choice in Aging is targeting facilities with six or fewer beds in historically underserved communities. “This is a population that is never prioritized,” said Choice in Aging CEO Debbie Toth.

The CDC on Thursday said 26% of the 4.7 million vaccine doses allocated for long-term care sites had been administered, lagging even the woeful 36% of the 30.6 million available nationwide.

“Community pharmacies absolutely should be involved,” said American Pharmacists Association CEO Scott Knoer. “I wish they would have been from the get-go.” 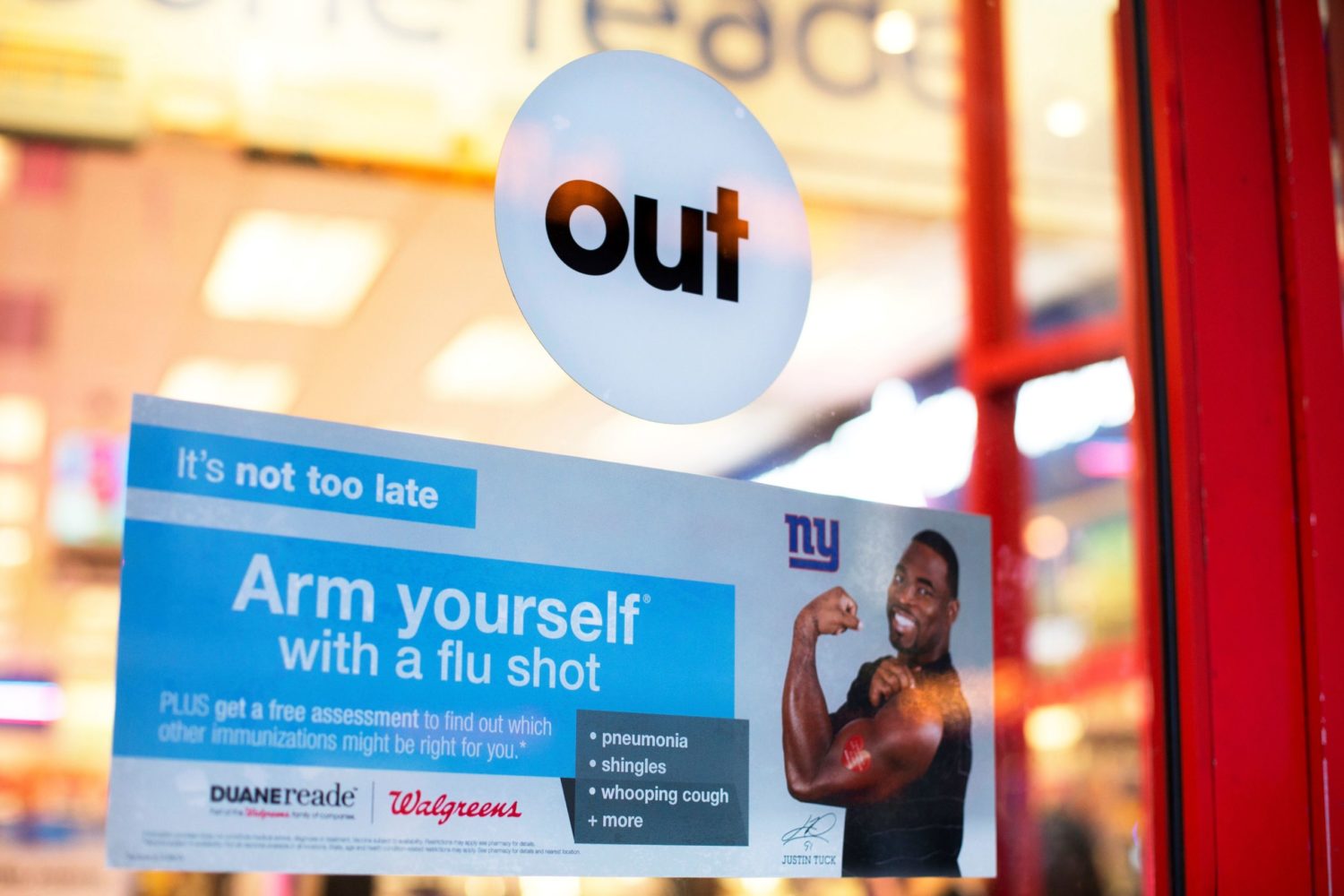 (Reuters) – Healthcare providers, including CVS Health Corp., are kicking off flu vaccinations early, ordering extra shots and aiming to add tests that check for both the annual flu and COVID-19, pharmacy executives and experts told Reuters.

Flu vaccination for the fall has taken on increased urgency because of the potential for serious complications if patients contract both viruses at once.

CVS expects to more than double the number of flu shots it provides to around 18 million people and Walgreens Boots Alliance Inc. is stockpiling extra vaccines, the companies told Reuters.

Drugmaker AstraZeneca Plc. on Thursday announced its first shipment of its FluMist vaccine in the U.S. and said it has increased production of doses in the U.S. by over 25% more than previously planned.

Failure to inoculate for the flu could also strain the United States COVID-19 testing capacity, which is still below the 6-10 million daily tests needed, Reuters has reported.

“If we can eliminate the dynamic of people getting symptoms and their first reaction is ‘is this the seasonal flu or is this COVID,’ it can take demand off of COVID-19 testing,” CVS Chief Executive Larry Merlo told Reuters.

Merlo added that CVS is working to obtain tests that screen for both viruses simultaneously. U.S. regulators approved a joint COVID-19 and flu test in July.

The same people who are most vulnerable to risks from COVID-19, such as the elderly and those with respiratory conditions, are also at greatest risk for the flu, Tan added.

The U.S. healthcare system is already expected to be strained in the fall by a resurgence in COVID-19. The Institute for Health Metrics and Evaluation is anticipating an uptick in COVID-19 cases in the coming months, resulting in around 300,000 total deaths by December, up from the current figure of roughly 160,000, and a nearly 75% increase in hospitalizations.

There is evidence that social distancing measures for COVID-19 reduce the transmission rate of the flu as well, according to the U.S. Centers for Disease Control and Prevention, meaning that continued measures in the U.S. could potentially slow flu transmission this season.

However, efforts to inoculate patients for the flu could be complicated by the need to safeguard patients and healthcare workers from COVID-19.

“If a patient has a fever or other symptoms associated with illness, they will be referred to their healthcare provider and immunizations will be deferred,” a Walgreens spokeswoman told Reuters.

CVS plans to begin inoculating patients earlier than usual – possibly by the end of this month – to get a jump start on preparing for this year’s flu season, which usually starts around October.

However, studies show there is a risk that getting inoculated against the flu too early can leave a patient vulnerable to contracting the virus later on in winter, if the shot wears off.

Other physicians are also starting this month, though it will still take months to fully distribute all the needed inoculations, Tan said.

The flu vaccine “comes out over time so you want to make sure people continue to seek flu vaccines” through Thanksgiving and beyond, Tan said. 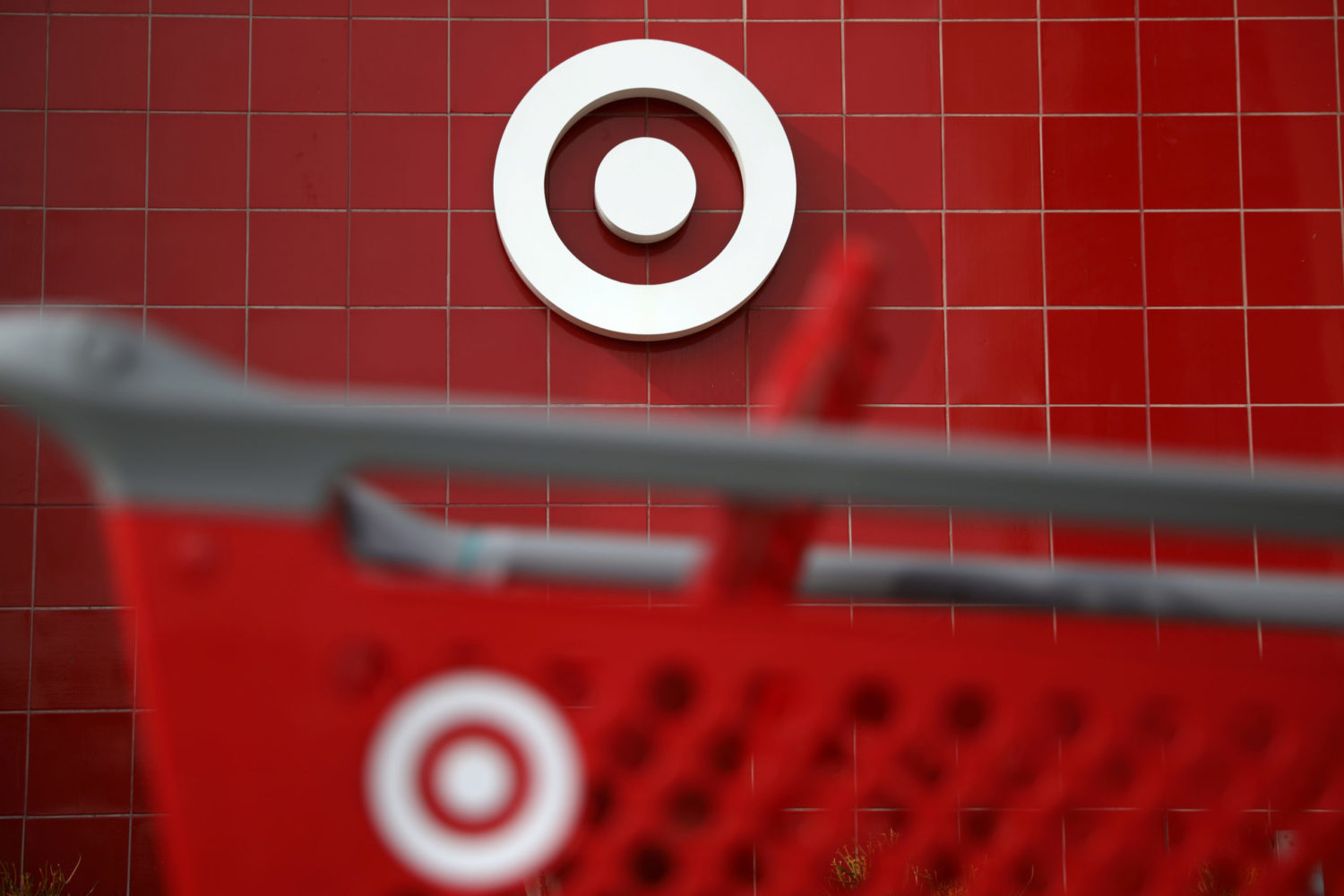 (Reuters) – Target Corp, CVS Health Corp and Walgreens Boots Alliance Inc said on Thursday they would require customers wear face coverings while shopping at their U.S. stores, adopting a widely accepted way to curb the spread of the coronavirus.

The move by consumer-facing companies comes as virus cases continue to surge in the United States and deaths exceed 137,000.

On Wednesday, Walmart Inc, Kroger Co and Kohls Corp had decided to implement the policy at all their outlets.

Target said it would launch the policy from August 1, with an exception for those with underlying medical conditions and young children.

Local and state regulations already require shoppers at over 80% of its stores to wear face masks, the retailer said.

Walgreens’ policy will come into effect on Monday, with the company saying it will add store signage and intercom messages to remind shoppers of the new rule.

CVS will also launch the rule at its pharmacies from Monday, but said it was not asking its employees to act as enforcers.

While many companies have recommended masks for months, they were hesitant to make it a requirement over fears of drawing the ire of shoppers, especially after several videos posted online showed confrontations between customers and store staff.

“What we are asking is that customers help protect themselves,” CVS said in a statement.

(Reporting by Uday Sampath in Bengaluru; Editing by Anil D’Silva and Arun Koyyur) 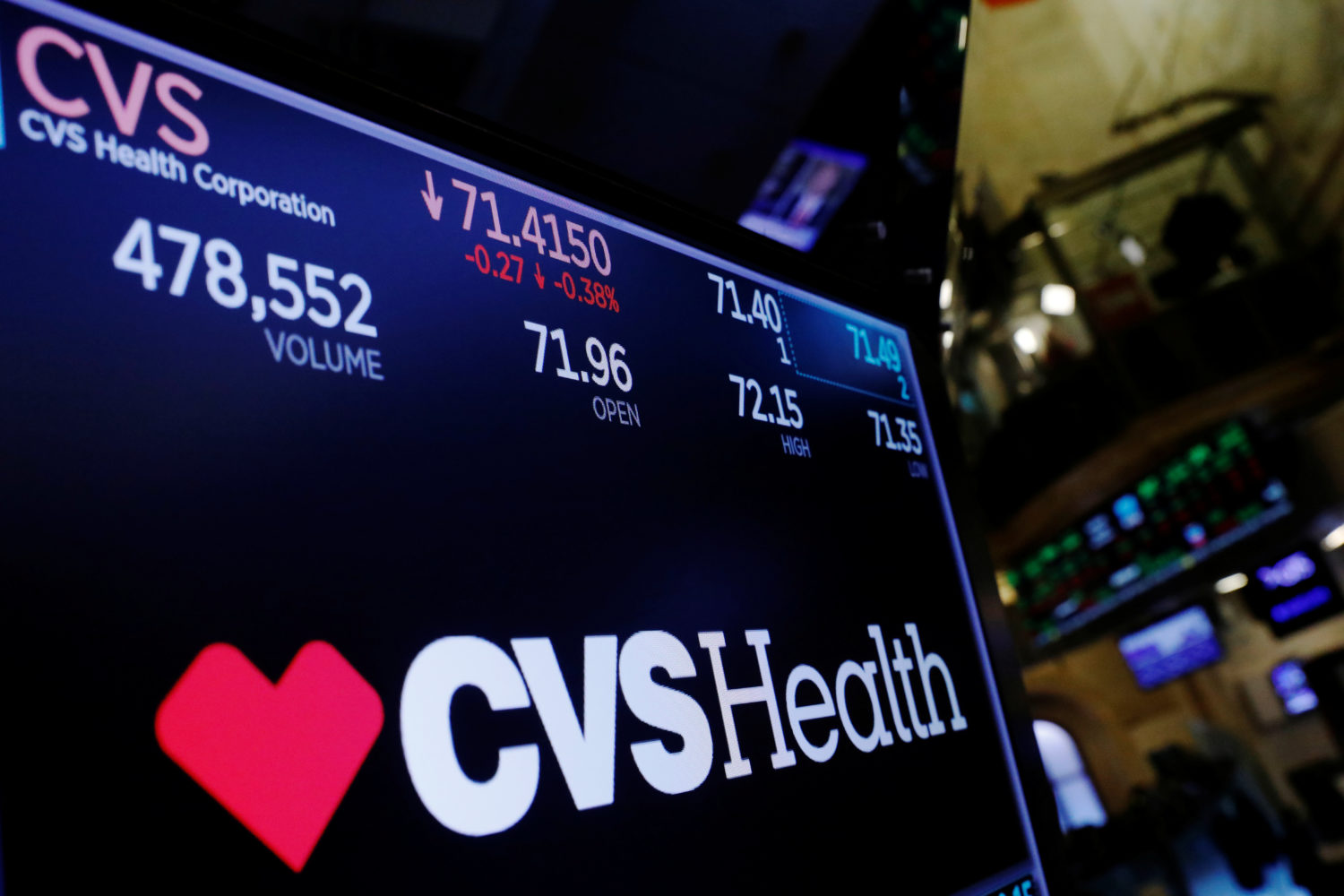 (Reuters) – CVS Health Corp , called on by the Trump administration last month to help test Americans for infections from the new coronavirus, said it was launching two offsite testing locations with Abbott Laboratories’ faster diagnostic kit and would be able to handle 1,000 tests per day.

Testing for COVID-19, the serious respiratory illness cased by the new coronavirus, has been held back by a lack of test kits and other equipment. While more than 300,000 people in America have tested positive for the new coronavirus, officials believe a shortage of kits has undercounted cases.

Testing, including at drive-through sites like these, is also seen as a key component for U.S. workers and restarting the economy as most states have ordered many non-essential businesses to close.

Executives from Walmart In, Walgreens Boots Alliance Inc  and Target Corp also said in March as part of the government announcement that they would start this testing.

In recent weeks, CVS and Walgreens had said that they each had a pilot site running.

CVS’ two new drive-through COVID-19 testing sites in Georgia and Rhode Island will use the new Abbott tests, which can work in 15 minutes, and that up to four more locations to follow.

“We want to get some experience under our belt with these sites and understand exactly sort of what the volume looks like,” CVS Chief Medical Officer Troy Brennan said in an interview.

Brennan said the company expects to announce a third testing site in a different state on Tuesday and could launch up to three more sites afterward.

CVS will supply personnel from its MinuteClinic unit to oversee the testing. The states will provide security and protective equipment.

The testing is currently available at no cost to patients and is being paid for by the federal government, CVS said.

Walgreens said last week on a conference call with analysts that it had a pilot running in Chicago that was doing about 150 tests a day under the direction of the government. Target said in March that because CVS handled the pharmacy operations in its stores, it would partner with them to bring any sites online.