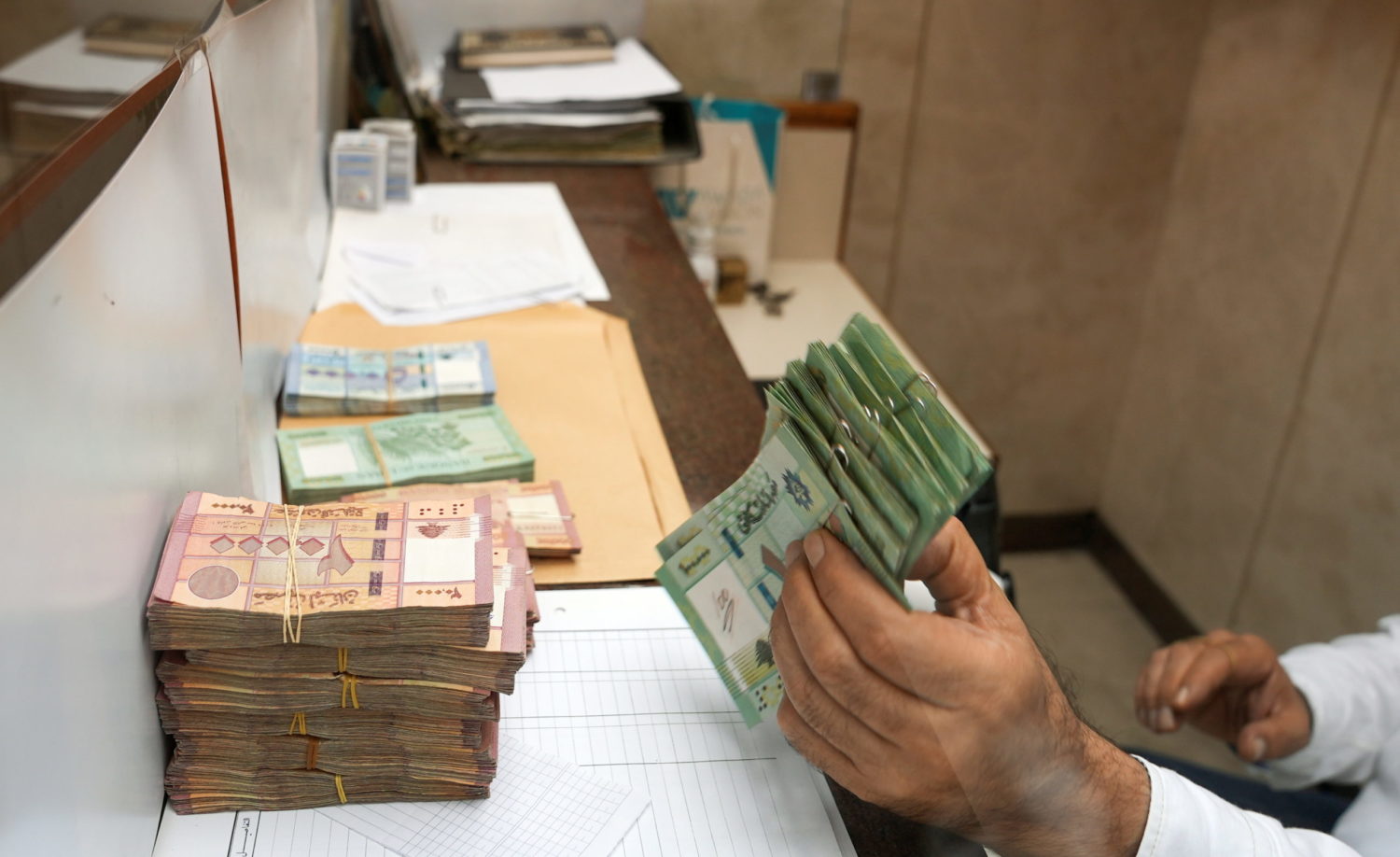 BEIRUT (Reuters) – Restaurant owner Antoine Haddad has been in business for over 35 years but says he is running out of hope as Lebanon struggles with one of the deepest financial crises of modern times.

The Lebanese pound lost around 90% of its value in the past two years, propelling three quarters of the population into poverty.

For Haddad, the difference between this and other crises that Lebanon has experienced, including the 1975-1990 civil war, is that it feels like there is no end in sight.

“Previously, you had hope that: ‘tomorrow the war will end, we do this and that and go back to where we were’, but this time there is no hope,” he said.

“They (those in power) promised us we would have plenty of money in our hands, and we indeed have a lot of it to play with,” he said sarcastically referring to the growing stacks of banknotes needed for even basic purchases after the currency drop.

Haddad, whose small restaurant has been in business since 1984, said he can only buy 10% of the olive oil he used to buy with the same money.

The government, facing an election in March as it tries to secure an IMF recovery plan, has tripled transport allowance for employees to alleviate some of the pain but most salaries, including the minimum wage, have not been adjusted.

Pub-owner Moussa Yaakoub is also taken aback by the amount of cash he needs to run his business.

“I have never before held in my hands this amount of money,” he said as he counted some 10 million pounds, worth $6,600 at the pre-crisis rate but now less than $500 at the market rate.

That much money used to cover a pub’s operation for months, but now only pays a couple of bills, he said.

Grocery store owner Roni Bou Rached has changed the way he stores money in his cash drawer now that smaller notes are used less, and coins are almost non-existent.

“I am hesitant how much to carry in my pocket when I leave. I sometimes carry 1 million or 1.5 million … but I mean, they are worthless,” he said.

A single restaurant bill now could amount to sums higher than some workers’ earnings.

“God help those who do not have an income or are not able to work around things,” Ali Jaber, a private sector employee, said.