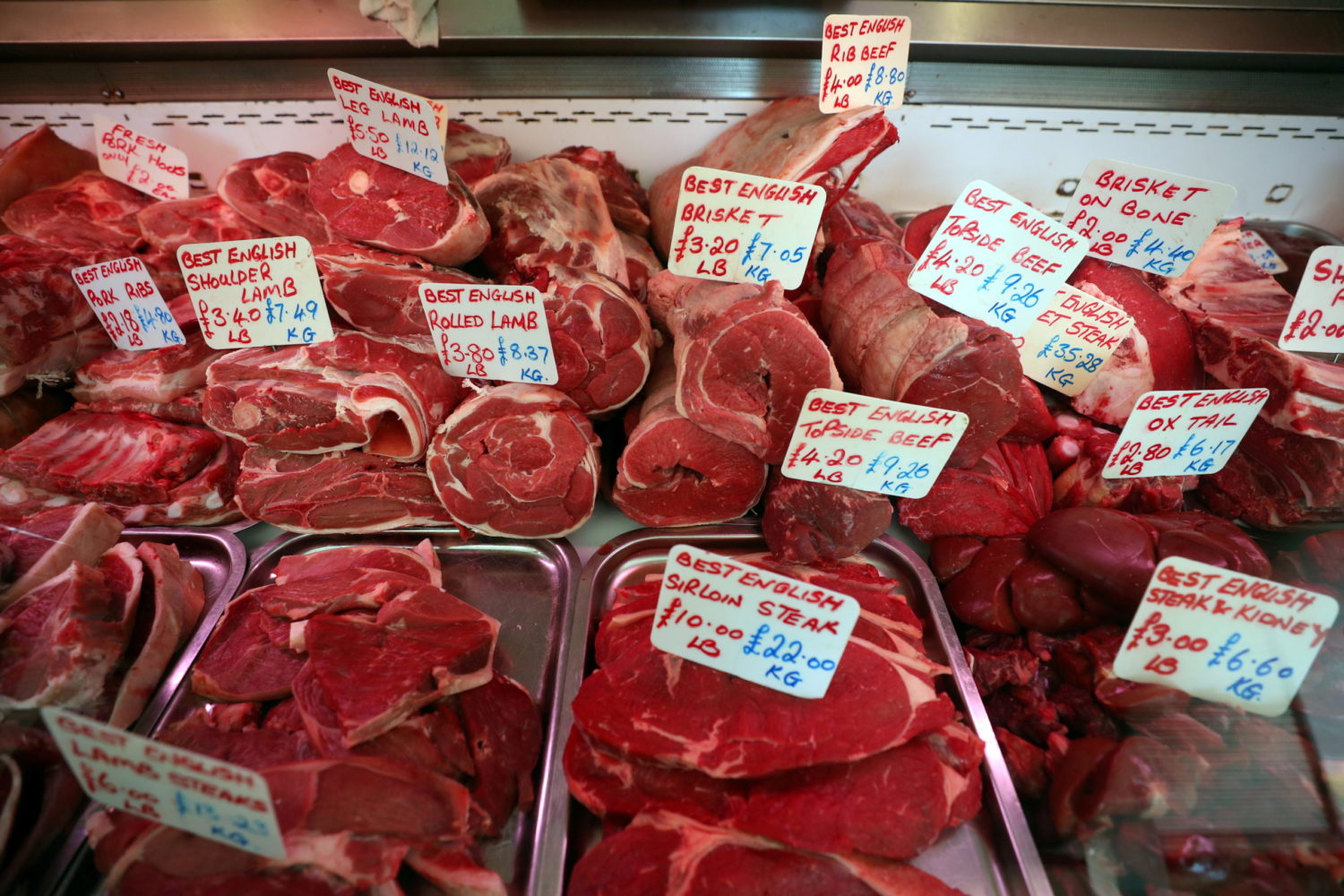 LONDON (Reuters) -Britain’s meat processors will start running out of carbon dioxide (CO2) within five days, forcing them to halt production and impacting supplies to retailers, the industry’s lobby group warned on Monday.

A jump in gas prices has forced several domestic energy suppliers out of business and has shut fertilizer plants that also make CO2 as a by-product of their production process.

The CO2 gas is used to stun animals before slaughter, in the vacuum packing of food products to extend their shelf life, and to put the fizz into beer, cider and soft drinks. CO2’s solid form is dry ice, which is used in food deliveries.

The CO2 crisis has compounded an acute shortage of truck drivers in the UK, which has been blamed on the impact of COVID-19 and Brexit.

“My members are saying anything between five, 10 and 15 days supply (remain),” Nick Allen of the British Meat Processors Association told Sky News.

With no CO2, a meat processor cannot operate, he said.

“The animals have to stay on farm. They’ll cause farmers on the farm huge animal welfare problems and British pork and British poultry will disappear off the shelves,” Allen said.

“We’re two weeks away from seeing some real impacts on the shelves,” he said, adding that poultry could start disappearing from shops even sooner.

Allen said the government was working to try and resolve the issue and might be able to persuade fertilizer producer CF Industries to re-start its UK plants.

Meanwhile, the British Soft Drinks Association warned some manufacturers had only a few days of CO2 left.

Some in the poultry industry fear a Christmas crisis.

Ranjit Singh Boparan, owner of 2 Sisters Food Group and Bernard Matthews, said the CO2 issue was “a massive body blow”, noting that the supply of turkeys this Christmas was already compromised by labor shortages.

Shares in processor Cranswick, whose products include fresh pork and chicken and gourmet sausages, fell 4% after it said production could be halted.

The crisis is also having a more immediate impact.

Online supermarket group Ocado said it had temporarily reduced the number of lines it is able to deliver from its frozen range. Dry ice is used to keep items frozen during delivery. Ocado shares fell 1.6%.

The British Retail Consortium (BRC), which represents retailers including the major supermarket groups, said the CO2 shortage had compounded existing pressures on production and distribution.

“… it is vital that government takes immediate action to prioritize suppliers and avoid significant disruption to food supplies,” said Andrew Opie, the BRC’s director of food and sustainability.

Britain’s National Farmers Union said it was concerned about the shortages of fertilizer and CO2.

“We’re aware of the added strain this puts on a food supply chain already under significant pressure due to lack of labor,” NFU vice president Tom Bradshaw said.