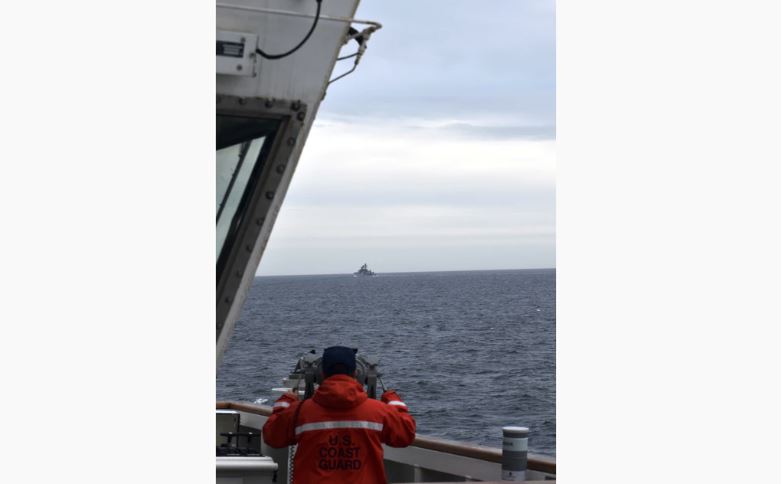 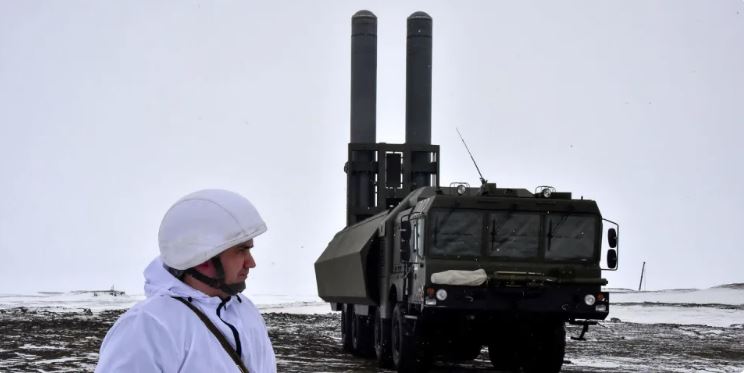 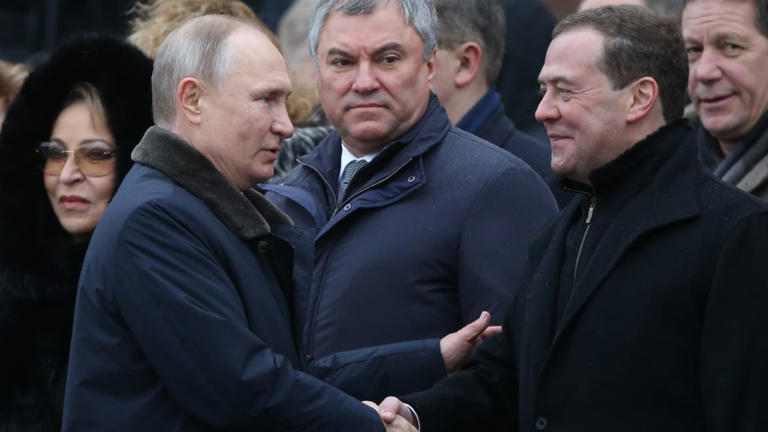 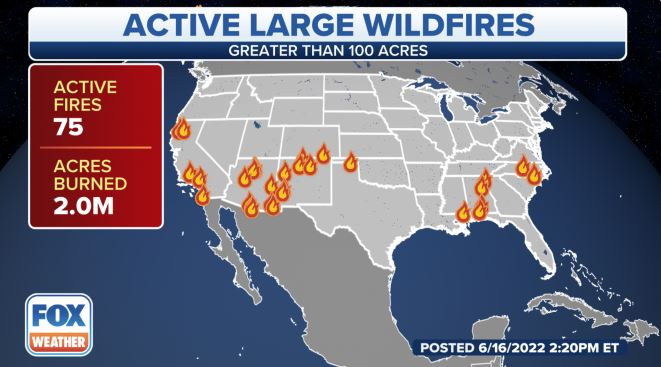 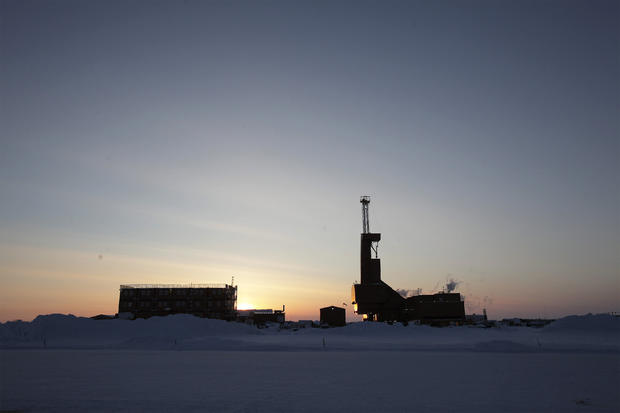 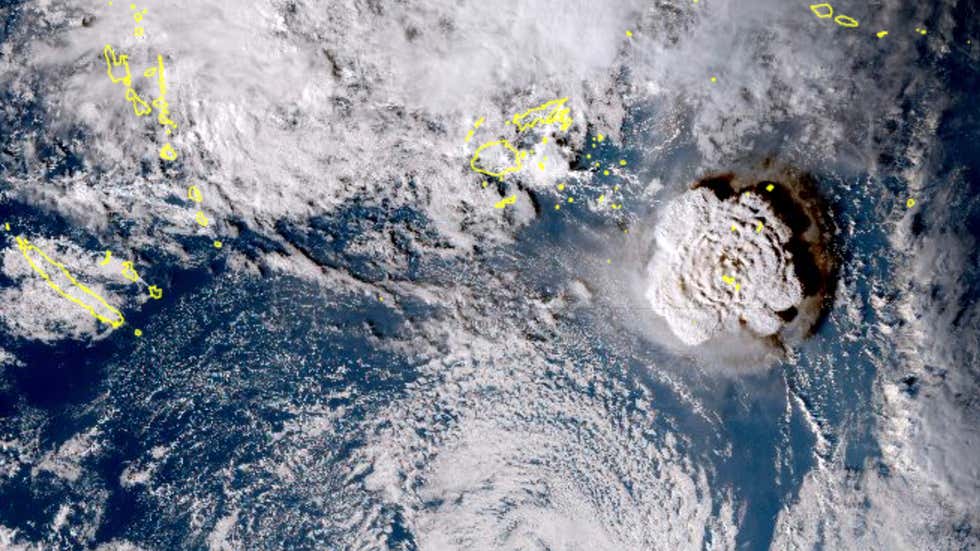 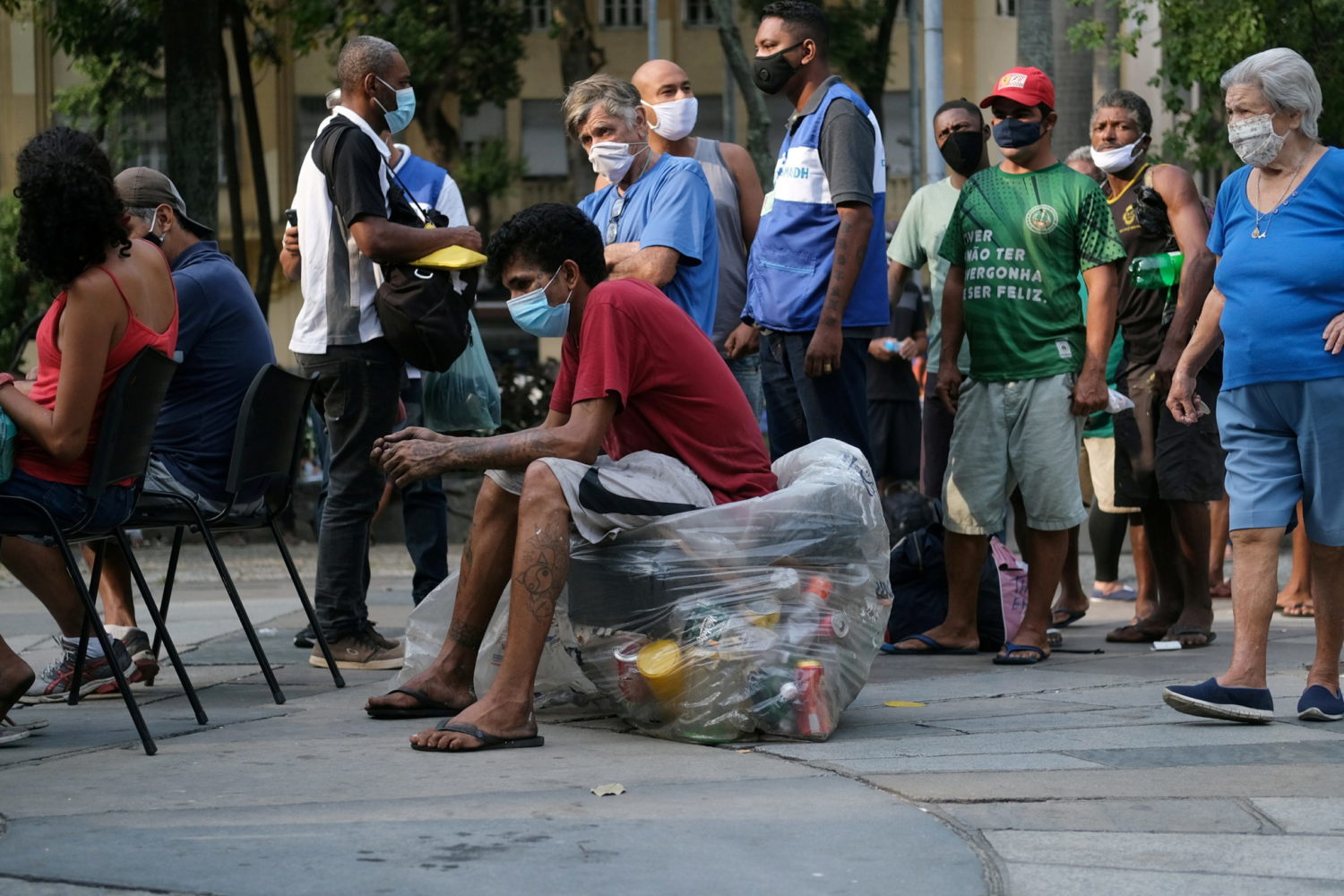 BRASILIA (Reuters) – The number of new COVID-19 infections has been dropping over the past month throughout the Americas, even though only 37% of the people in Latin America and the Caribbean have been fully vaccinated, the Pan American Health Organization (PAHO) said on Wednesday.

However, Alaska has the most serious outbreak in the United States today that is overwhelming emergency rooms, and while South America is continuing to see a drop in infections, Chile has seen a jump in cases in the capital Santiago and port cities Coquimbo and Antofagasta.

PAHO has closed vaccine supply agreements with Sinovac Biotech Inc and AstraZeneca Plc for delivery this year and next and with China’s Sinopharm for 2022, the agency’s director Carissa Etienne told reporters. 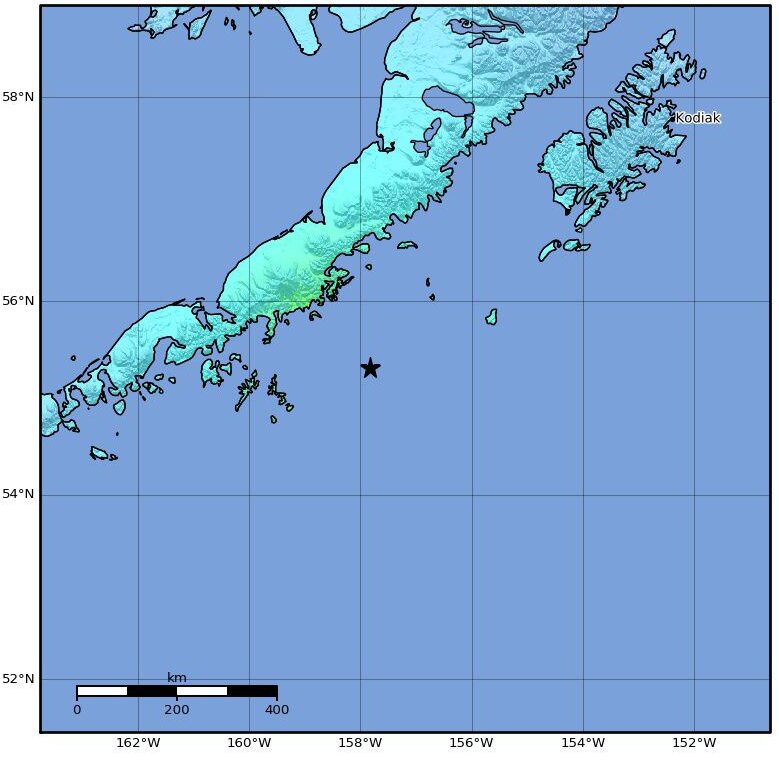 By Shubham Kalia and Yereth Rosen

ANCHORAGE, Alaska (Reuters) -Tsunami warnings were lifted for Alaska and the rest of Pacific after a huge earthquake of 8.2 magnitude struck the seismically active U.S. state in the late hours on Wednesday.

There were no immediate reports of injuries or damage to property. Several Alaskan coastal communities were evacuated following the quake. Among them was Seward on the Kenai Peninsula, south of Anchorage, where sirens blared and residents were told to move to higher ground.

The U.S. states of California, Oregon and Washington and the Canadian province of British Columbia were not expected to see any significant tsunami threats, Dave Snider, tsunami warning coordinator with the NTWC, told Reuters.

“There might be some minor damage in some places (in Alaska), but a significant tsunami and significant damage from something like that is not expected,” Snider said.

While shallow earthquakes near populated areas can be dangerous, in this case the shallow quake posed less of a threat because they do not usually generate large tsunamis.

“That’s really fortunate in this case, because 8.2 is really strong enough to make a sizable wave, especially in that location of the world,” Snider added.

The Pacific Tsunami Warning Center (PTWC) cancelled warnings issued for Hawaii and the U.S. Pacific territory of Guam, while the public broadcaster NHK said there was no risk to Japan. Authorities in New Zealand also said they did not expect any flooding in coastal areas.

According to the USGS, the quake was followed by over 25 aftershocks in the region, with two around magnitude 6.0. 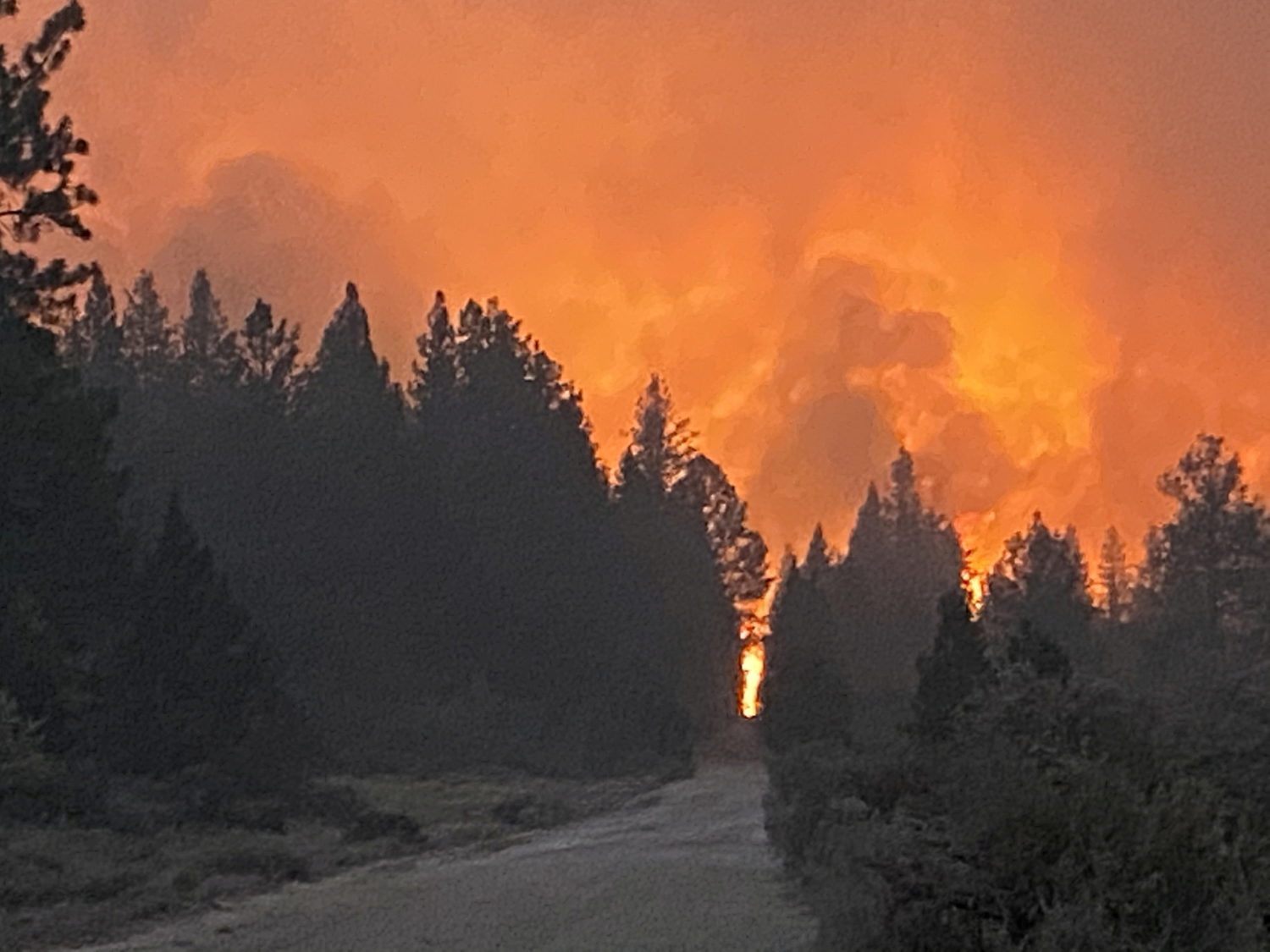 The Bootleg fire has charred more than 227,000 acres (91,860 hectares) of desiccated timber and brush in and around the Fremont-Winema National Forest since erupting on July 6 about 250 miles (400 km) south of Portland.

That total, exceeding the land mass of New York City, was 12,000 acres higher than Wednesday’s tally. Strike teams have carved containment lines around 7% of the fire’s perimeter, up from 5% a day earlier, but Incident Commander Joe Hessel said the blaze would continue to expand.

“The extremely dry vegetation and weather are not in our favor,” Hessel said on Twitter.

More than 1,700 firefighters and a dozen helicopters were assigned to the blaze, with demand for personnel and equipment across the Pacific Northwest beginning to strain available resources, said Jim Gersbach, a spokesman for the Oregon Department of Forestry.

“It’s uncommon for us to reach this level of demand on firefighting resources this early” in the season, he said.

Firefighter Garrett Souza, 42, a resident of the nearby town of Chiloquin, said Wednesday he and his team spent 39 hours straight on the “initial attack” of the fire last week.

“It’s the cumulative fatigue that really, I think, wears a person out over time,” he told Reuters, as he took a break from hacking at hotspots in the burn area.

No serious injuries have been linked to the Bootleg fire, officials said, but it has destroyed at least 21 homes and 54 other structures, and forced an estimated 2,000 people from several hundred dwellings placed under evacuation. Nearly 2,000 homes were threatened.

LARGEST OF MANY WILDFIRES

The Bootleg ranks as the largest by far of 70 major active wildfires listed on Thursday as having affected nearly 1 million acres in 11 states, the National Interagency Fire Center in Boise, Idaho, reported. It was also the sixth-largest on record in Oregon since 1900, according to state forestry figures.

Other states hard hit by the latest spate of wildfires include California, Idaho, Montana and Alaska.

As of Wednesday, the center in Boise put its “national wildland fire preparedness level” at 5, the highest of its five-tier scale, meaning most U.S. firefighting resources are currently deployed somewhere across the country.

The situation represents an unusually busy start to the annual fire season, coming amid extremely dry conditions and record-breaking heat that has baked much of the West in recent weeks.

Scientists have said the growing frequency and intensity of wildfires are largely attributable to prolonged drought that is symptomatic of climate change.

One newly ignited blaze drawing attention on Thursday was the Dixie fire, which erupted on Wednesday in Butte County, California, near the mountain town of Paradise, still rebuilding from a 2018 firestorm that killed 85 people and destroyed nearly 19,000 structures in the state’s deadliest wildfire disaster.

The Dixie fire has charred about 2,250 acres (910 hectares) in its first 24 hours as some 500 personnel battled the blaze, which was spreading across a steep, rocky tree-filled terrain about 85 miles (140 km) north of Sacramento.

Erik Wegner of the U.S. Forest Service said dense stands of dead and dying trees created highly combustible conditions for the blaze. “It took off really fast,” he told Reuters.

Authorities have issued evacuation orders and warnings for several small communities in the area.

In Washington state, firefighters have contained about 20% of a lightning-caused fire near Nespelem, which has burned nearly 23,000 acres (9,270 hectares) northeast of Seattle since Monday, mostly on tribal lands of the Colville Reservation.

There were no injuries, but the blaze killed some livestock, destroyed three houses and forced evacuations of several others, officials said. 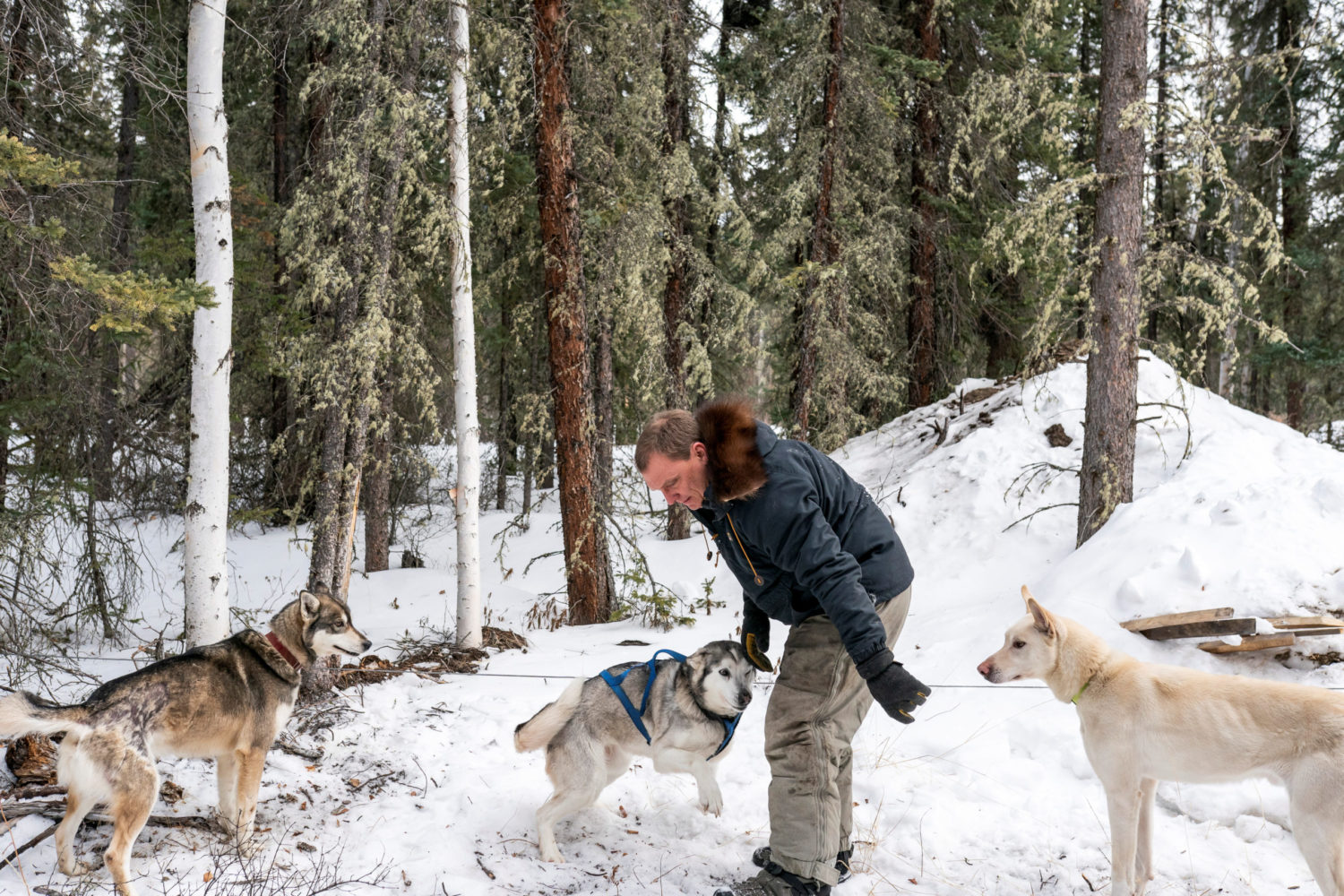 ANCHORAGE, Alaska (Reuters) Despite its sprawling geography and often-inhospitable climate, Alaska ranks among the top U.S. states for getting COVID-19 vaccine into the arms of its residents, and its indigenous population has played a major role in that achievement.

With a history and culture deeply shaped by deadly outbreaks of disease that have periodically ravaged remote corners of their subarctic homeland, Alaska Natives have aggressively led the way on inoculations against COVID-19 for the state as a whole.

Through their federally recognized sovereign powers, Alaska Native tribes has secured larger vaccine supplies from the U.S. Indian Health Service (IHS) than the state government has obtained for itself, said Tiffany Zulkosky, a Yup’ik and state legislator from the southwestern Alaska community of Bethel.

Acting Anchorage Mayor Austin Quinn-Davidson, who is white, tweeted a photo of herself getting a shot courtesy of a Native organization in early March.

“Alaska is leading the country in vaccinations because of the incredible work and generosity of our Tribal partners,” she wrote.

By early April, more than 42% of all Alaska residents aged 16 and older had received at least a first dose of a COVID-19 vaccine, ranking near the top among states with the highest rates of inoculation per capita and by percentage of population.

The percentages run higher in regions dominated by Native populations, which have been particularly hard hit by the pandemic.

Although precise figures are hard to come by, a significant number of shots received by the general public come from the IHS supply or are being administered by tribal networks, said Zulkosky, a vice president of the Yukon-Kuskokwim Health Corp, which serves a region the size of Oregon.

Besides the impetus of achieving herd immunity, “there is that cultural value of sharing and taking care of one another,” she said.

In some extremely remote Native villages vaccination rates are now approaching 90 percent, according to state data. Tribal providers prioritized those villages for early vaccine delivery because they tend to have limited medical services and often lack modern plumbing and sewage systems.

Karma Ulvi, tribal leader in the onetime gold rush outpost of Eagle, home to about 120 people – half of them Alaska Natives – on the Yukon River near the Canadian border, said the arrival of vaccines there came as a great relief.

By early April, nearly the entire community was vaccinated, Ulvi told Reuters, stressing the importance of immunization in a place where only about three in every 20 households have running water, making good hand hygiene difficult.

“There was just an overwhelming happiness among people here that received it,” she said of the vaccines.

With limited phone and internet service and no wintertime road access, the nearest hospital is at least three hours away by aircraft. Even then “it’s very hard to be in touch with the plane if there’s an accident or if someone is sick,” Ulvi said.

The campaign hearkened back to the famous 1925 Serum Run, when a dog-sled relay delivered life-saving diphtheria medicine to Nome. The Yukon-Kuskokwim Health Corp dubbed its COVID-19 vaccine-delivery system Project Togo, after a celebrated lead dog in the storied serum run.

Alaska Natives imposed some of the nation’s earliest and most robust lockdowns, mask mandates and other rules to curb the pandemic. The virus reached rural sites nonetheless, with some devastating results. Indigenous people accounted for 37 percent of COVID-19 deaths in the state last year, more than twice their proportion of the population, according to the state epidemiology office.

The Native COVID-19 death rate was nearly four times that for white Alaskans, according to state data.

The present-day tribal response is also colored by memories of past trauma, including the 1918 influenza pandemic that shattered Native communities, virtually wiping out entire villages.

The “Great Flu” is a particularly vivid cultural loss, said PJ Simon, chairman of the Tanana Chiefs Conference, a consortium of Athabascan tribes in interior Alaska.

“Some families will never know their last name because they all died,” he told Reuters. “People were reeling. Sometimes just a kid or a boy or girl survived and the rest of the family died and everyone else was trying to get back to normal, much like we are trying to do right now.”