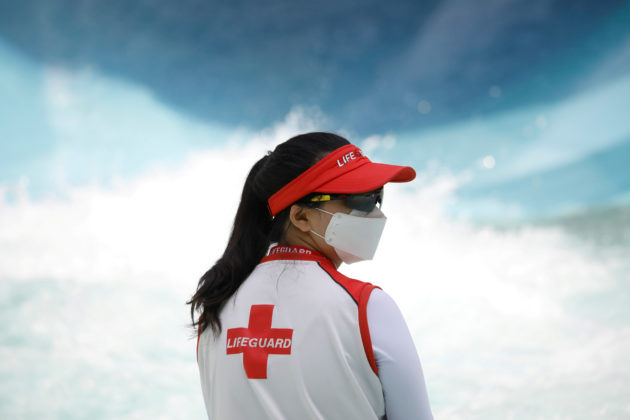 A water park employee looks on in Yongin, South Korea, as measures to avoid the spread of the coronavirus disease (COVID-19) continue, June 5, 2020. REUTERS/Kim Hong-Ji

(Reuters) – Here’s what you need to know about the coronavirus right now:

Governors of U.S. states that are COVID-19 hotspots pressed ahead with economic reopenings that have raised fears of a second wave of infections.

The moves by states such as Florida and Arizona came as Treasury Secretary Steven Mnuchin said the United States could not afford to let the novel coronavirus shut its economy again and global stocks tanked on worries of a pandemic resurgence.

In Europe, health experts said the risk of a second wave of COVID-19 infections big enough to require lockdowns to be reimposed is moderate to high.

India reported a record daily increase of cases and became the world’s fourth worst-hit country, raising the prospect of the return of a lockdown just days after it was lifted.

U.S. property and casualty insurers have cast the coronavirus pandemic as an unprecedented event whose cost to small businesses they are neither able nor required to cover.

The industry has warned it could cost them $255 billion to $431 billion a month if they are required, as some states are proposing, to compensate firms for income lost and expenses owed due to virus-led shutdowns, an amount it says would make insurers insolvent.

A Reuters examination of the estimate, however, suggests the possible bill may not be so onerous.

The UK economy shrank by a quarter in the March-April period as entire sectors were shuttered by the coronavirus lockdown.

“This is catastrophic, literally on a scale never seen before in history,” Paul Johnson, director of the Institute for Fiscal Studies think tank, said. “The real issue is what happens next.”

The Organisation for Economic Co-operation and Development says Britain – with its huge services industries that are hit hard by social distancing measures – could suffer the worst downturn among the countries it covers, with an 11.5% contraction this year.

Drugmakers are warning of a potential shortage of vials to bottle future COVID-19 vaccines, but their rush to secure supplies risks making matters worse.

Schott AG, the world’s largest maker of speciality glass for vaccine vials, says it has turned down requests to reserve output from major pharmaceutical firms because it does not want to commit resources before it is clear which vaccines will work.

“We have to keep the door open to give capacity to those who really are successful in the end. We don’t want to be portrayed in the press as the ones who were unable to package the best vaccine,” Chief Executive Frank Heinricht told Reuters.

Roping in the drones

Airspace Systems, a California startup company that makes drones that can hunt down and capture other drones, on Thursday released new software for monitoring social distancing and protective face-mask wearing from the air.

The software analyzes video streams captured by drones and can identify when people are wearing masks, standing close together or points where people gather in clusters. Airspace aims to sells the system to cities and police departments.

The company says the system does not use facial recognition and does not save images of people or pass those images to its customers. Even with those protections in place, the system is still “a step toward robots that are monitoring our behavior,” said Jay Stanley, a senior policy analyst with the American Civil Liberties Union’s Speech, Privacy and Technology Project.