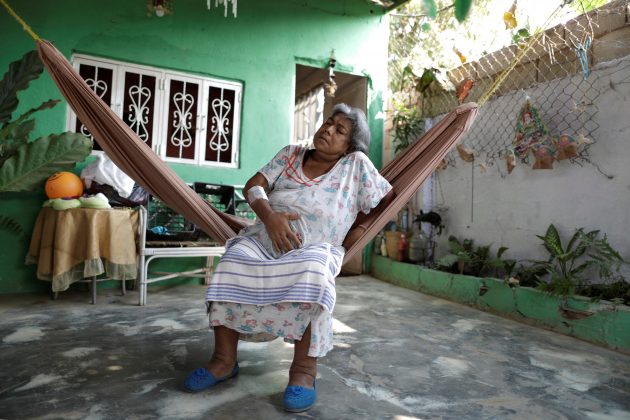 FILE PHOTO: Lesbia Avila de Molina, 53, a kidney disease patient, holds her stomach due to pain in her house during a blackout in Maracaibo, Venezuela, April 12, 2019. REUTERS/Ueslei Marcelino

By Mariela Nava and Ueslei Marcelino

MARACAIBO, Venezuela (Reuters) – Seconds before William Lopez was set to be connected to a dialysis machine at a state-run clinic in the western Venezuelan city of Maracaibo in April, the power went out.

Missing dialysis treatment, which removes toxins that build up in the blood of people who suffer kidney failure, leaves Lopez feeling dizzy and nauseous. Like any chronic kidney patient, he could die if he goes too long without treatment.

Unable to complete his treatment that day, Lopez had little choice but to return home.

When he arrived, the power was out there as well.

“The impotence that I feel makes me want to cry,” said Lopez, 45, one of 11,000 Venezuelans whose dialysis treatment has been thrown into disarray by a wave of blackouts in the oil-rich but crisis-stricken South American country.

“Some people go to sleep while they are in treatment. I do not, because I am scared I will never wake up.” 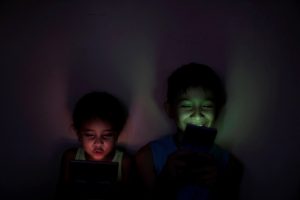 Electricity has largely been restored to the capital city of Caracas after two nation-wide power outages in March and April.

But many other parts of Venezuela now have power for only several hours per day under a rationing plan put in effect by President Nicolas Maduro.

Few places have been harder-hit than sweltering Maracaibo, the country’s second-largest city, which still experiences power cuts lasting 10 hours or more per day. That has led to water shortages, making it hard to provide the minimum 120 liters (32 gallons) of water doctors say is needed for a full dialysis session.

Dialysis requires consistent supplies of power and water to provide the recommended treatment of three or four hours, three times a week.

Venezuela’s public hospitals for years have provided free dialysis treatment, thanks to abundant oil revenue and generous health-care spending. But since the economy crashed along with oil prices in 2014, new equipment rarely arrives and the existing machines are not maintained, doctors say.

Maduro says healthcare problems are caused by U.S. sanctions that blocked funds in foreign bank accounts that could be used to pay for imports of equipment and medicine. He says the recent power outages are the result of Washington-backed sabotage of the electrical system.

His adversaries say those problems were created by incompetence and corruption, and that he has refused to recognize the severity of the situation.

The information ministry and the health ministry did not reply to requests for comment.

Lesbia Avila said she woke up feeling ill one recent morning after receiving just one hour and 40 minutes of treatment the prior day due to lack of power and equipment shortages at her Maracaibo clinic. She said she feels like she is choking when she does not receive full treatment.

“I just ask God that if I die, it will not be of choking,” said Avila, 53, as she lay in a hammock at her home in a working class neighborhood in western Maracaibo.

While speaking to a reporter, she turned pale and began to sweat. Her husband, who was laid off from his job at a nearby auto parts factory two months ago, took an old refrigerator drawer for her to vomit into.

She said at the privately-owned dialysis center where she goes for treatment, only 18 of 35 dialysis machines are working.

The situation is similar at the 136 state-owned dialysis clinics across the country, said Carlos Marquez, the president of the Venezuelan Nephrology Society. Many of the country’s 1,600 machines are not working, he said. The health ministry does not publish figures.

“I should have been born rich to be able to buy myself a new kidney,” said Aidalis Guanipa, 25, who lives with her 83-year-old grandmother in Maracaibo. They get by on her grandmother’s pension and from sales of homemade sweets.

“I have not had dialysis for two days because there has been no electricity. I am scared.”