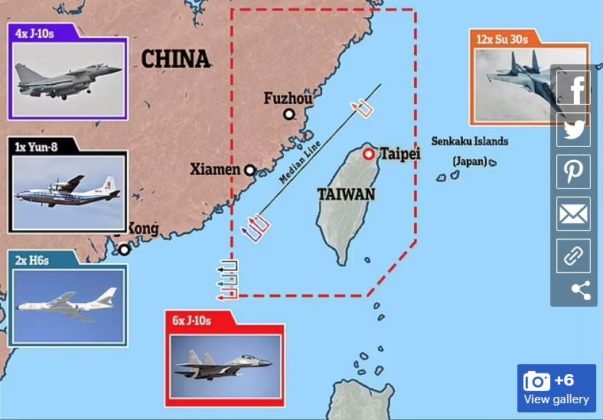 Pictured: A map showing where the Chinese aircraft entered the country's the country's Air Defense Identification Zone and crossed the median line