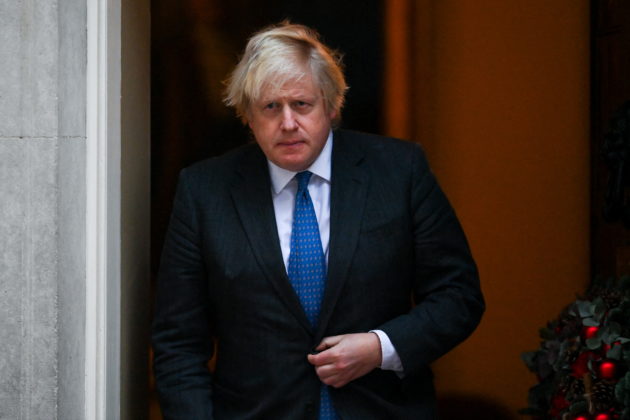 LONDON (Reuters) -British Prime Minister Boris Johnson said on Tuesday that he would not be introducing new COVID-19 restrictions in England before Christmas, but the situation remained extremely difficult and the government might need to act afterwards.

Britain has reported record levels of COVID-19 cases over the past week as the highly transmissible Omicron variant spreads, and hospitalizations are also rising.

Johnson held a more than two-hour meeting with his cabinet to discuss the latest COVID-19 data on Monday. Media reported several ministers had pushed back against the prospect of new curbs before Christmas, despite warnings from some scientists.

“We don’t think today that there is enough evidence to justify any tougher measures before Christmas,” Johnson said in a video posted on social media.

Uncertainty remained around how likely people were to need hospital treatment after being infected with Omicron, compared to previous variants, as well as the impact of booster doses of vaccines, which are being rolled out rapidly.

“We can’t rule out any further measures after Christmas,” Johnson added. “We continue to monitor Omicron very closely and if the situation deteriorates we will be ready to take action if needed.”

The idea of further restrictions is unpopular among Conservative lawmakers, more than 100 of whom last week voted against the introduction of new COVID-19 rules, leaving Johnson reliant on the support of the opposition Labor Party.

British media had previously reported that temporary curbs, lasting between two weeks and a month, were more likely to be introduced in England after Christmas. These could include a ban on households mixing indoors and limits on the numbers who can meet outdoors.

Earlier on Tuesday, Scottish First Minister Nicola Sturgeon set out plans for post-Christmas restrictions on large-scale events in Scotland, including the cancellation of public New Year’s Eve celebrations, as well as restricting bars and restaurants to table service.

Johnson said that while people could go ahead with their Christmas plans, he urged them to be cautious and follow advice such as keeping windows open and taking a test before visiting elderly or vulnerable relatives.