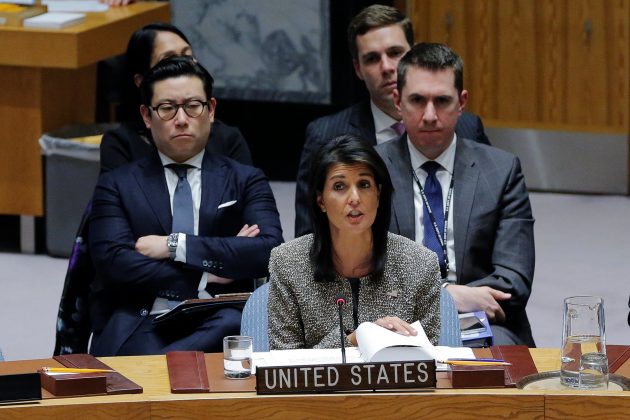 By Josh Smith and Michelle Nichols

SEOUL/UNITED NATIONS (Reuters) – The United States warned North Korea’s leadership it would be “utterly destroyed” if war were to break out after Pyongyang test fired its most advanced missile, putting the U.S. mainland within range, in violation of U.N. Security Council resolutions.

The Trump administration has repeatedly said all options are on the table in dealing with North Korea’s ballistic and nuclear weapons programmes, including military ones, but that it still prefers a diplomatic option.

“If war does come, it will be because of continued acts of aggression like we witnessed yesterday,” she said. “…and if war comes, make no mistake, the North Korean regime will be utterly destroyed.”

Haley said the United States has asked China to cut off oil supply to North Korea, a drastic step that Beijing – the North’s neighbour and sole major trading partner – has so far refrained from doing. Trump and Chinese President Xi Jinping talked on the phone earlier on Wednesday.

“Just spoke to President Xi Jinping of China concerning the provocative actions of North Korea. Additional major sanctions will be imposed on North Korea today. This situation will be handled!” Trump wrote on Twitter.

Previous U.S. administrations have failed to stop North Korea from developing nuclear weapons and a sophisticated missile programme. Trump, who has previously said the United States would “totally destroy” North Korea if necessary to protect itself and its allies from the nuclear threat, has also struggled to contain Pyongyang since he came to office in January.

Urging China to use its leverage and promising more sanctions against North Korea are two strategies that have borne little fruit so far.

In a speech in Missouri about taxes, Trump, who has traded insults with the North in the past, referred to North Korean leader Kim Jong Un with a derisive nickname.

“Little Rocket Man. He is a sick puppy,” Trump said.

For a graphic on North Korea’s missile program, click http://tmsnrt.rs/2twm7W3 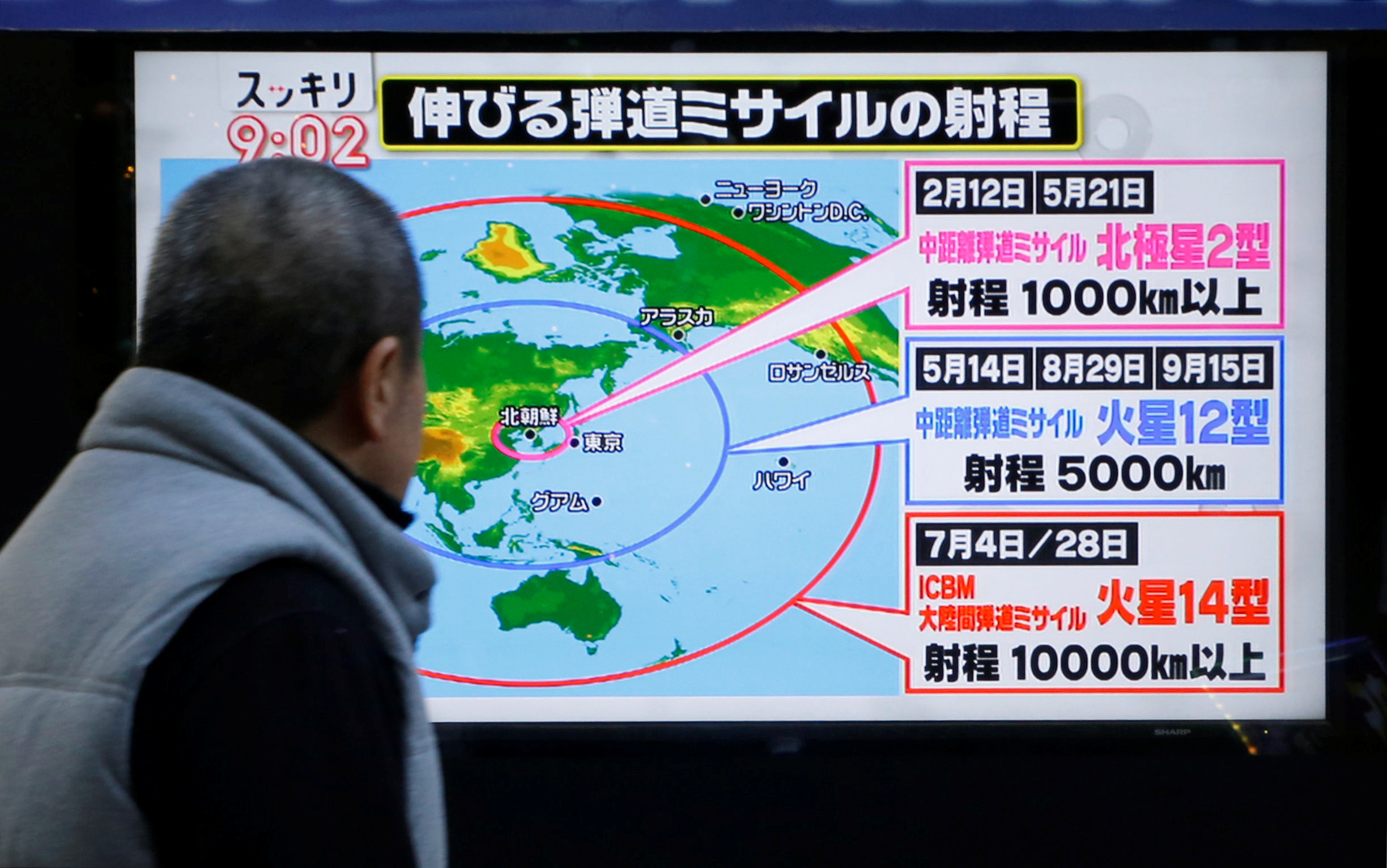 North Korea, which conducted its sixth and largest nuclear bomb test in September, has tested dozens of ballistic missiles under Kim’s leadership.

Pyongyang has said its weapons programmes are a necessary defence against U.S. plans to invade. The United States, which has 28,500 troops in South Korea as a legacy of the 1950-53 Korean War, denies any such intention.

North Korean state media said on Wednesday the intercontinental ballistic missile (ICBM) was launched from a newly developed vehicle in a “breakthrough” and that the warhead could withstand the pressure of re-entering the atmosphere.

Kim personally guided the missile test and said the new launcher was “impeccable”. Pyongyang claimed it had “finally realized the great historic cause of completing the state nuclear force”.

Russia’s U.N. Ambassador Vassily Nebenzia called on North Korea to stop its weapons tests and for the United States and South Korea not to hold military drills in December as it would “inflame an already explosive situation”.

The official China Daily newspaper said in an editorial that the latest launch may have been prompted by the Trump administration’s decision to label North Korea a sponsor of state terrorism.

Beijing wants the two “belligerents” to calm down and is vexed that a golden opportunity to encourage Pyongyang into talks was “casually wasted” by the Trump administration, the paper said.

“The clock is ticking down to one of two choices: learning to live with the DPRK having nuclear weapons or triggering a tripwire to the worst-case scenario,” it added.

It flew higher and longer than any North Korean missile before, landing in the sea near Japan.

Photos released by North Korean state media appeared to show a missile being positioned on the launch site by a mobile vehicle, designed to allow the missile to be fired from a wider number of areas to prevent it being intercepted before launch.

Kim is shown laughing and smiling with officials both next to the missile as it is readied, and in a control booth. The launch itself shows the missile lifting off amid smoke and fire, with Kim watching from a field in the distance.

U.S. intelligence analysts have concluded from satellite and other data that the test missile was fired from a fixed position, not a mobile launcher, three U.S. officials said.

The photos also revealed a larger diameter missile, which could allow it to carry a larger warhead and use a more powerful engine, said David Wright of the Union of Concerned Scientists, a U.S.-based nonprofit science advocacy group.

Three U.S. intelligence analysts said they were trying to assess whether North Korea’s comments meant Kim might now be open to a longer halt in testing in order to reopen negotiations that might help prevent, or at least defer, the imposition of additional sanctions.

The officials also noted, however, that North Korea has not proved it has an accurate guidance system for an ICBM or a re-entry vehicle capable of carrying a nuclear warhead and surviving a return from space through Earth’s atmosphere, meaning further tests would be needed.

An international meeting in Canada in January is designed to produce “better ideas” to ease tensions over Pyongyang’s nuclear and ballistic missile tests, Canadian officials said on Wednesday, although North Korea itself will not be invited.

U.S. Secretary of State Rex Tillerson said on Wednesday the United States has “a long list of additional potential sanctions, some of which involve potential financial institutions, and the Treasury Department will be announcing those when they’re ready to roll those out”.

(For a graphic on North Korea’s missile and nuclear tests, click http://tmsnrt.rs/2f3Y8rQ )