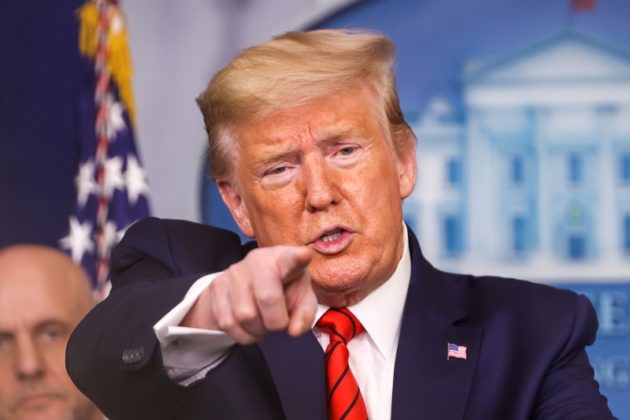 By David Shepardson and Humeyra Pamuk

WASHINGTON (Reuters) – The United States on Thursday raised its travel alert to the highest for the entire world, urging Americans not to go overseas while calling those abroad to return to the United States immediately due to the impact of the coronavirus outbreak.

“In countries where commercial departure options remain available, U.S. citizens who live in the United States should arrange for immediate return to the United States, unless they are prepared to remain abroad for an indefinite period,” the U.S. State Department said in its advisory.

It also asked Americans to have a travel plan that does not rely on the U.S. government.

“If you choose to travel internationally, your travel plans may be severely disrupted, and you may be forced to remain outside of the United States for an indefinite timeframe,” the advisory said.

Politico first reported the news ahead of the announcement.

The move comes a day after the State Department said it was suspending all routine visa services as of Wednesday in most countries worldwide due to the virus, a move that will potentially impact hundreds of thousands of people.

The coronavirus, which emerged in China late last year, has now infected over 236,000 people and killed more than 9,700, an epidemic that has stunned the world and drawn comparisons with painful periods such as World War Two, the 2008 financial crisis and the 1918 Spanish flu.

Normal life has come to a standstill pretty much across the globe with schools shut down, flights and industries halted, sports and arts events postponed and people are advised or at times forced by their governments to remain indoors to prevent the spread.

Earlier U.S. President Donald Trump had declined to confirm the plan. “We haven’t had the meeting yet,” Trump told reporters at a news conference at the White House.