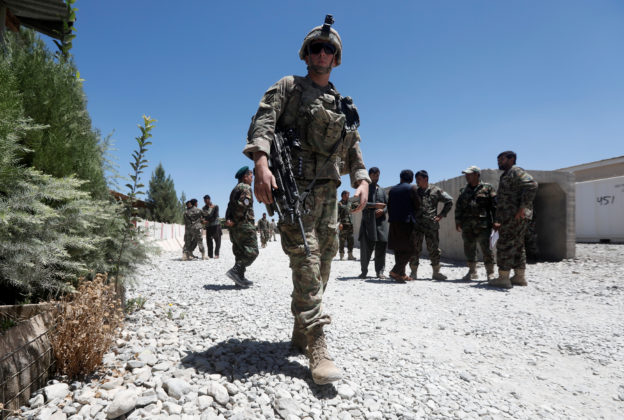 WASHINGTON (Reuters) – The number of U.S troops in Afghanistan has been reduced to 2,500, the lowest level of American forces there since 2001, the Pentagon said on Friday.

In November, President Donald Trump’s administration said it would sharply cut the number of U.S. forces in Afghanistan from 4,500 to 2,500 by mid-January, stopping short of a threatened full withdrawal from America’s longest war after fierce opposition from allies at home and abroad.

“Moving forward, while the Department continues with planning capable of further reducing U.S. troop levels to zero by May of 2021, any such future drawdowns remain conditions-based,” acting Defense Secretary Chris Miller said in a statement on reaching 2,500 troops.

On Monday, Reuters reported the U.S. military had not halted an American troop withdrawal from Afghanistan, despite a new law prohibiting further reductions without the Pentagon sending Congress an assessment of the risks.

A Pentagon spokesman, Army Major Rob Lodewick, on Friday said Trump had signed a waiver allowing for the troop reduction, though it appears to have happened when the move was already complete.

“Convention dictates that reducing troop levels, associated equipment and adjusting associated force protection requirements across a country-wide combat zone is not something that can be paused overnight without increasing risk to the force and core mission goals,” Lodewick said.

U.S. forces invaded the country after the Sept. 11, 2001, attacks on the United States by the Islamist al Qaeda group based in Afghanistan. At its peak in 2011, the United States had more than 100,000 troops there.

President-elect Joe Biden has given few clues on what his plans are for Afghanistan. However, one option could be to leave a small counterterrorism force in the country, where its former Taliban rulers, al Qaeda and the Islamic State militant group still have a presence.