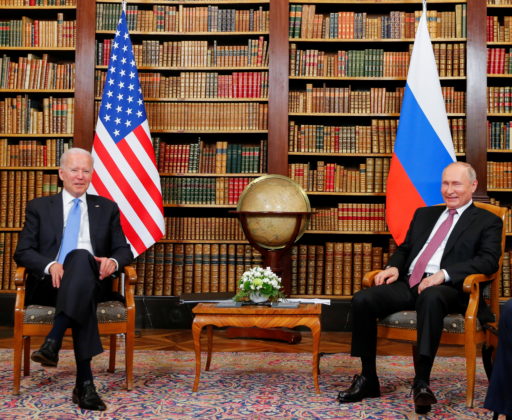 By Stephanie Nebehay and Jonathan Landay

TASS news agency cited Ryabkov as saying he was satisfied with the consultations and that the United States showed readiness for a constructive dialogue at the talks.

Armed with mandates from their leaders, it was the first time in nearly a year that the sides had held so-called strategic stability talks amid frictions over a range of issues, including arms control.

U.S. President Joe Biden and Russian President Vladimir Putin, whose countries hold 90% of the world’s nuclear weapons, agreed in June to launch a bilateral dialogue on strategic stability to “lay the groundwork for future arms control and risk reduction measures”.

After informal consultations aimed at “determining topics for expert working groups” in the next round, the two sides agreed to reconvene in late September, State Department spokesman Ned Price said in a statement.

Calling the discussions “professional and substantive,” he said the U.S. side discussed its policy priorities, the current international security environment, “the prospects for new nuclear arms control” and the format for further talks.

The decision to meet again showed the sides understand the need to resolve arms control disputes, a senior State Department official said, that have seen an end to several Cold War-era treaties, including one that limited intermediate-range missiles.

“We know we have a responsibility as the largest nuclear weapons states to find a way to improve strategic stability to deal with a deteriorating arms control architecture,” the official briefed reporters on condition of anonymity.

That includes dealing with threats posed by “new emerging technologies that can upset strategic stability,” the official said.

Such new threats could include artificial intelligence-controlled weapons, possible cyber attacks on existing nuclear weapons systems and more esoteric arms such as highly maneuverable aerial or submerged hypersonic weapons that can evade defenses.

Andrey Baklitskiy, senior research fellow at the Center for Advanced American Studies at Moscow State Institute of International Relations, told reporters in Geneva: “We are starting with a new U.S. administration, starting pretty much from scratch.

“It’s just meet and greet and try to establish some basic understandings,” he said.

Russia and the United States in February extended for five years the bilateral New START nuclear arms control treaty days before it was set to expire.

The treaty limits the numbers of strategic nuclear warheads, missiles and bombers that Russia and the United States can deploy.

The two sides had been expected to discuss which weapons systems and technologies are of greatest concern.

“For example, Russia still has concerns with U.S. modification of heavy bombers and launchers to launch ballistic missiles, and that’s been there for a while now,” Baklitskiy said.

The Biden administration has asserted that Russia has engaged unilaterally in low-yield nuclear testing, in violation of a nuclear testing moratorium, he said.